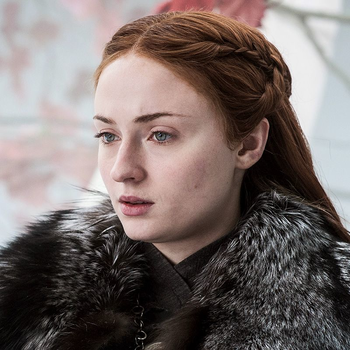 Elder daughter of Eddard and Catelyn Stark and their second child. Raised as a lady, Sansa is the most naive of the Stark children at the start of the series, becoming a pawn in the machinations of the other characters. However, the realities and myriad tragedies of Westeros harden her heart as time wears on and circumstances force her to become savvier and more cunning — a real player in the Game of Thrones.