"Frankly, the nine of them are more alike than they care to admit. They hire the same soldiers to fight the same wars for the same rulers -- the Rich, be they called magisters or archons or what have you."
— Ser Jorah Mormont History and Lore: The Free Cities

Volantis, Pentos, Braavos, Norvos, Qohor, Myr, Lys, Tyrosh and Lorath are nine merchant city-states located on the western part of the continent of Essos. Originally, these cities were colonies, offshoots and outposts of the Valyrian Freehold but after the Doom of Valyria consumed the famous capital, these cities became the only remains of a great civilization. Valyria has since become a diseased and smoky ruin, uninhabitable and abandoned but the other cities continue to thrive. Since the Doom, the Free Cities have involved themselves in numerous petty wars against each other seeking to install a new hegemony to replace the Freehold. 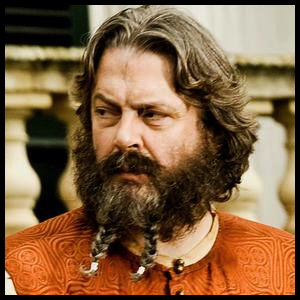 "What good is war now? We are not ready."

A wealthy magister of the free city of Pentos. Illiyrio was the host of the Targaryens after their escape from Westeros. He arranged Daenerys' marriage to Khal Drogo. He conspires with Lord Varys for the returning of the Targaryens to the Iron Throne. 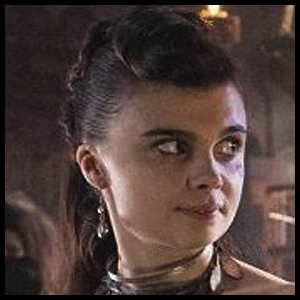 A Volantene prostitute and a slave. 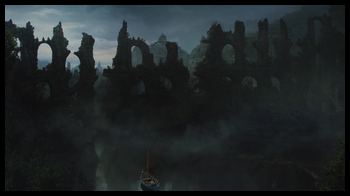 "At its height, the Valyrian Freehold ruled over half the known world. Not bad for former shepherds."
— Ser Jorah Mormont, History and Lore: The Free Cities

The former seat of the Dragon Lords of Valyria, ancestral home to House Targaryen, and former capital of the Valyrian Empire, widely considered the greatest civilization to have ever existed. Several centuries before the start of the series Old Valyria was set upon by some natural/cosmic event that destroyed the entire landmass to the point where it was physically broken into several islands surrounded by a smoking ocean. This event is referred to as the Doom of Valyria, and the islands are now only inhabited by victims of advanced Greyscale disease, known as the Stone Men. 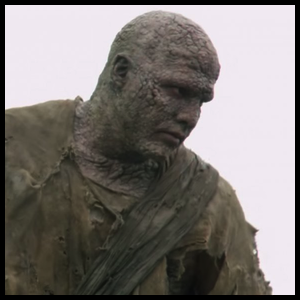 Victims of advanced Greyscale infection, these semi-humans are shipped off to Old Valyria to prevent their disease from reaching pandemic levels in Westeros and elsewhere.

The Dragon Lords of Valyria

The former inhabitants of The Valyrian Freehold and ruling class of the Valyrian Empire, the Dragon Lords of Valyria came from a tribe of shepherds, until they happened upon the dragons that shared their continent. Over time they figured out how to tame and control the dragons as well as forge the legendary Valyrian Steel, and with this they spread across their continent and conquered it wholly from the backs of their dragons, and later moved on to Westeros and Essos. They created wonders of architecture and their civilization was considered the pinnacle of all civilizations at that time. Unfortunately, it was not to last, and their great empire was laid to waist to by the Doom of Valyria and now their once proud homeland lies in ruin and they are all but forgotten. 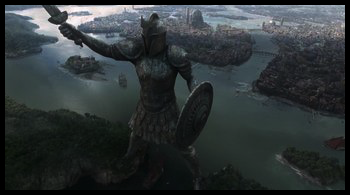 "Braavos is the strangest, a city erected not by the Freehold, but against it. A labyrinth of illusion and deceit to hide the refugees from Valyria's slave-lords. After the Doom, the city emerged from the shadows to become one of the greatest banking centers in the world."
— Ser Jorah Mormont, History and Lore, "The Free Cities"

Braavos is the richest of the Free Cities, located North of Essos across the Narrow Sea from the Vale of Arryn. Syrio Forel and Jaqen H'ghar hail from this city and as of Season 5, Arya Stark of Winterfell, exiled from Westeros, has become a resident of the city. Its feared Iron Bank has also made its presence felt in Westerosi politics. It is a City of Canals that is guarded by a massive statute, the Titan of Braavos.

Syrio Forel was the former First Sword of Braavos to the Sealord. After completing his service, he arrived at King's Landing in Westeros where former Hand of the King Ned Stark invited him to train his daughter Arya in the Braavosi fencing technique. See House Stark Household. 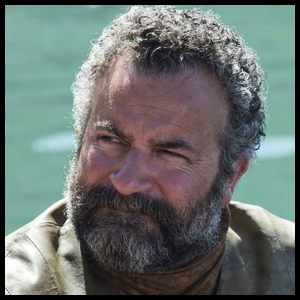 The captain of the Titan's Daughter, a trading galleon from Braavos.

A prostitute living in Braavos.

The Iron Bank is an almost-incalculably wealthy banking organization based in the Free City of Braavos. It is perhaps the single largest economic force in the known world. As a result of the War of the Five Kings and mysterious transactions by former Master of Coin, Petyr "Littlefinger" Baelish (and, more generally, the post-Targaryen Kings of Westeros), the Iron Throne is tens of millions in debt to the Bank. 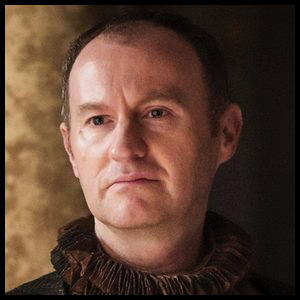 Nestoris: And you feel your blood gives you a claim on our gold?
Stannis: More than any man living.

A representative of the Iron Bank of Braavos, with whom Stannis negotiates for a loan to fund his efforts against his enemies.

General
An ancient order of Assassins located in a tiny Island in the city of Braavos. They are the most feared Assassins in the world.
"Jaqen H'ghar" 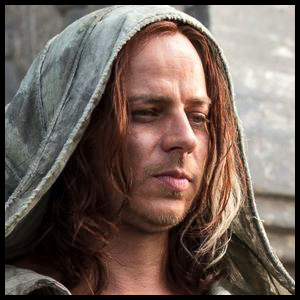 "Help was not promised, lovely girl. Only death."

"You stole three deaths from the Red God. We have to give them back. Speak three names, and the man will do the rest."

One of the feared Faceless Men who are headquartered in Braavos, he took the alias Jaqen H'ghar and ended up imprisoned in the Red Keep. He was being transported to the Wall to serve in the Night's Watch when the convoy was attacked, after which he was released. During his travels, he made the acquaintance of fellow fugitive Arya Stark, who he later invited to Braavos. In Season 5, Arya arrives in Braavos and finds him in a new role as her Mentor in the House of Black and White. His character is actually a combination of several Faceless Men bearing his face. 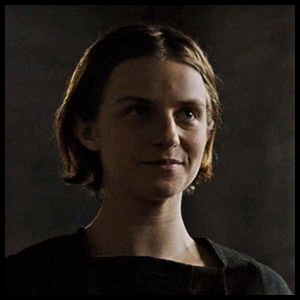 An acolyte of the Faceless Men serving in the House of Black and White in Braavos. 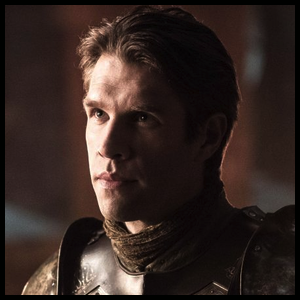 The captain of the Golden Company.