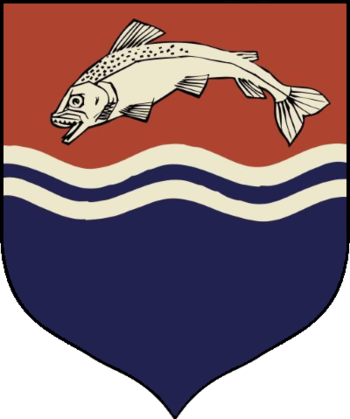 Great House of the Riverlands, the only constituent part of the Seven Kingdoms that was not a kingdom before Aegon's conquest. Their central, flat location ensures that the Tullys will be drawn into the fight whenever there is a war between the other houses, whether they like it or not.

House Tully's ancestral seat, Riverrun, is built where the Tumblestone meets the Red Fork, one of the three constituents of the Trident. It is naturally protected on two sides by those rivers, and a man-made moat between them can cut it off on the third. It is, for most intents and purposes, unassailable.

"Every time he would leave for the capital or fight in a campaign I'd see him off. 'Wait for me, little Cat', he'd say. 'Wait for me and I'll come back to you'."
— Catelyn Stark

The late Lord of Riverrun and father of Catelyn, Lysa, and Edmure. 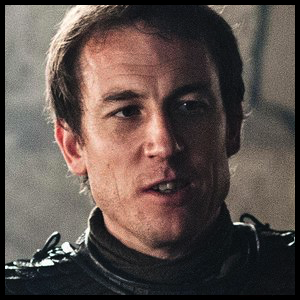 Brynden Tully: The gods love to reward a fool.
Catelyn Stark: Uncle!
Brynden Tully: What? He's my nephew. I love him. And he's a damned fool.

Son of Hoster and the new Lord of Riverrun and Lord Paramount of the Riverlands. A competent man in the politics of peacetime, in time of war not so much. 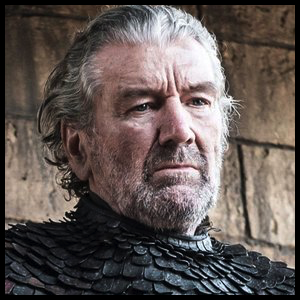 "As long as I'm standing, the war is not over."

Edmure Tully: The Laws of Gods and Men are very clear, no man can compel another man to marry!
Brynden Tully: The laws of my fist are about to compel your teeth!

Hoster's younger brother, a knight. Acknowledged far and wide as one of the best knights and tacticians in Westeros, and a grade-A badass. 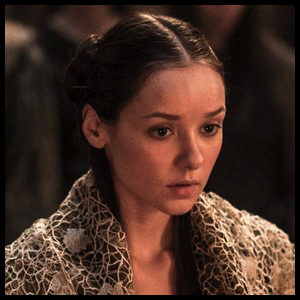 "Lord Edmure... I hope I'm not a disappointment to you."

A daughter of Walder Frey who wed Edmure Tully. She is 19 years old. 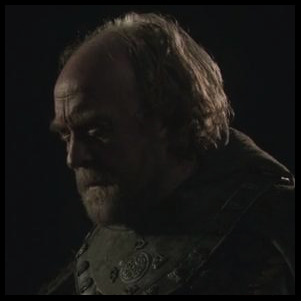 Another Riverlord. Jonos Bracken is the Lord of Stone Hedge.