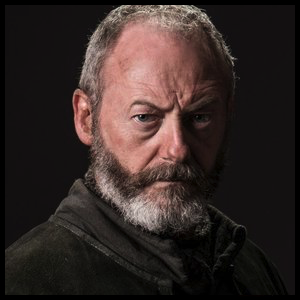 "You want me to have a god? Fine. King Stannis is my god. He raised me up and blessed me with his trust, he gave you a future I could never have imagined. You know how to read, you'll be a knight someday, you think a fire god commanded all that? It was Stannis, only Stannis."

A former smuggler who gained his knighthood by smuggling onions to the besieged Storm's End, garrisoned by Stannis and his men, during Robert's Rebellion. For the onions he was granted a knighthood and choice lands, for the smuggling Stannis cut off four fingers of his right hand (his left in the books; Liam Cunningham's a southpaw). 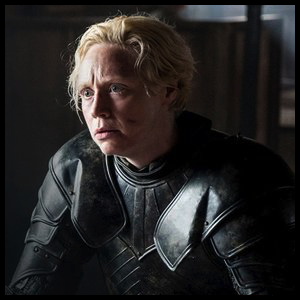 "All I ever wanted was to fight for a lord I believed in. But the good lords are dead and the rest are monsters."

A tall, masculine-looking woman who feels more comfortable wearing a suit of armor than a dress, the only child of Lord Selwyn Tarth, known as the Evenstar. Originally introduced as a warrior sworn to King Renly Baratheon, she swears herself to Catelyn Stark after the latter helps her escape being falsely accused of Renly's murder. Since Catelyn's death, Brienne has made it her mission to fulfill her oath to retrieve Sansa and Arya and take them somewhere safe. 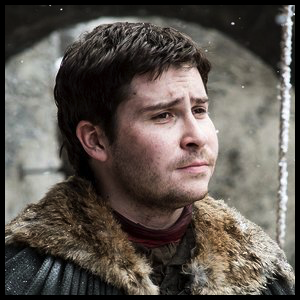 "If you wouldn't snap at me I wouldn't learn anything."

Tyrion's trusted young squire. Hails from a lesser branch of House Payne, the family of executioner Ilyn Payne. Later becomes Brienne's squire as she starts her quest to find Sansa once Tyrion realizes King's Landing is too dangerous for him. 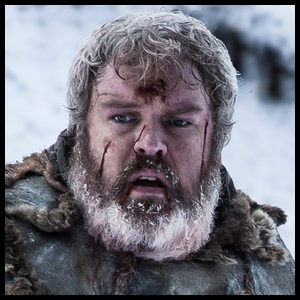 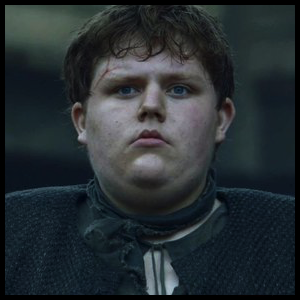 A large, mentally challenged servant at Winterfell. He used to be a stable boy. Now he is Bran's "horse". 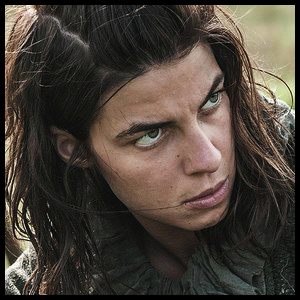 "The cold winds are rising."

"The little lads have suffered enough."

A wildling woman taken prisoner by Robb Stark and permitted to serve in Winterfell. 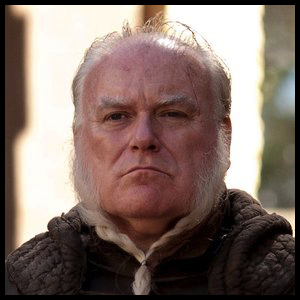 "He who passes the sentence should swing the sword, coward."

An elderly knight and Master-of-Arms at Winterfell. Uncle to Jory Cassel. 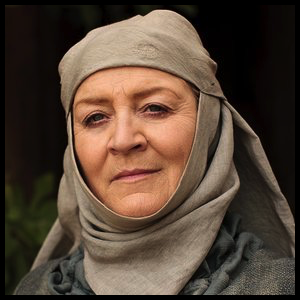 "No one could ever hate you."

A Septa in service of House Stark as a governess and tutor for Sansa and Arya. 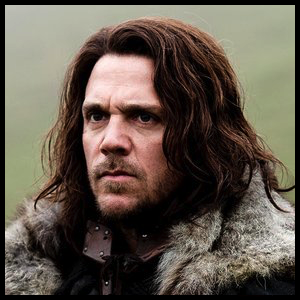 "If you threaten my lord again..."

Arya: How many guards does my father have?
Jory: Here in King's Landing? Fifty.
Arya: You wouldn't let anyone kill him, would you?
Jory: No fear of that, little lady.

The Captain of the Stark household guard and a loyal servant of Ned Stark. Rodrik Cassel's nephew. 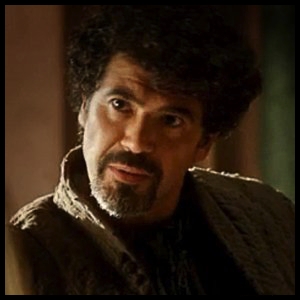 "The First Sword of Braavos does not run."

A Master Swordsman hired by Ned to instruct Arya in water dancing, the Braavosi way of the sword. 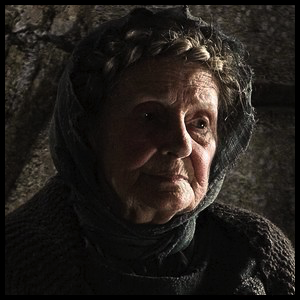 "I know a story about a boy who hated stories."

"So is this the sort of story that you like?"

A retired servant living in Winterfell who is known for her tale-telling abilities.

Balon Greyjoy's only living son who was taken by Ned Stark to ensure his father's good behavior after he rebelled against the throne. See Game of Thrones - Theon Greyjoy

"Lord Stark, there are five pups, one for each of the Stark children. The direwolf is the sigil of your house. They were meant to have them."
— Jon Snow

A litter of six direwolf pups found south of the Wall by Eddard Stark and his sons, the first ones to be seen so far south in a long time. Taking it as an omen, a pup is given to each of the six Stark children — Robb, Sansa, Arya, Bran, Rickon, and Jon Snow, Ned's illegitimate son — becoming their companions.

During Season 1, the show used adult Northern Inuit dogs to stand in for the young direwolves. From Season 2, all the direwolves are recreated with CGI, though using actual wolves. 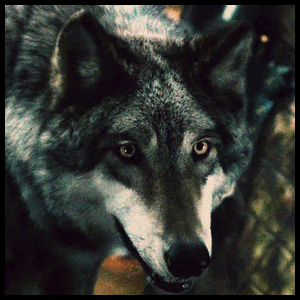 Robb's direwolf, who accompanies him in battle. 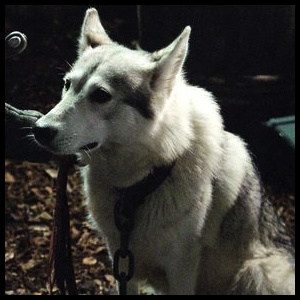 Sansa's direwolf, the gentlest of the litter. 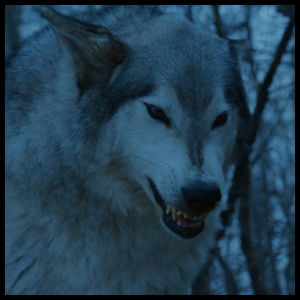 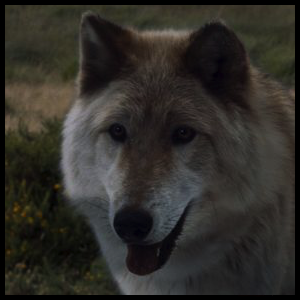 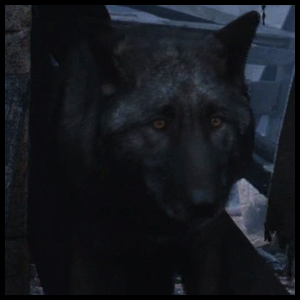 Rickon's direwolf, all black in color. 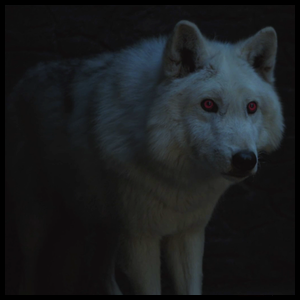 Jon's direwolf, an albino. Ghost is found last, having separated from his mother's corpse and siblings.