open/close all folders
The White Walkers 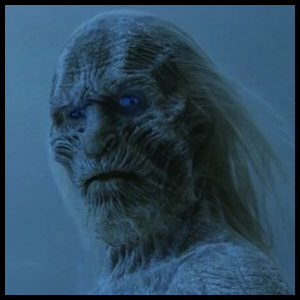 "Oh, my sweet summer child, what do you know about fear? Fear is for the winter, when the snows fall a hundred feet deep. Fear is for the long night, when the sun hides for years, and children are born and live and die all in darkness. That is the time for fear, my little lord, when the White Walkers move through the woods."
— Old Nan

A legendary race from beyond the Wall. Eight thousand years ago, during a generation-long winter called the Long Night, they descended on Westeros with an army of undead warriors. In a conflict known as the War for the Dawn, they were eventually defeated and driven back into the north by the First Men and the Children Of The Forest, leading to the construction of the Wall and the establishment of the Night's Watch. Now they have resurged, and are rebuilding their army of the dead to march on the south. Essos and the Seven Kingdoms are mostly unaware of their resurgence and doubt they ever existed, but those who do know of them consider their return a dark omen; if the living are not ready to face the Walkers when they come for the Seven Kingdoms, civilization is doomed. 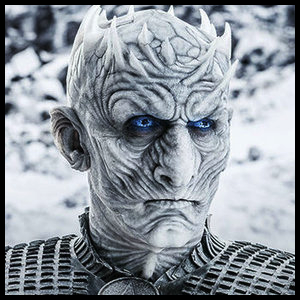 "The true enemy won't wait out the storm. He brings the storm."
— Jon Snow 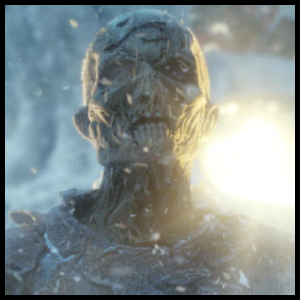 "They were touched by White Walkers. That's why they came back. That's why their eyes turned blue. Only fire will stop them."
"We're all the same to them, meat for their army."
— Jon Snow

Corpses of humans and animals, raised by the White Walkers to act as their enforcers. Vulnerable only to fire.

Advertisement:
The Children of the Forest 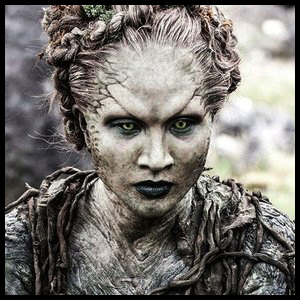 "We were at war, we were being slaughtered, our sacred trees cut down. We needed to defend ourselves."
Click to see Leaf as played by Octavia Alexandru 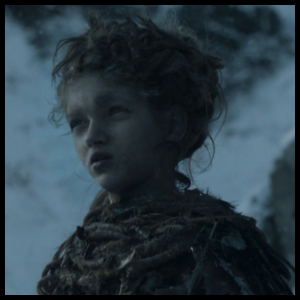 "The First Men called us The Children, but we were born long before them."

The original inhabitants of Westeros, who carved the faces into the weirwood groves where the Old Gods are worshiped. When the First Men reached Westeros the two races warred against each other, but eventually a peace was made, called the Pact. The Children fought alongside the First Men against the White Walkers when they appeared during the Long Night. When the Andals arrived they burned the weirwood groves south of the Neck and drove the Children into the wilderness beyond the Wall, where it is believed they dwindled to extinction. But rumors persist that they still survive somewhere, and are waiting for the return of their old enemies. 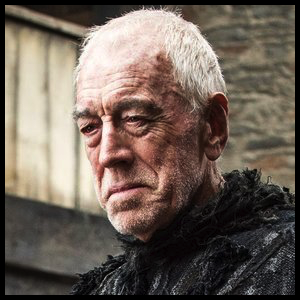 "You will never walk again. But you will fly."
Click to see the Three-Eyed Raven as played by Struan Rodger. 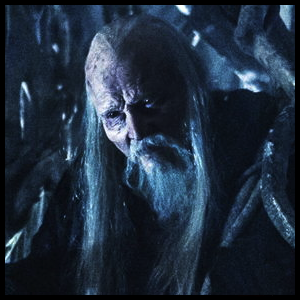 "I have been many things. Now I am what you see."

A greenseer whose human body is bonded to the roots of a Weirwood tree. He has sought out Bran Stark to help develop his own warging abilities, appearing in his visions as an eerie raven with three eyes. He appears in his physical form at the end of Season 4, being enmeshed in the roots of a large weirwood tree, located beneath a cave on a hill.