Characters / A Song of Ice and Fire - Beings Beyond the Wall

This is a listing of species and beings that live in Westeros Beyond the Wall in A Song of Ice and Fire.

"The giants are almost gone as well, they who were our bane and our brothers."
—Leaf

Giants are a legendary Dying Race that still lives beyond the Wall. They too have joined Mance Rayder's army. 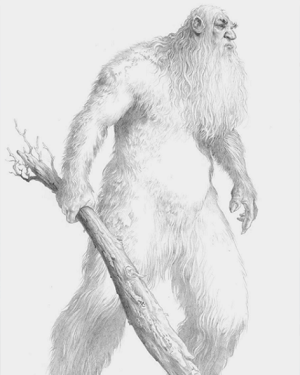 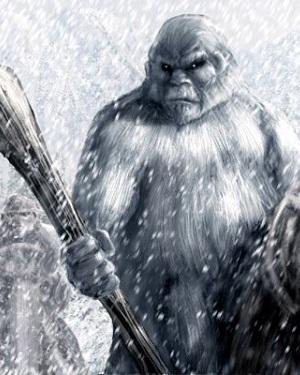 The closest thing to a leader among Mance's giants.
Wun Wun

A giant that is discovered by a ranging during A Dance With Dragons. He eventually joins the Night's Watch, albeit unofficially.

The Children of the Forest

"They were a people of the Dawn Age, the very first, before kings and kingdoms; in those days, there were no castles or holdfasts, no cities not so much as a market town to be found between here and the sea of Dorne. There were no men at all. Only the children of the forest dwelt in the lands we now call the Seven Kingdoms."

The Children of the Forest, sometimes referred to simply as the "Children", are a mysterious non-human race that originally inhabited the continent of Westeros long before the arrival of the First Men during the Dawn Age more than 12,000 years ago. The giants call them woh dak nag gram ("little squirrel people"). They call themselves Those who Sing the Song of Earth in the True Tongue. 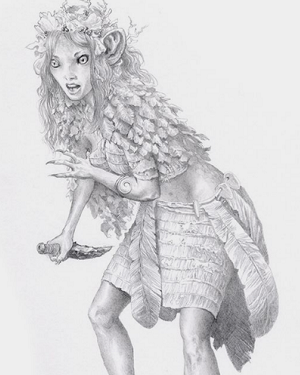 One of the Children of the Forest, living in the Cave of the Three-Eyed Crow with the Last Greenseer.

"In that darkness the white walkers came for the first time. They swept through cities and kingdoms, riding their dead Horses, hunting with their packs of pale spiders big as hounds…"

A mysterious, monstrous race from the Lands of Always Winter. Eight thousand years ago they caused the Long Night, a period of time where the dead rose and attacked the living, laying waste to the world. According to legend they were driven back by Azor Ahai and locked away behind the Wall, where the Night's Watch was established to safeguard the world from their return. Though most believe the Others are simply a myth, the monsters have returned and are once again trying to plunge the world into a never-ending Winter. 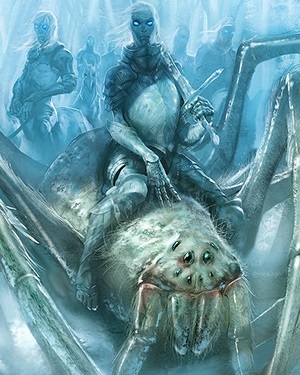 Other Entities Beyond the Wall 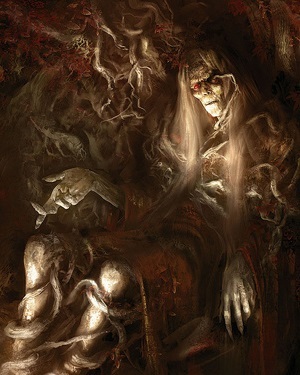 "Never fear the darkness, Bran. The strongest trees are rooted in the dark places of the earth. Darkness will be your cloak, your shield, your mother’s milk. Darkness will make you strong."

The mysterious being that haunts Bran Stark's dreams. It sends him and his companions to find it beyond the Wall. 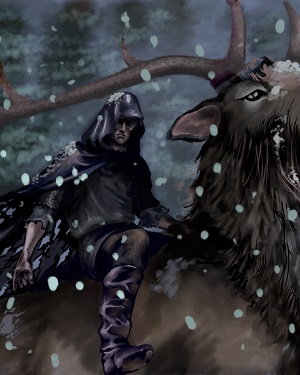 "Once the heart has ceased to beat, a man's blood runs down into his extremities, where it thickens and congeals. His hands and feet swell up and turn as black as pudding. The rest of him becomes as white as milk."

Coldhands is a mysterious figure from beyond the Wall, in league with the Three Eyed Crow and Children Of The Forest. He appears to be a ranger from the Wall reanimated as a wight, but is intelligent and seemingly benign.

Grumpkins and snarks are creatures from Westerosi folklore and fairy tales which supposedly live beyond the Wall. Nobody believes in them seriously, and nobody ever explains what they are (grumpkins are supposedly little crafty creatures similar to gnomes or goblins, which have magical powers, and snarks are completely mysterious).

Alternative Title(s): A Song Of Ice And Fire Outsiders