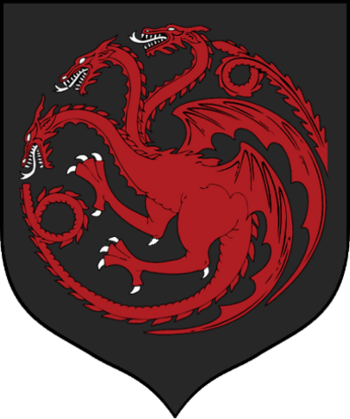 "Strike the chains off every slave you see."
"I will do what queens do. I will rule."
— Daenerys Targaryen

The sole remnant of House Targaryen, the last Valyrian house, Daenerys Targaryen rules Meereen and influences all of The Bay of Dragons (formerly known as Slavers' Bay), the last vestiges of the Ghiscari Empire. From here she fights to ensure the slave trade dies, and plans her return to the Seven Kingdoms to retake her father's throne.

Hand of the Queen Tyrion Lannister

Hand of the Queen Tyrion Lannister 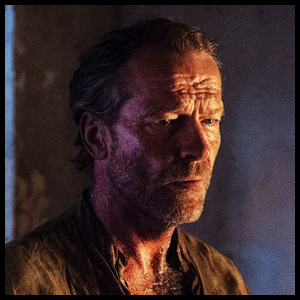 "There's a beast in every man, and it stirs when you put a sword in his hand."

Ser Jorah Mormont: The common people pray for rain, health, and a summer that never ends. They don't care what games the high lords play.
Daenerys Targaryen: What do you pray for, Ser Jorah?
Jorah: Home.

An exiled knight from the Seven Kingdoms and son of Jeor Mormont, Lord Commander of the Night's Watch. Ser Jorah pledges his sword to Viserys, has an association with Khal Drogo and accompanies both until their deaths. He becomes something of a Mentor to Daenerys, and transfers his allegiance to her. He serves as Daenerys's chief general and Lord Commander of her Queensguard, until Daenerys learns that Ser Jorah once spied for King Robert when Ser Barristan receives a copy of the pardon Ser Jorah was given after informing Varys that Daenerys was pregnant. She banishes him for it but not even that is enough to dent Jorah's loyalty to her, compelling him to earn her forgiveness. 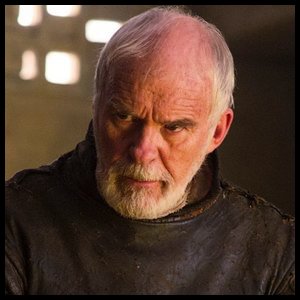 "Sometimes it is better to answer injustice with mercy."

"I burned away my years fighting for terrible kings. A man of honor keeps his vows, even if he's serving a drunk or a lunatic. Just once in my life before it's over, I want to know what it's like to serve with pride, to fight for someone I believe in."

Also known as "Ser Barristan the Bold". Lord Commander of the Kingsguard under both Aerys II and Robert, he is dismissed by Joffrey upon inheriting the throne; Selmy departs then to serve "the rightful king,' or Queen, as it turned out. Now serves as Daenerys's bodyguard and the second member of her Queensguard. 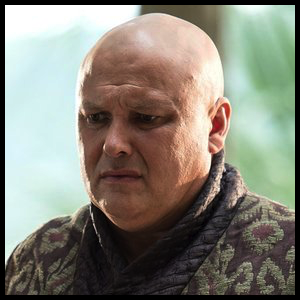 "Power resides where men believe it resides. It's a trick, a shadow on the wall."

"Storms come and go, the big fish eat the little fish, and I keep on paddling."

A eunuch and a skilled schemer. Originally from the Free City of Lys in Essos, he is unfailingly loyal to the realm as whole, but has little respect for either King Robert or King Joffrey. He's not a Lord, yet everyone calls him one. The Master of Whisperers on the Small Council for four kings, he has to flee to Essos after aiding Tyrion to escape, which results in the murder of Tywin Lannister. He backs a Targaryen restoration and Daenerys as the best option available for Westeros. 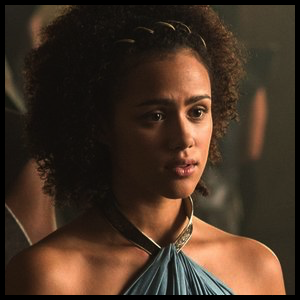 "There are no masters in the grave, Your Grace."

"I remember when they rowed us away from shore. How white the beaches were, how tall the trees. And I remember my village burning, smoke rising into the sky."

Formerly a slave owned by Kraznys mo Nakloz who he used as a translator, now with Daenerys as of "Walk of Punishment". Dany technically freed her after asking for and accepting her as a gift from Kraznys, but Missandei continues to serve her as a scribe, linguist and handmaiden. 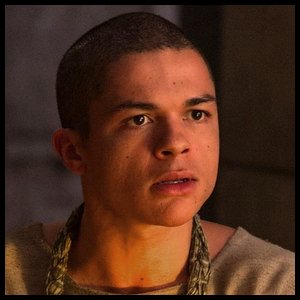 ""Mercy", "fair trial", these mean nothing to them! All they understand is blood!"

A slave from Meereen who was one of the first to rebel against the Great Masters, and later became an adviser to Daenerys Targaryen herself. 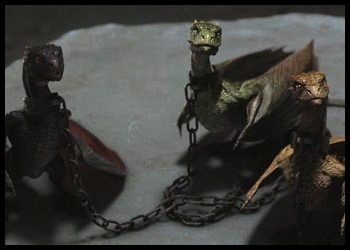 Left to right: Drogon, Rhaegal, Viserion.
"They're dragons, Khaleesi. They will never be tamed, not even by their mother."
— Jorah Mormont

Three dragons, perhaps the only ones currently alive, hatched by Daenerys. See each of their specific entries for the particular dragons, and the below for the whole bunch. 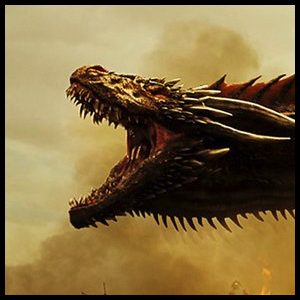 "He came from the sky. The black one. The winged shadow."

The largest of Daenerys's dragons, named after her dear departed husband, Khal Drogo. The most dominant dragon and the one with the highest kill count of the three. He serves as his "mother's" personal mount. 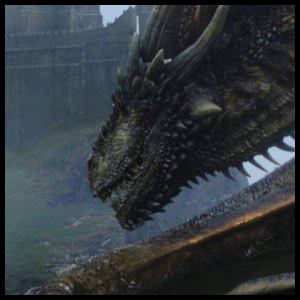 Click here for spoiler for the end of Season 7 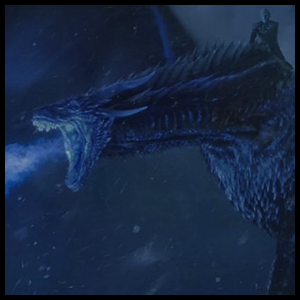 One of Daenerys's dragons, named after her late brother, Viserys. 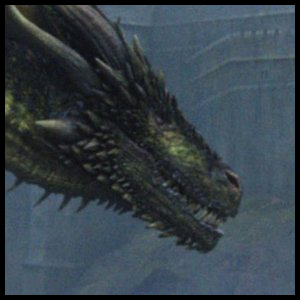 "They are my children. And they are the only children I will ever have."

One of Daenerys's dragons, named after her slain brother Rhaegar, whose death preceded even her birth.