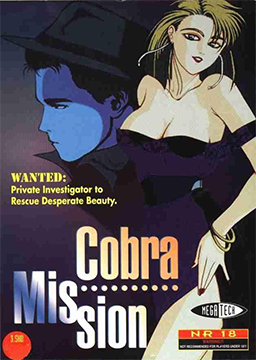 On a small island off the coast of Florida, a private detective named (by default) J.R. arrives at the request of his friend, Faythe Watson. After a run-in with some local punks that exhausts his ammo, J.R. learns why he was called in: local girls have started to disappear, among them Faythe's friend Donna. J.R. and Faythe set out to investigate, and ultimately learn that it's the work of the crimelord known only as Kaiser. (The player can rename J.R., Faythe, and - surprisingly - Kaiser.)