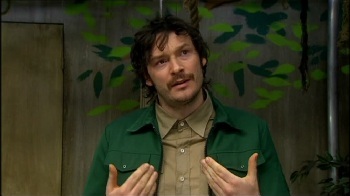 Vince Noir's best friend, constantly attempting in vain to make a better life for himself but always failing due to his ego, lack of talent, and generally insufferable personality. He worked at the Zooniverse with Vince, Naboo, Bollo and Bob Fossil in Series 1, then moved into an apartment in Series 2 and later worked at Naboo's antique store in Series 3. 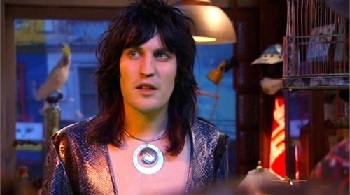 Vince is Howard's vain, shallow, flighty and impossibly attractive best friend. Exceptionally low on IQ, but makes up for it by possessing the social skills and large eyes that Howard so conspicuously lacks. 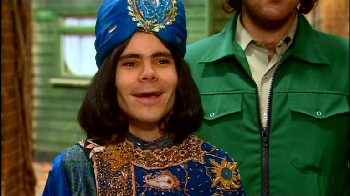 A long suffering and cynical shaman who attempts to live a peaceful life with his best friend and familiar, Bollo the Ape, but finds his life constantly disrupted by his two colleagues and later roommates, Howard and Vince. Naboo is almost always high; he does not get along with the other Shamans, especially Saboo. Naboo is technically an alien, and possesses no genitals. 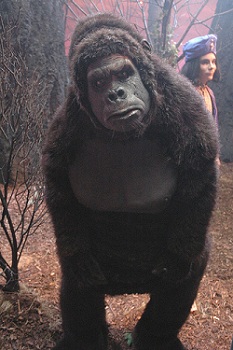 Naboo's Ax-Crazy best friend and familiar; an ape who is strong physically but hugely dim otherwise. Bollo is very fond of Vince but hates Howard, frequently mocking him or forgetting his name. 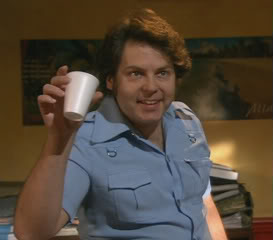 The extremely odd manager of The Zooniverse, originally a sort of Ineffectual Sympathetic Villain but after the Retool became a sort of strange ally to Vince, although he always hated Howard. Fossil ran a zoo but didn't know the names of any of the animals, and sometimes vented his frustration by throwing small children into cages. He had an enormous crush on Dixon Bainbridge and is shown to be almost kind without his presence. Later on he becomes a producer and club manager.

Portrayed By: Matt Berry
The Moon

Portrayed By: Rich Fulcher
An old jazz lover and seemingly Howard's only friend outside of Vince.

Portrayed By: Dave Brown
The Spirit of Jazz

Portrayed By: Julian Barratt and Noel Fielding
The Crack Fox