There are unmarked spoilers ahead! If you're only following the manga or anime, it's suggested that you avoid these pages at all costs.

Applicable for most if not all of the members.

Mekakushi Dan Group Member No. 0 and the original leader. For more information, see the Others section. 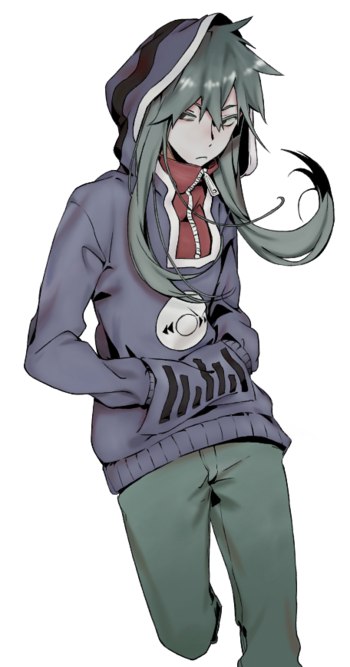 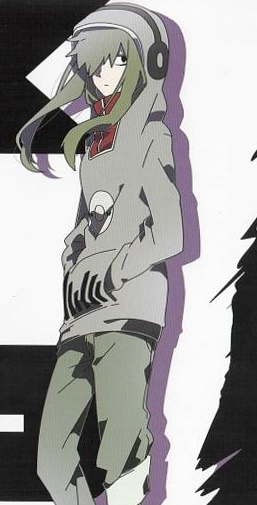 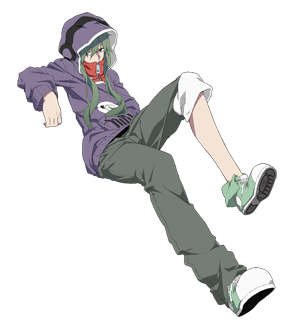 Mekakushi Dan Group Member No.1, she's the leader and tends of have difficulty keeping the rest of the members in line. She grew up with Seto and Kano in an orphanage. She always listens to music through her earphones.

Her ability is "Concealing Eyes," and it allows her to change a person's perception so as to make it seem like a person or object isn't there. This ability works only within a certain distance of herself.

It’s such nice weather~ But I wonder where this is. There’s a deer I’ve never seen before. 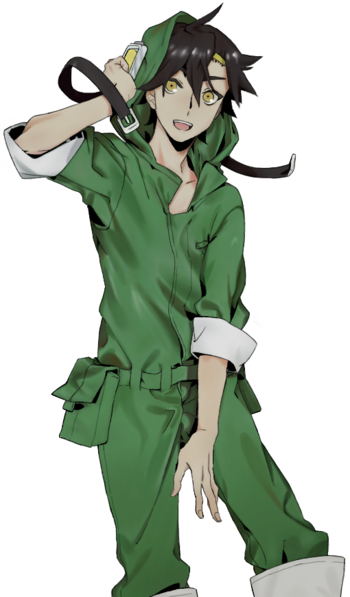 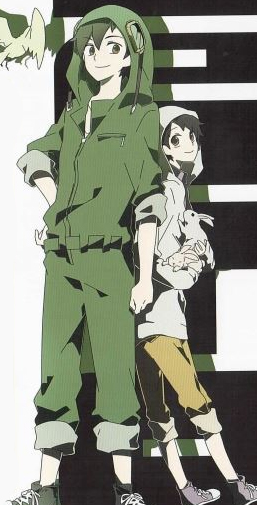 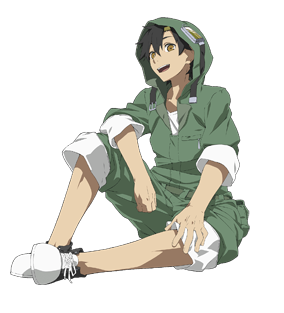 Mekakushi Dan Group Member No.2, he was raised in the same orphanage as Kido and Kano. He works various part-time jobs, and has the habit of wandering around. He was the one who invited Marry to the Mekakushi Dan.

His ability is “Stealing Eyes,” and with it he can take information from any given target just by looking at them. He doesn't really like it though, seeing as it's an ability which makes it so that he doesn't have to communicate with others, as such he rarely uses it. 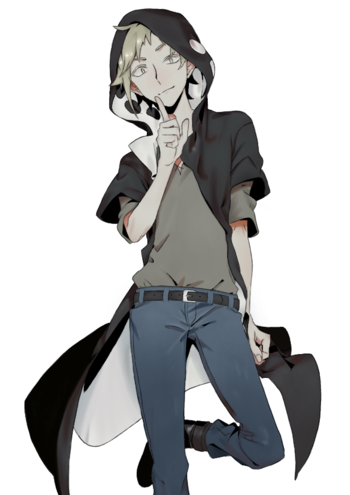 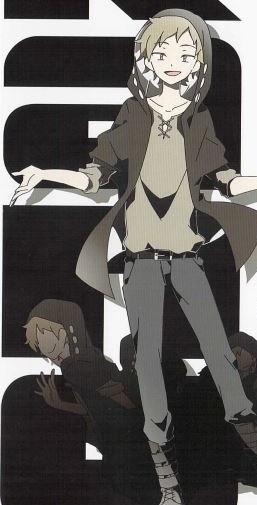 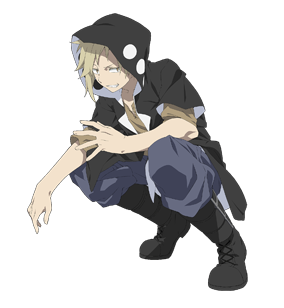 Mekakushi Dan Group Member No.3, he's rather laid back and he tends to smile all the time. He likes to tease and can be a flirt, but when it counts he's very reliable.

His ability is to “Deceiving Eyes,” which he can use to change people's perception of the things around them, making them see something different from what's actually there. However, unlike Kido's ability which can affect other things within a certain distance from her, the effects of Kano's ability are only limited to himself anything or anyone he's making physical contact with. 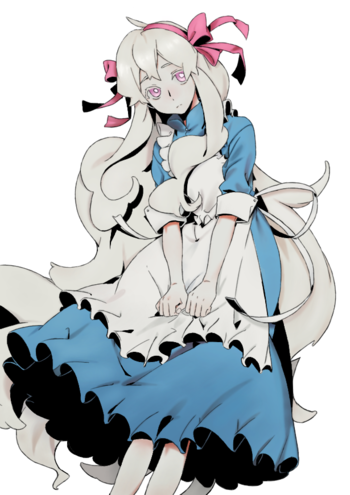 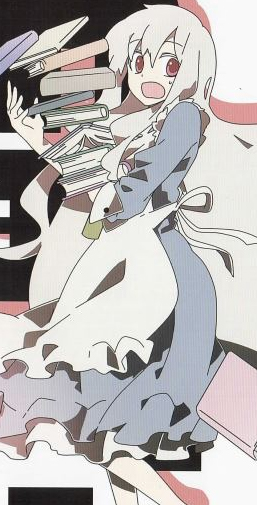 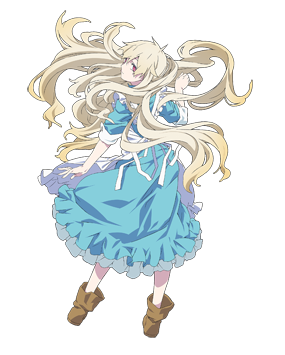 Mekakushi Dan Group Member No.4, she is very reclusive and has a hard time communicating with people she isn't familiar with. She's 1/4 gorgon, 3/4 human girl, and was raised in the forest isolated from society. When her parents died she had been living alone until Seto found her.

Her ability is “Locking Eyes,” which allows her to temporarily stop the movement of whoever meets her gaze.

I, am I really THAT abnormal!? 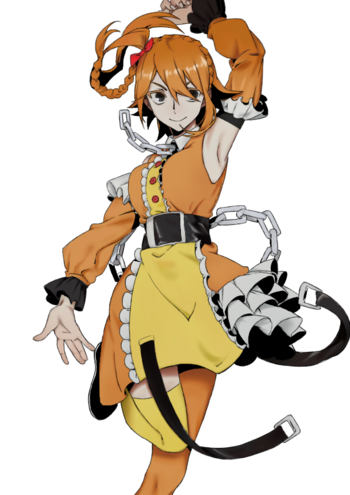 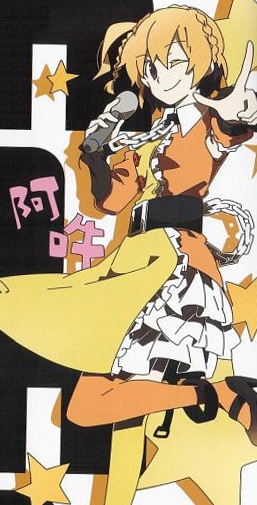 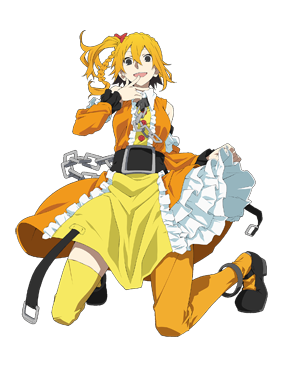 Her ability is "Drawing Eyes," a power which draws people's attention to her. She had developed this ability when she was at the beach with her father where she nearly drowned. Because of this ability, she had been alienated from people and had no friends, but once she had joined the Mekakushi Dan she became more bright and cheerful.

Let’s talk about not what you like, but what you hate!! Master! 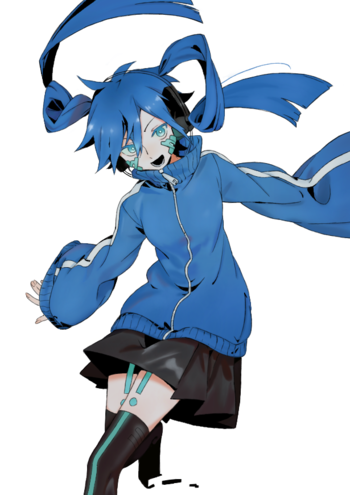 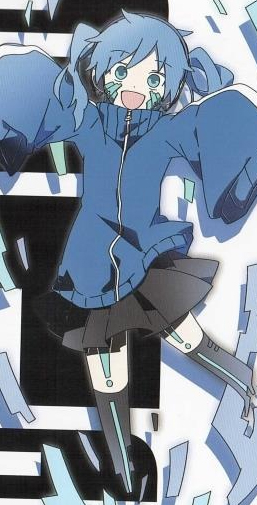 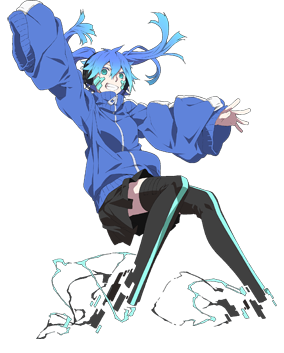 Mekakushi Dan Group Member No.6, a naive cyber girl living in Shintaro’s computer. She can easily invade anything that uses electricity so long as she has a "junction" (i.e. a USB cord) that she can "transfer" through. She enjoys doing what she can to make Shintaro's life a living hell.

She has the "Opening Eyes" ability, which allows her to project her consciousness.

I’m really sorry... Please forgive me... I didn’t know the download was illegal... 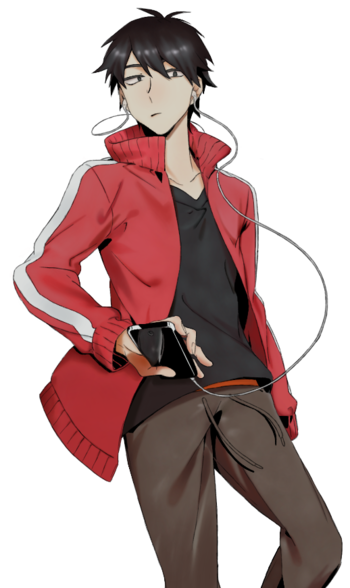 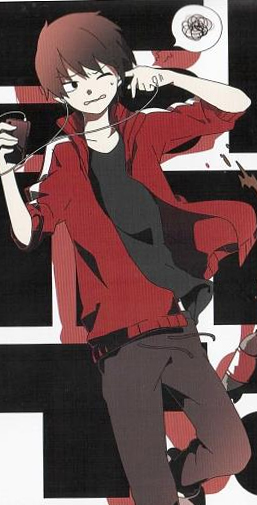 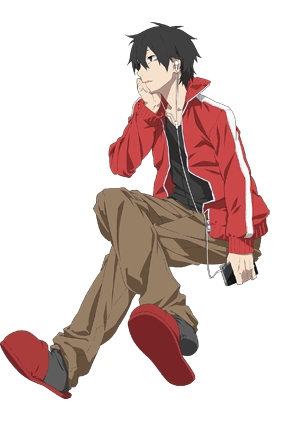 Mekakushi Dan Group Member No. 7, a hikikomori with an IQ of 168. He dropped out in his first year of high school. Since then, he didn't leave the house until two years later. He's Momo's older brother. 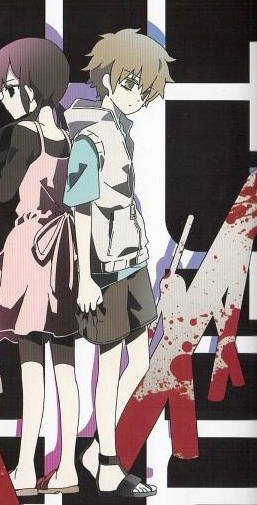 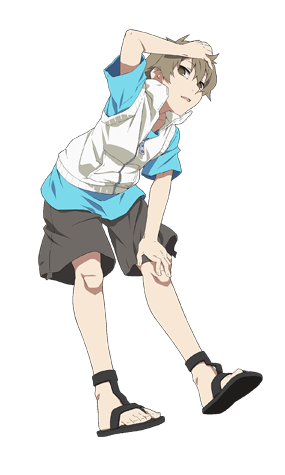 Mekakushi Dan Group Member No.8, a boy from the countryside that visits the city alongside Hiyori. He acts mature for his age, however he is very cheeky and tends to quarrel with Momo a lot.

He obtains the "Focusing Eyes" ability after a certain incident with Hiyori in which he is the only one saved. This ability allows him to see faraway objects from a birds-eye view. 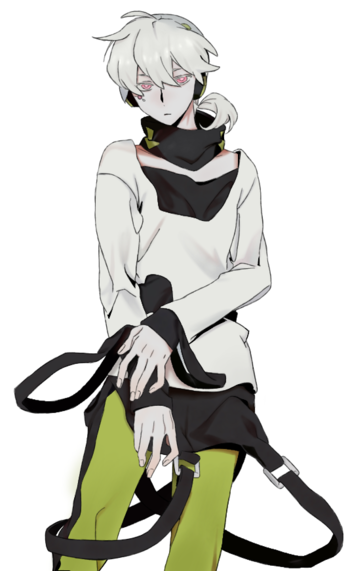 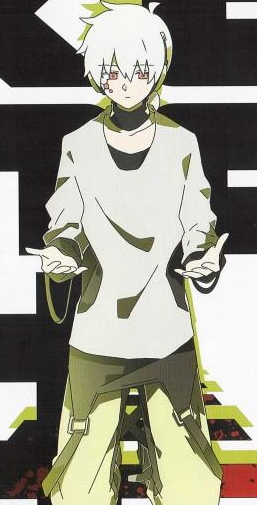 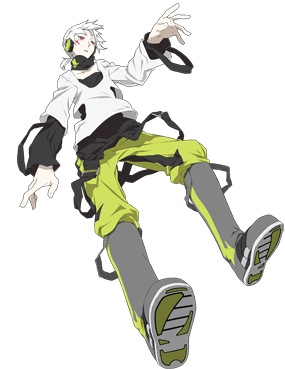 Mekakushi Dan Group Member No.9, a young man with rather... extreme amnesia. He lives at Hiyori’s sister’s house as a foster child.

He's very spacey due to his lack of memories and knowledge of the normal world, but he has a very strong sense of curiosity. He possesses extraordinary stamina and strength.