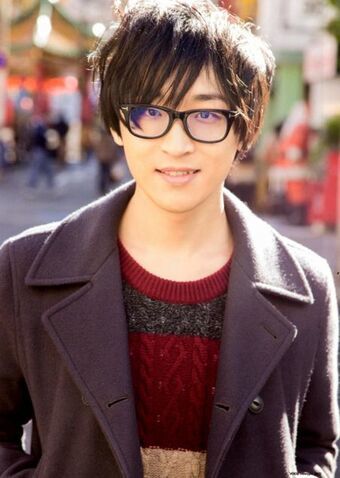 Takuma Terashima (born December 20, 1983) is an Ishikawa-born Japanese voice actor. While quite the newcomer, he's a force to be reckoned with. His voice often lands him with Hot-Blooded roles, but he's versatile enough to avoid being a Pigeonholed Voice Actor. He also has a very nice singing voice.

In 2012, he, along with fellow voice actor Hisako Kanemoto, achieved a Jerkass status among certain anime fans in a fake audition prank

In July 2017 he married his fellow seiyuu Satomi Sato.

In December 2021, he announced the birth of his first child.