A list of characters from the Manga and Anime series Dream Eater Merry. 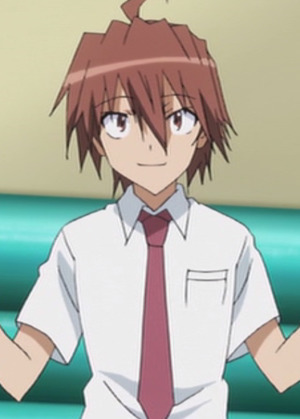 A fairly average guy, except that he has the power to see into people's dreams. His encounter with the mysterious Merry Nightmare changes that, and he vows to be her companion and to help her find her way back to the world of dreams. It's hinted that he and Merry have met somewhere before, and because of his abilities and potential, Chaser John Doe speculates that he may be Not Quite Human. 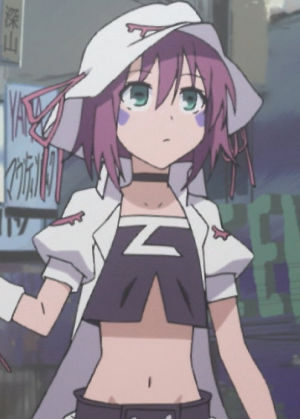 Merry Nightmare is a Dream Demon with severe amnesia. She knows who and what she is (she's a Dream Demon, and for some reason a very powerful one), but she doesn't know how she got from the dreamworld to our world, or why she's stuck here. She is unlike others because she has her own manifestation in the human world. Her only hope of finding a way home is to hunt down other Dream Demons in our world and to find them she needs Yumeji's help. Yumeji has labeled her with the title "Yumekui Merry," or Dream Eater Merry. 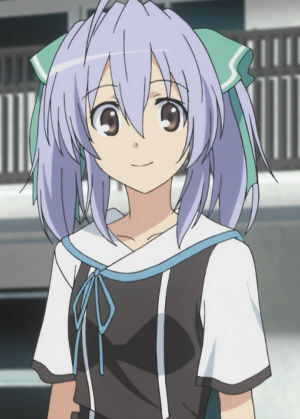 Isana is a childhood friend of Yumeji's, a member of the Art Club, and harbors strong feelings for him. She lives with her father and works at the family-owned Maid Cafe, STO Cafe. She quickly befriends Merry, and it is hinted that she and Yumeji met her at some point in their childhood. 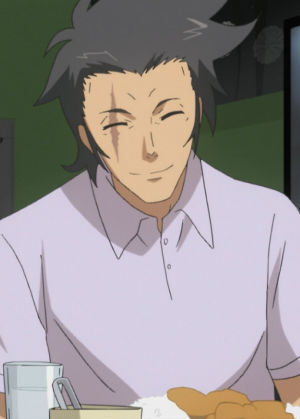 Isana's father, the proprietor of the STO cafe. 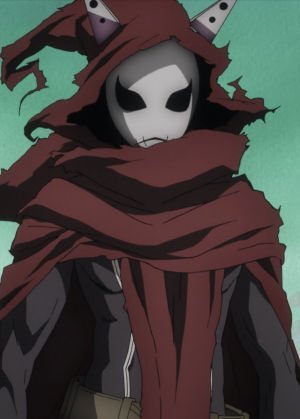 A mysterious cat-like Dream Demon that first appears to Yumeji through a recurring dream, having taken an interest in Yumeji and his ability. He is very powerful and owns an impressive army of other cats, which manifest into female kemonomimi during battles. His intentions and loyalties remain unclear, and refers to himself as an "ally of truth", but has nonetheless become something of a mentor figure to Yumeji. He currently inhabits the body of a black cat in the real world. 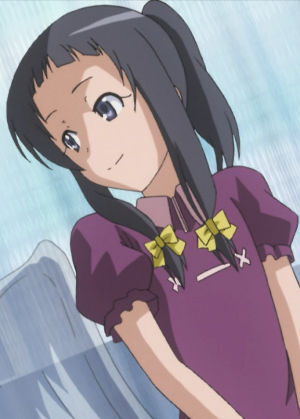 Yui is the vessel of the Dream Demon, Engi Threepiece, but unlike possessed persons that were seen thus far, her relationship with her Dream Demon is a sisterly one of mutual respect. Yumeji and Merry first meet Yui at the supermarket, and soon discover that there is more to her than meets the eye (unless it's Yumeji's eye). There are several jabs at her inability to cook, for which she has been labeled "Magical Chemical Cooking Yui" for her foods' severely distinctive and lethal tastes. 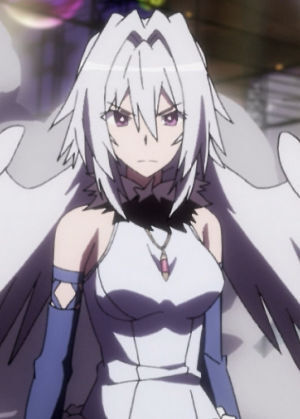 The first benevolent Dream Demon Yumeji and Merry meet. She is blinded by revenge towards Hercules, the Dream Demon that brought her older sister Patty there and ended up killing her. For this reason, she came to the real world, where she met Yui Kounagi. She is currently inhabiting Yui's consciousness, with her permission. She wields (several) swords and eventually, befriends Yumeji and the like.

"Sonar" Clione
A female Dream Demon whose role is to guide humans to their dream. She was abducted by Hercules and was forcefully implanted into Miyuki Akiyanagi. She was forced to serve Hercules to protect her vessel. 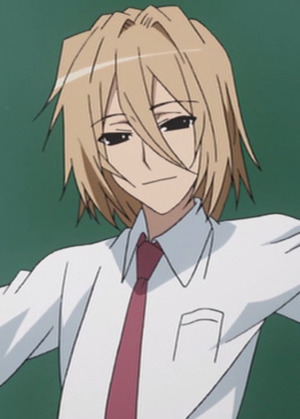 Another member of the Writing Club, reflected in his odd habit of composing haiku at random moments, often with completely mundane subjects. As the only other male member of the club, he is shown to be good friends with Yumeji, and there seems to be a budding romance between him and Saki. He's also the unwitting vessel to the Big Bad "Pharos" Hercules. 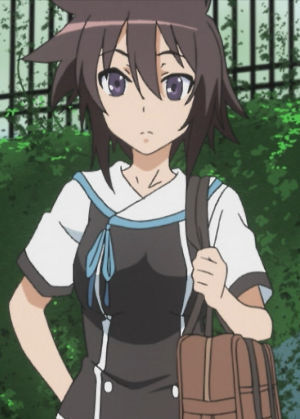 A close friend of Yumeji and Isana and a fellow member of the Writing Club, she seems to be fascinated by Yumeji's ability to see into dreams. She is quite confident and outgoing most of the time but notably becomes rather timid when she's alone with Takateru, who she is hinted to like. 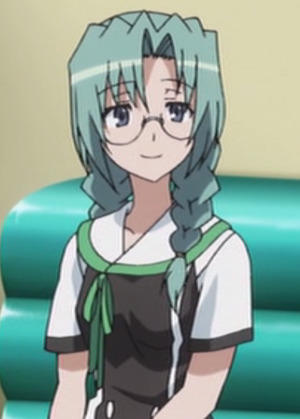 President of the Writing Club, and unwitting vessel to Chris Evergreen, one of the first Dream Demons that Yumeji and Merry encounter. Chris appears to her as a pen-pal who she only knows through text messaging. She dreams of becoming a novelist.

The Principal
The principal of the school.
Mr. Osuga
The school guidance counselor and coach of the gymnastics club. "Familiar" Legion tried to make him and 66 others at the school vessels for himselves using one of his minor selves. 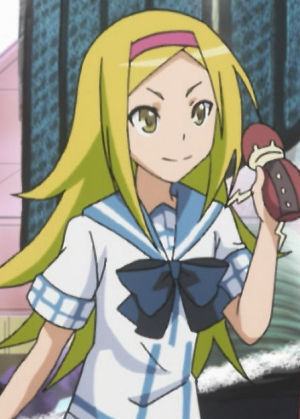 Yui's best friend and classmate who is also in the wind instrument club of the music department. She was targeted as a vessel for the "Maestro" Achtelnote twins.

Anri Hiiragi
A young mangaka who is friends and classmates with Yui and Nao. Kyou implanted a scarecrow Dream Demon into her to kill later but Merry, Yumeji, Ren and Quartier saved her. 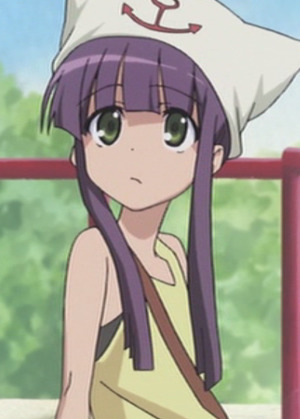 A young girl Merry met. She was the human Ichima tried to be with. 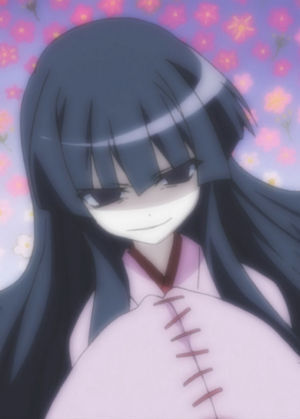 "Lovers" Chris Evergreen
A male Dream Demon that wanted to be with Mei Hoshino.
"Garden" Patti Threepiece
Engi's older sister. She went to the human world but was killed by Heracles.
Ken Midou
Voiced by: Hitoshi Yanai (JP) 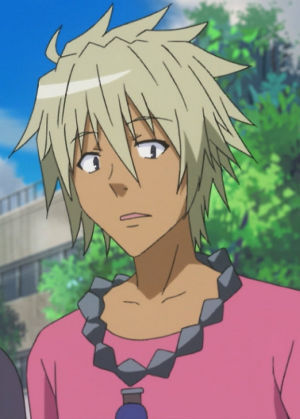 A young man who wants to travel abroad. He became "Maze" Landsbourough's vessel until Merry saved him.

Hina
A young girl who is friends with Minato. She was "Chain" Noir's vessel until Merry saved her.
Miyuki Akiyanagi
Takateru's little sister. Unbeknownst to her, she is the vessel of "Sonar" Clione.
"Juggler"
A Dream Demon whose vessel wanted to be a nurse. He was killed by Hercules.
Norse
A triceratops looking Dream Demon who was killed by Hercules' subordinate Ukokarkachu.
"Dune" Cactus
A male humanoid Dream Demon. He leads a small group against "Pharos" Hercules but were killed by him.
"Aqua" Regalecus
A fish like Dream Demon. She was summoned by Kyou and only fought for him as an obligation for letting her into "Reality". 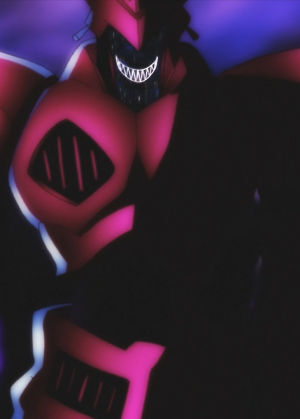 The main antagonist and a very powerful Dream Demon. Very little is known about him, except that he is rallying fellow Dream Demons with the apparent intention of occupying the human world and supplanting the human population. John Doe speculates that this is probably not the full extent of his plan. His human vessel is Takateru, a close friend of Yumeji's.

Kyou Shiragi/Rem
A boy who appeared before Isana and Yui. He later enrolled in Rikka High School in Yumeji's class. He is later revealed to be a Dream Demon who was behind Hercules and bringing Dream Demons to reality. 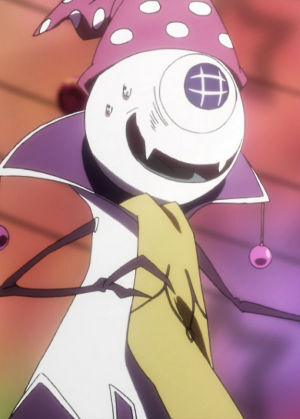 A notable recurring antagonist, and an underling of Hercules, whom he serves under with pride. While not the biggest direct threat and notably cowardly, his tricks and creations can be quite dangerous on their own. Merry has sent him back to the Dream World.

"Chain" Noir
A Dream Demon who faithfully serves Hercules, she operated through the body of a very young girl named Hina who is friends with Minato, the latter whom Yumeji and Merry had previously saved from another Dream Demon. She works alongside "Maze" Landsborough to take down Yumeji and Merry, but they both end up getting sent back to the Dream World. She is portrayed as sadistic and wears revealing clothing, for which she is usually remembered.
Uchokarikacho
A Dream Demon who served Hercules. He was the first Dream Demon killed by Engi.
"Familiar" Legion
A Dream Demon that is multiple Dream Demons with one main self. He tried to take over the bodies of 67 humans in Rikka High School with Isana as the main body but were stopped by Merry with help from Yumeji, Mameyama, and Hiroshi.

Dream Demons that have their own agenda.
"Maestro" Achtelnote
Twin female Dream Demons, Aeolian and Ionian. They wanted Nao to be their shared vessel but were defeated by Merry and Engi.
"Ice Wall" Hrimthurs
A yeti-like Dream Demon that crossed over. Tried to eat Minato, Hina, and Ken. 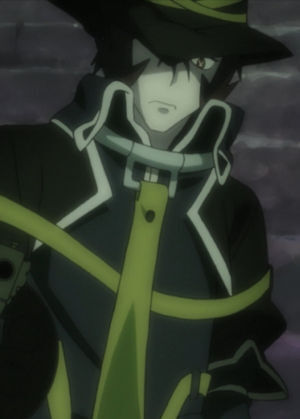 A Dream Demon who wants to kill Treesea to avenge his comrades. 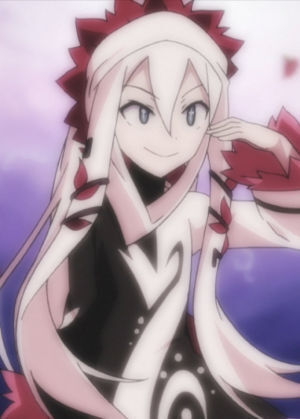 She is a Dream Demon that can force other Dream Demons into human hosts so she can later hunt and kill them.

Merry Nightmare Doppelganger/Wiles copy
A Dream Demon who calls herself Merry Nightmare. She made it her personal mission to stop Wiles even if it means that she dies as well. Her vessel is Yuuki Yanagoika.
Yuuki Yanagoika
The male protagonist of the spin-off. A college student living in an apartment. He became Merry's vessel.
Fuyumi Nishimura
The daughter of Yuuki's landlady. She is a high school girl who has a crush on Yuuki and is friends with Aya.
Kanta Takazuka
Yuuki's friend and classmate in college. The older brother to Aya. He became the vessel of Wiles.
Rintaro Akiyama
A college teacher. He is the vessel of Isaac.
Isaac
An owl looking Dream Demon. The first Dream Demon Merry met since coming to reality.
Torcher
A skeleton looking Dream Demon. The second Dream Demon Merry met.
Verbiest
A humanoid Dream Demon. The third Dream Demon Merry met.
"Great Actor" Wiles
A Dream Demon who wants to turn other Dream Demons into copies of himself and have them take over human hosts. His main vessel is the college student Takazuka, who is the friend and classmate of Yuuki and the older brother of Aya.