The characters of Ogre Battle 64.

open/close all folders
The Blue Knights 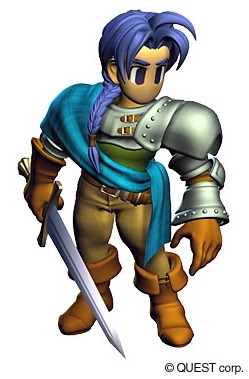 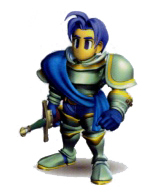 Protagonist of Person of Lordly Caliber. The son of the former general of the Palatinean army, Magnus enters the military academy to get away from his father. He is the childhood friend of Prince Yumil, whom his father was assigned to guard. On his request, he is sent to the Southern region upon graduation. There he serves under General Godeslas and witnesses the start of the Palatinean revolution. Regardless of the choices made, he defects to the Revolutionary Army, where he goes from untrusted rookie to flagbearer of the movement in two years. 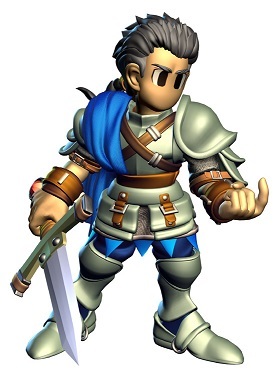 A southerner assigned to the same training group as Magnus. When the latter is assigned command in the first training mission, he grows jealous and challenges him to a fight. Depending on Magnus' answer to his challenge, and the answer to a later question, Dio may leave the party. Otherwise, he stays with Magnus, following him when the latter defects, eventually becoming a trusted friend. 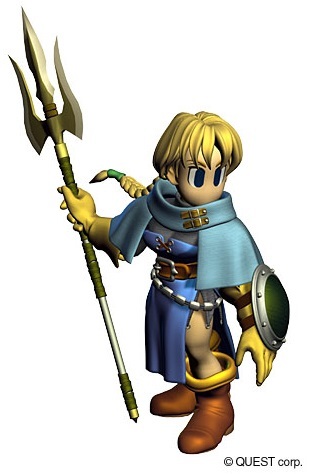 The daughter of Count Silvis, lord of Argent. Leia joins the military against her father's wishes in order to prove her own worth. She is sent the southern region, and is assigned to Magnus' battalion when it is officially formed.

An adviser for the Southern Division. He is assigned to train both Magnus and Dio, and stays with the battalion afterwards. Follows Magnus to the Revolutionary Army.

A young(er) kid impressed by Magnus' battalion. Always wanted to join the army and does it if Magnus accepts him.

A girl whose father was captured by the Southern Division. She can join the Revolutionary Army to help rescue him. 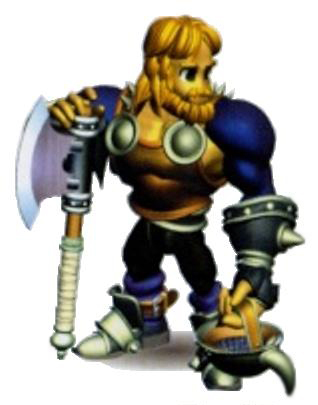 A famous warrior imprisoned by the Southern Division.

A former member of one of the Central Division's branches. Her comrades were butchered by Ogres and as the sole survivor, she blames Magnus for it, as she was told the rebels unleashed the ogres. It was actually General Godeslas. Will join the rebellion if you defeat her and have a high Chaos Frame.

A Bolmaukan forced into subjugation by Lodis.

A Hawkman that left Lodis due to its strict laws. He joins you in the hopes of meeting women. 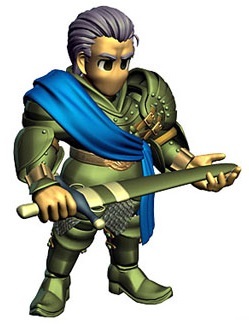 Magnus' father, and the bodyguard and later commander of Yumil's forces. Accused of having once murdered a noble, he is called Ankiseth the Murderer by his detractors. 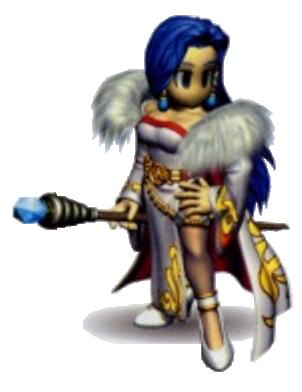 An old friend of Leia from the Land of Argent. 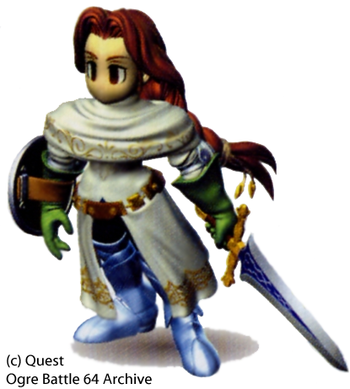 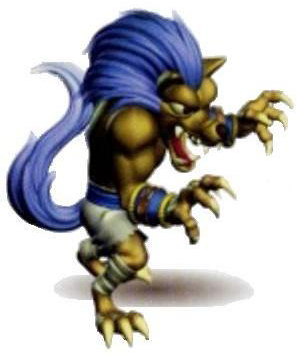 A werewolf, imprisoned by Magnus' father years ago. Released on the condition that he face and kill Magnus. If you have a low Chaos Frame and did not recruit Ankiseth, he may join you after the battle.

A boy from a secluded mountain town. He is shunned by society because he accidentally turned his best friend to stone.

A former knight of Lodis. He leaves when his order no longer follows the ideals set forth by Lodis' God. 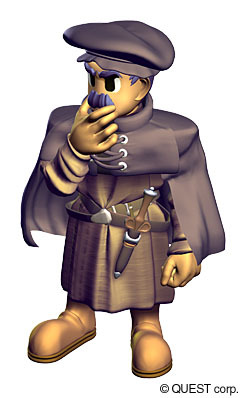 The leader of the Revolutionary Army. 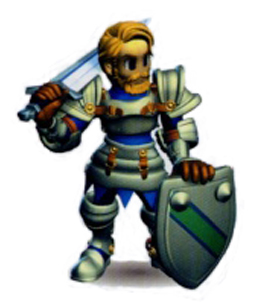 Leader of the Southern Tigers branch of the army. 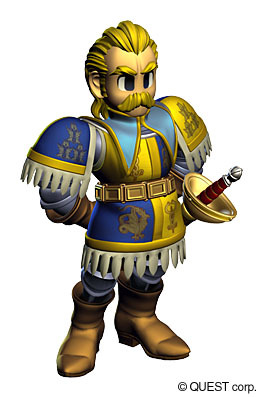 General of the Southern region. 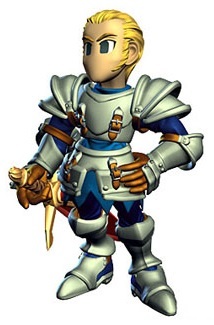 Knight of the Central region. Meets Magnus when the latter rescues him, Jeal and Prince Yumil from the rebels. He instructs Magnus to slaughter the remainder of the rebels in the area. Rhade's continued behavior is a big motivator in Magnus' defection.

A high-ranking member of the Central Division.

Lord of Argent, and Leia's father.

A Central Division noble put in control of the Eastern Orthodox Church. 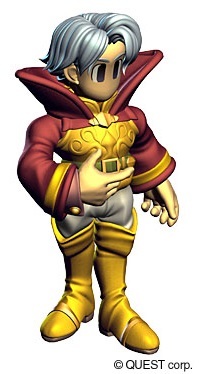 The Prince of Palatinus and childhood friend of Magnus. 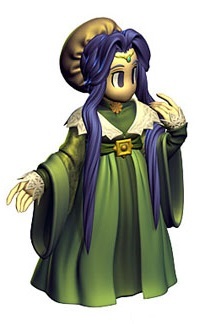 A lady meant to serve Yumil's personal needs, who quickly bonds with the prince. 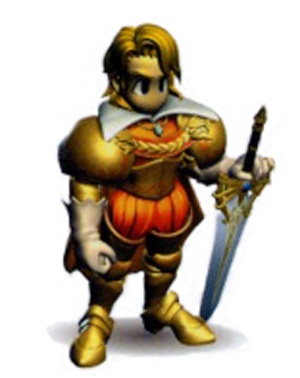 The Mad King of Palatinus, and the father of Yumil and Amrius.
Eastern Orthodox Church

The head of the Eastern Orthodox Church.

Tropes associated with all the Zenobians: 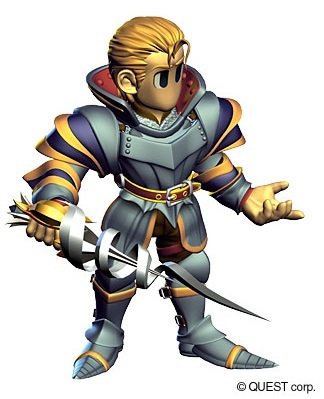 Member of the Lodis empire's Caliginous Order. He manipulates events from behind scenes before entering the main story alongside the other Order members in Chapter 3. 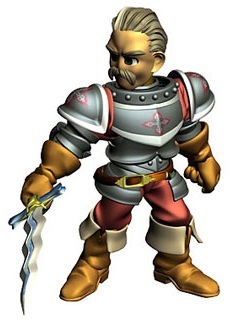 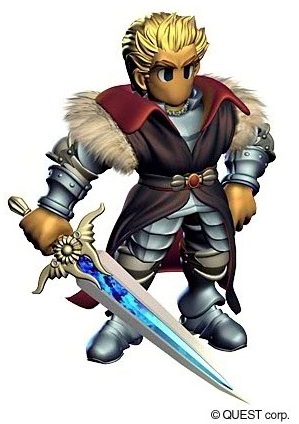 Baldwin's older brother and the "Death Templar" of the Caliginous Order.

A mysterious old woman who first appears talking to Mari. Later on it's seen she's working with Baldwin and the Caliginous Order, but she seems to have her own plans.

Powerful green warriors that, according to legend, protect the demigoddess Danika's slumber.

Tropes associated with the Knights:

The daughter of the earth goddess Berthe and a mortal man, kidnapped by the lord of the netherworld Demundza long ago.