The characters of Tactics Ogre: The Knight of Lodis.

Protagonist of Knight of Lodis. A young knight from the Felis region of Lodis, assigned to the Order of the Sacred Flame. He leaves Lodis with his friend and commander, Rictor Lasanti, for the island of Ovis.

A young, orphaned girl living at a church on Solea beach. She finds Alphonse washed up on the shore and saves his life. Alphonse later returns to her to gain information on mermaids. He would later save her life from northern troops, who likewise had come for information on the mermaids. She accompanies him from then on, and the two become lovers. 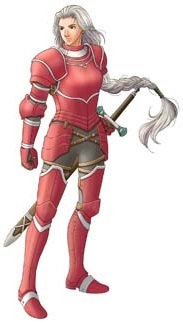 A former knight of Ranaculus and the niece of Lord Naris.

A agent of the Hand of Pope, an organization that wishes to return political power to the pope of Lodis. She saves Alphonse's life at Formido, and contracts his services for her cause after that. After his debt is repaid, he chooses to continue serving the Hand.

A ninja and the right-hand man of Cybil. 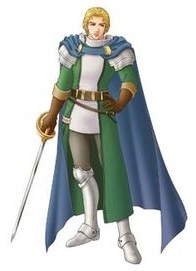 The son of the Duke of Felis and a friend of Alphonse's. He is sent to Ovis under the guise of solving it's political turmoil, when in reality it is a power play by his father.

An archer sent with Rictor to Ovis. Acts an adviser and mentor to both Rictor and Alphonse. 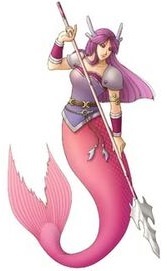 The self-proclaimed strongest mermaid on Ovis. Harbors a grudge against humans for events in the past history of Ovis.

A necromancer obsessed with reviving his dead wife. He successfully calls her spirit back, which possessed their daughter. He exiles himself to an abandoned fort, and will join your party if you defeat him. 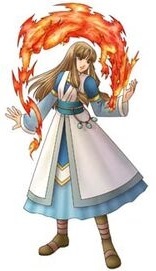 Elrik's daughter. She attacks you at Blete while under the possession of her mother's soul. Defeating her will put the spirit the rest, and she'll join you out of gratitude. 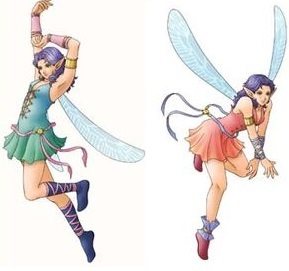 Twin fairies. The latter runs away, and the former spends her time trying to find her, before being assaulted by enemies. 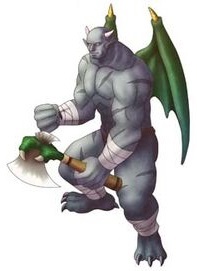 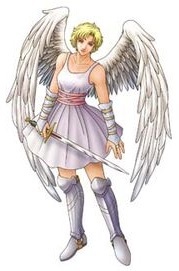 An angel knight sent by God to assist Alphonse in his mission against Shaher. Will not join the party if Saia is in it. 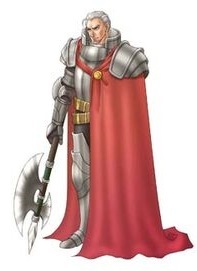 Lord of Ranaculus, the northern region of Ovis. Allies himself with Rictor while plotting against him.

Margret is the best swordmaster in Ranaculus and Ivanna's mentor. 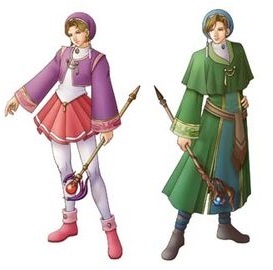 Naris' advisers, who are secretly agents of Shaher. 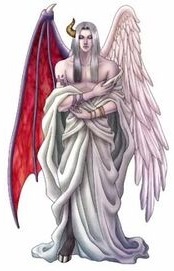 An angel fallen from grace, sealed by God in a sheet of ice in the northwest area of Ovis. Seeks revenge on God. He fell when he started a revolution in the legendary Ogre Battle in an attempt to draw God's attention.