The most commonly seen human soldiers in the series, the Marines are the UNSC's primary expeditionary force, working in conjunction with the Navy to rapidly deploy from planet to planet. 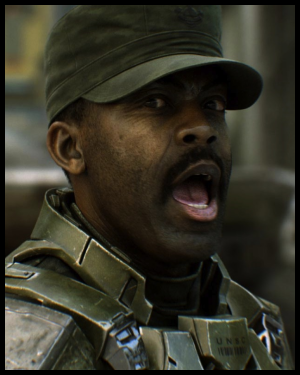 Homeworld: Earth (Greater Chicago Industrial Zone, United Republic of North America)
Birthdate: Unknown
Debuted in: Halo: The Fall of Reach
Voiced by: David Scullynote With the exception of Halo Wars 2, due to Scully being involved in a voice actor strike

at the time.
"Once again, it is our job to finish what the flyboys started. We are leaving this ship, platoon, and engaging the Covenant on solid ground. When we meet the enemy, we will rip their skulls from their spines, and toss 'em away, laughin'! Am I right, Marines?"

Appearing in the first game as one of a number of computer-controlled Marines who can fight alongside the Master Chief, Johnson was the game's Ensemble Dark Horse. In later games he was critical to the plot, gaining Gameplay Ally Immortality and serving as The Lancer and Number Two to both the Arbiter and John. 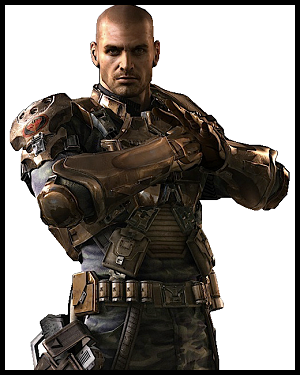 One of the protagonists of Halo Wars, John Forge is a born warrior and lifelong soldier with a long list of commendations, with insubordination charges to match. Despite his penchant for troublemaking, Forge was personally selected by Admiral Preston Cole and Captain James Cutter to command the Marine contingent on the UNSC Spirit of Fire. The soldiers under his command trust him completely - even if he did fail his last psych exam. 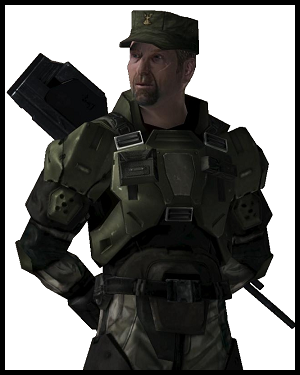 A recurring Marine character who appeared in every (FPS) Halo game between Halo: Combat Evolved and Halo 4. Stacker's canon status is questionable, as he is always credited as the same character, but can die at multiple points in each game and still return later. 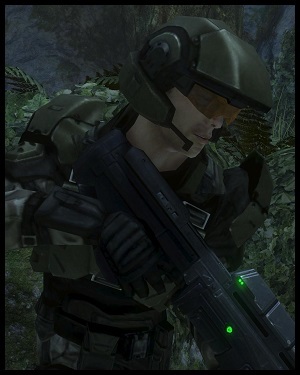 Like Stacker, Dubbo is a recurring Marine who appears in Halo 1, 2, and 3, and shares the same questionable canon status. He is extremely recognizable due to his Australian accent. 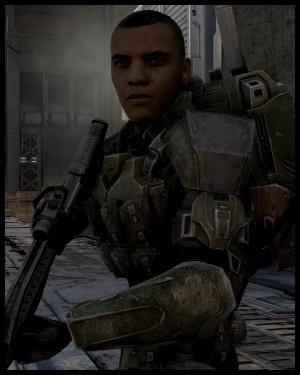 Homeworld: Unknown
Birthdate: Unknown
Debuted in: Halo 2
Voiced by: Orlando Jones
"When I asked for reinforcements, I didn't think they'd send a Spartan."

A marine in command of A Company, he joins up with John-117 to destroy a Scarab during the Battle of Mombasa, and joins the crew of the UNSC In Amber Clad in pursuing the Prophet of Regret to Installation 05.

The son of farmers on Harvest, Jenkins joined the Colonial Militia being trained by Sgt. Johnson in order to one day join the Marines. He instead became one of the first humans to encounter and fight the Covenant, and spent the next 27 years fighting alongside Johnson. After the Pillar of Autumn crashed on Halo, Jenkins was one of the Marines that accompanied CAPT. Keyes on a mission to locate a weapons cache, becoming one of the first humans to be infected by the Flood.

A marine stationed on the UNSC Infinity as part of Icebreaker Squad. After being captured by the Covenant, he is rescued by Fireteam Crimson during their escape from captivity, becoming their pilot for the second half of Spartan Ops. 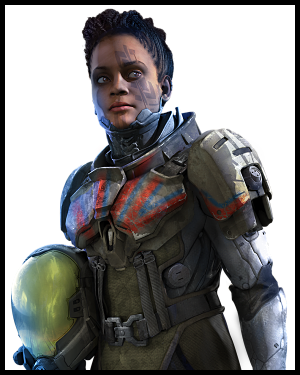 Homeworld: Unknown
Birthdate: Unknown
Debuted in: Halo Wars 2
"Hope none of them make it out alive."

Morgan Kinsano used to be an Insurrectionist leader in the Outer Colonies until the Human-Covenant War broke out. With many of her family and allies dead, she decided to join the UNSC, realizing that she wouldn't have an Insurrection to come back to if the Covenant killed everyone. By 2531, she became leader of the Hellbringers aboard the Spirit of Fire, later helping to fight against the Banished at the battle for the Ark in 2559. 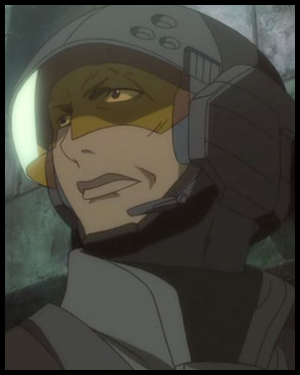 A Marine NCO who fought alongside Daisy-023 sometime during the Human-Covenant War. 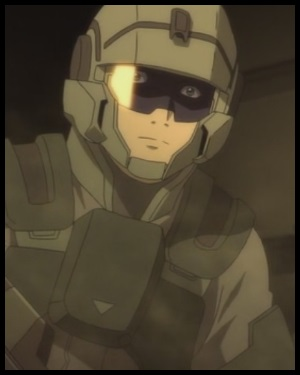 A former Spartan-II trainee, Ralph was part of a small group who tried to escape the program after their augmentations. After being recaptured, he was soon discharged and sent back to civilian life, enlisting in the Marine Corps once he was old enough to. 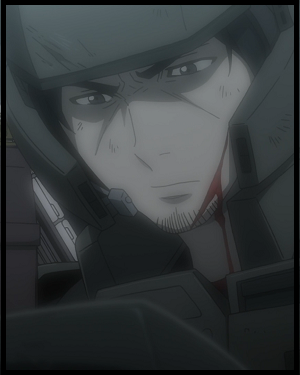 A Marine in the UNSC Corps of Engineers who lost his entire platoon sometime in the past. Later, he's deployed on Algolis with the Hades Corps to destroy prototype weapons and all related data before the Covenant can get to them.

Homeworld: Unknown
Birthdate: Unknown
Debuted in: Halo: The Flood
"I didn't know you, Sarge, but I sure as hell wish I had. You must have been one hardass son of a bitch."
- John-117, upon finding his body

A member of the UNSC Pillar of Autumn's Marine contingent during the events of the first game. Not much is known about him, barring the fact that he was probably at the Fall of Reach, and was later abducted by 343 Guilty Spark to try and acquire the Index. He died battling the Flood in the attempt, but still managed to get pretty far. However, by the time he'd finally been killed, his body was thrashed and mangled to the point where even the Flood couldn't make use of his body.

Homeworld: Unknown
Birthdate: Unknown
Debuted in: Halo: Contact Harvest
"Someday we will win, no matter what it takes."

A former Lieutenant Colonel who was demoted following an incident with an Insurrectionist in Eridanus II. Later, he is put in charge of training Harvest's Colonial Militia.

A Marine who blames Johnson for the death of his squad to an Insurrectionist suicide bomber on Tribute during Operation: TREBUCHET. He is later reassigned to train the Colonial Militia on Harvest. 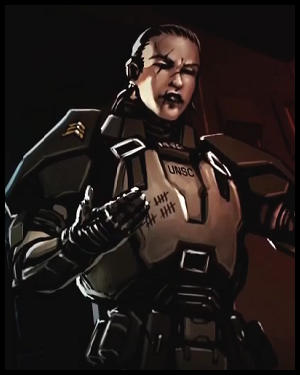 Lopez is a squad commander stationed aboard the UNSC Prowler Red Horse, which is sent by ONI to investigate the remains of Installation 04 and the prison ship Mona Lisa. 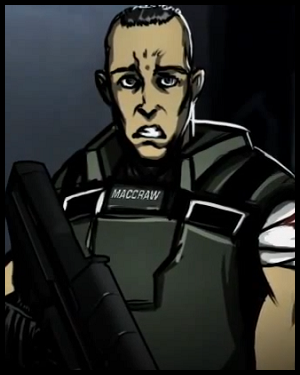 MacCraw is a newly transferred Marine to Sgt. Lopez's squad aboard the UNSC Red Horse. He is heavily disliked by the rest of the squad. 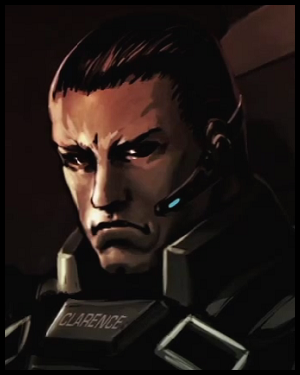 Another Marine stationed aboard the UNSC Red Horse, he is a very quiet and serious soldier. 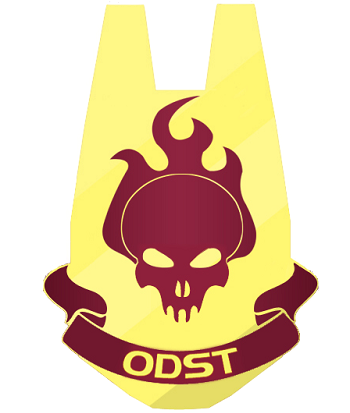 Major Silva: "Most of the crew - not to mention your fellow jarheads - will be leaving the ship in lifeboats. They'll ride to the surface in air conditioned comfort, sipping wine, and nibbling on appetizers. Not you, however. Oh no, you're going to leave the Pillar of Autumn in a different method. Tell me boys and girls... how will you leave?"
Shock Troopers: "We go feet first, sir!"

An all-volunteer special operations capable unit of the UNSC Marine Corps, the Orbital Drop Shock Troopers were the former candidates for the most badass Crazy Awesome humans to ever live. More commonly referred to as "ODSTs", they often deploy to the battlefield via drop-pod. From orbit. In order to become an ODST, a soldier must first prove themself in another special operations unit before being transferred over and stripped of rank, going through an intense training regimen. 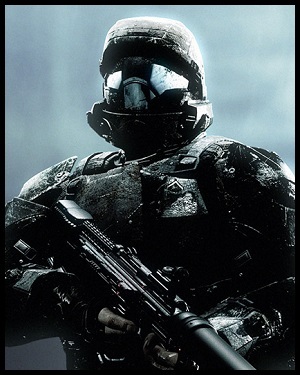 The unnamed and faceless protagonist of Halo 3: ODST. Although he is an experienced ODST, he is referred to as "The Rookie" by Alpha-Nine since he just transferred in after his previous unit was almost completely wiped out at the battle of New Jerusalem. 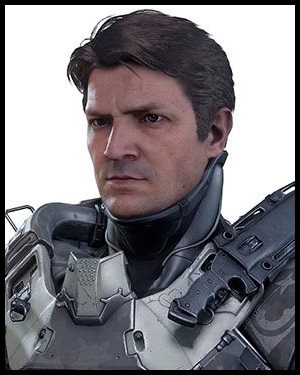 The commander of the ODST squad Alpha-Nine in Halo 3: ODST. He signed up the day he turned eighteen, and eventually began a relationship with ONI agent Veronica Dare. She broke up with him after he proposed, but when Earth is attacked, he is shocked when she appropriates his squad for a mission in New Mombasa. Come Halo 5: Guardians, he's a SPARTAN-IV serving in Jameson Locke's Fireteam Osiris. 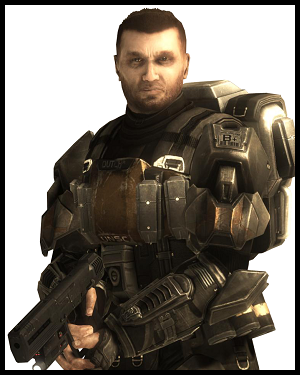 A former truckdriver on Mars who studied religion and philosophy at university before being drafted. He befriended Romeo and married a fellow ODST named Gretchen, eventually ending up with Romeo in Alpha-Nine. 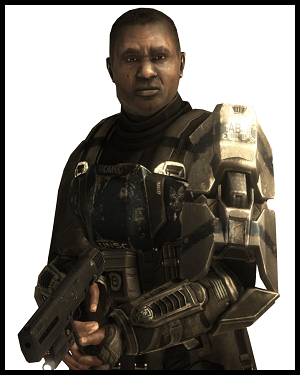 A former Merchant Marine, Romeo was forced to join the ODSTs after sleeping with the wife of a colony Governor. He quickly proved himself an expert, if abrasive, sniper. He became friends with Dutch, and the two eventually joined Alpha-Nine together. 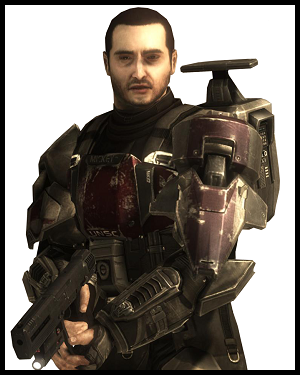 The demolitions expert and pilot for Alpha-Nine, Mickey is the lowest ranked and youngest member of the squad. His parents were Insurrectionists who died attempting to bomb a government building, causing him to grow up in foster care. He was forced into mandatory UNSC military service for foster children, but stayed on when his time was up due to it being the only life he had ever known. 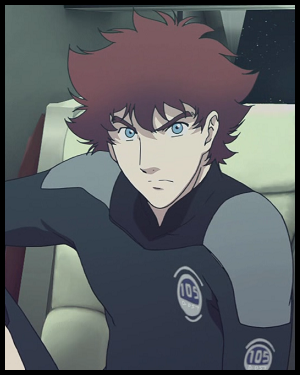 An ODST assigned as the backup sniper to Spartan Cal-141 during a mission to assassinate a Prophet on Heian. 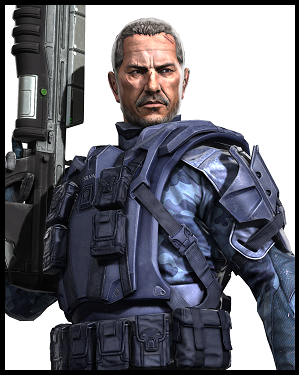 The commander of the ODST unit aboard the UNSC Pillar of Autumn. He hates Spartans after an incident in their training involving the Master Chief left four of his men dead.

The second-in-command of the ODST unit aboard the UNSC Pillar of Autumn.

A member of the UNSC Pillar of Autumn's ODST unit, and one of the few people to survive Alpha Halo's destruction.

Initially a second lieutenant of the ODST unit aboard the UNSC Midsummer Night in 2535, Faison assumed command of the unit after his CO was killed in an Insurrectionist ambush, and is quickly promoted to Major afterwards. He becomes fast friends with then-LT. Jacob Keyes, the second-in-command of the ship.

A Russian ODST with a strong sense of wrong and right, Vaz and his best friend Mal were assigned to ONI unit Kilo-Five after the war against the Covenant. 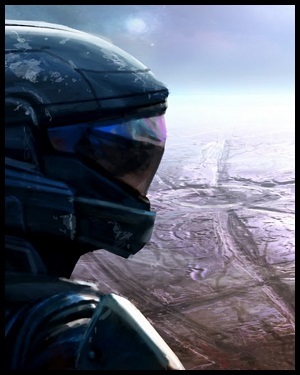 A stoic British ODST, Mal and his best friend Vaz was assigned to ONI unit Kilo-Five after the war against the Covenant ended. 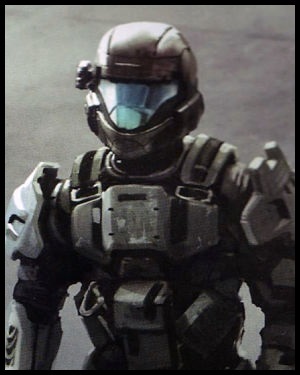 A Canadian ODST pilot, Lian was assigned as ONI unit Kilo-Five's dropship pilot after the war against the Covenant ended. 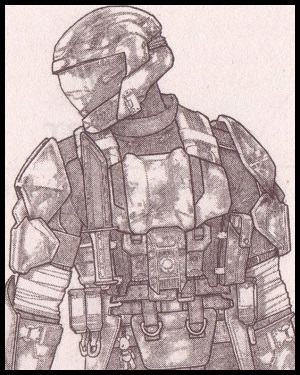 The son of a farmer on Harvest, Gage joined the Colonial Military in order to get off the planet and away from his boring life. He became friends with Felicia Sanderson and Eric Santiago, but after Eric was put into a coma by an Innie bomb, he convinced Felicia to join the ODSTs with him instead of going back to Harvest. After Harvest was glassed by the Covenant, he and Felicia had a falling out, with Gage going on to fight through nearly the entire Covenant War, which almost completely destroyed his ability to feel any emotions. After being reunited with Felicia and Eric in 2547, the three of them plotted with other CMA veterans to steal a vault of gold on New Jerusalem when the Covenant attacked it, but ran into complications during the operation.

A member of the Colonial Military, Felicia became friends with Gage Yevgenny and Eric Santiago. She was convinced by Gage to join the ODSTs after Eric was put into a coma by a Innie bombing. She had a falling out with him following the glassing of Harvest by the Covenant, and they lost contact until 2547. After reuniting with Gage and Eric (who had come out of his coma), they plotted with other CMA veterans to steal a vault of gold on New Jerusalem as the Covenant attacked it in 2552. 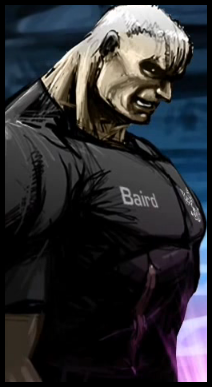 An ODST aboard the UNSC Heart of Midlothian. He was in anesthesia after the Covenant overwhelmed the ship, and as such they believed he was already dead. After waking up, he then sets out to destroy the ship in order to prevent the Covenant from stealing the ship's AI, Mo Ye. 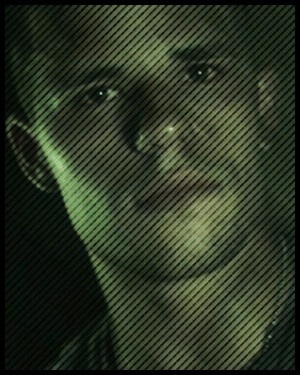 The older brother of Thomas Lasky, Cadmon was regarded as one of the best soldiers to pass through the Corbulo Academy of Military Science. He was killed fighting Insurrectionists on Andesia in 2526.