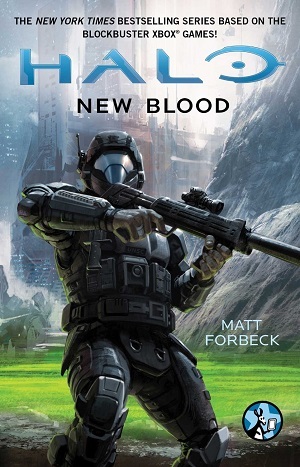 Halo: New Blood is the first short novel in the Halo franchise, written by Matt Forbeck. Set primarily in the years following the Human-Covenant War, the story explores what happened to Edward Buck and the rest of ODST squad Alpha-Nine (plus Veronica Dare) after the end of Halo 3: ODST, including how Buck became the Spartan-IV we see in Halo 5: Guardians.

Originally released as a digital exclusive in 2015, it received a print edition in 2016 which includes an additional short epilogue.