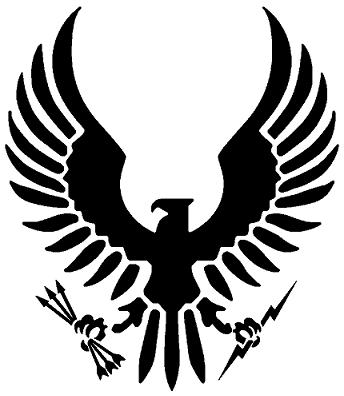 Created in the immediate aftermath of the Human-Covenant War by SPARTAN-II washout Musa-096, the Spartan-IVs are the UNSC's fourth generation super-soldier project, made up of adult volunteers taken from the best veterans and recruits among the UNSC armed forces. By 2557, they make up the majority of the UNSC's augmented personnel. 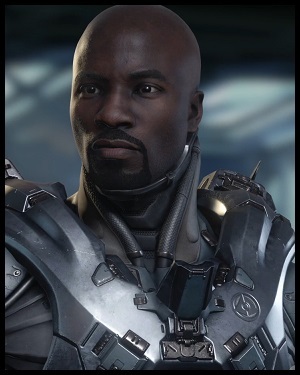 Once a freelance tracker and assassin before being recruited by ONI, Locke served as an Acquisitions Specialist with great skill in retrieving enemy-held objects and tracking and eliminating high value targets, rising to the rank of Lieutenant Commander as one of ONI's top agents before becoming a Spartan. In Halo 5: Guardians, he is the second main player character, leading Fireteam Osiris in a mission to track down the Master Chief. 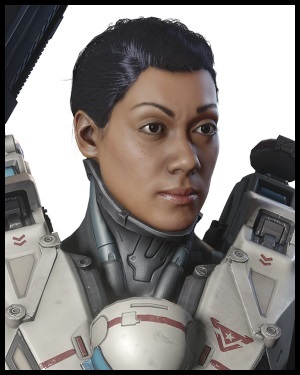 A former sergeant in the Army Corps of Engineers, Tanaka was recommended to the Spartan branch for her outstanding performance during a major rescue operation on Cleyell. Shortly after her first few deployments as a Spartan-IV, she joins Fireteam Osiris on its mission to locate the Master Chief and the rest of Blue Team. 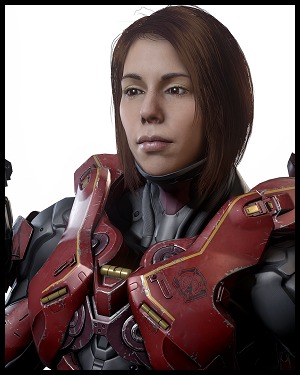 A former signals intelligence operative employed by ONI whose linguistic skills led her to become a diplomat to the Sangheili after the war, Vale joined the Spartan-IV branch after an impressive performance on Installation 00 during Operation: FAR STORM. She joins Jameson Locke's Fireteam Osiris when it is assigned to locate Master Chief John-117 and the rest of Blue Team. 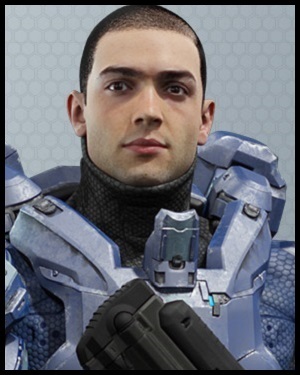 A former member of the UNSC Army, Thorne was the newest member of Fireteam Majestic during the Infinity's second tour on Requiem. Following the events of Spartan Ops, Thorne is given command of Majestic. 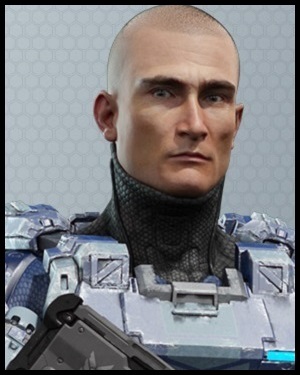 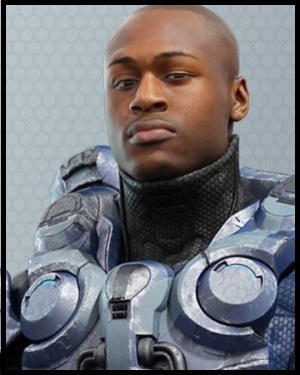 A former ODST who served with distinction at the Battle of New Jerusalem, Hoya is a member of Fireteam Majestic. 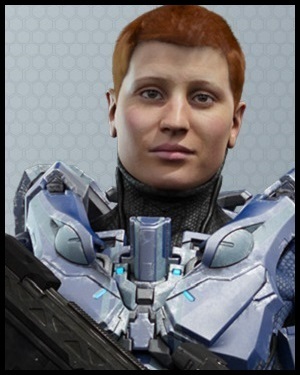 A former Navy military police officer, Grant field-tested early versions of MJOLNIR GEN2 before becoming an active Spartan. She is the only female member of Fireteam Majestic in Spartan Ops. 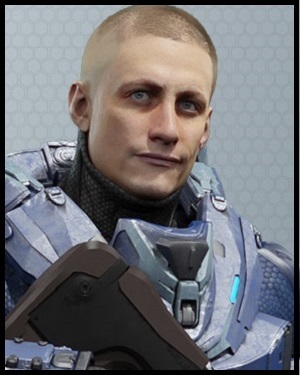 A former Marine, Madsen is a member of Fireteam Majestic, serving as the team's sniper. 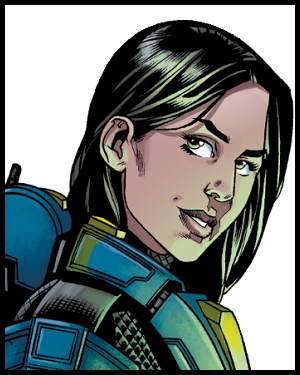 A former Air Force operative, Ray is a Spartan-IV from Fireteam Jackknife. She befriends Thorne and is eventually transferred to Fireteam Majestic.

A SPARTAN-IV sniper who served in the Zeta Halo conflict.

Spartan Griffin is the leader of Fireteam Taurus, who were active in working alongside Blue Team on many instances both prior to and during the Created Conflict. After the defeat of the Infinity above Zeta Halo, Griffin became the unofficial leader for the UNSC's resistance efforts against the Banished.

A member of Fireteam Taurus. 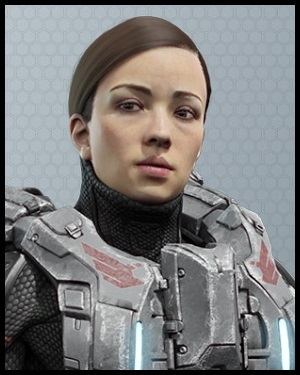 The leader of the SPARTAN-IV units on board the UNSC Infinity. Palmer was one of the first Spartan-IVs recruited into the project, having spent more than a decade fighting the Covenant during twelve tours of duty as an ODST, making her a natural choice to take command of the Spartans on the Infinity.

She is a competent commander and takes pride in the work of her Spartans, but is also snarky to the point of arrogance, and quite distrustful of Dr. Halsey. She works with Captain Lasky in overseeing Infinity's operations at Requiem, and acts as high-level Mission Control for Crimson and the other Spartan teams, together with a large support staff that includes Spartans Miller and Dalton, as well as the AI Roland. 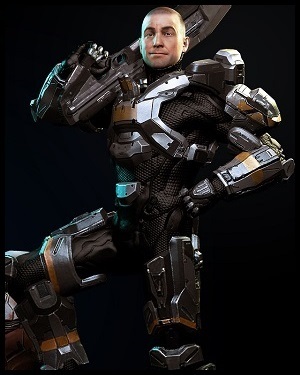 A Spartan-IV serving on the Infinity's support staff, he arranges for fire support and supply drops to assist Fireteam Crimson. 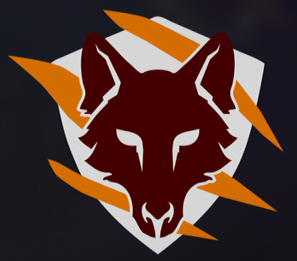 The squad consisting of the player characters in Spartan Ops. They have no canonically defined features, except for being highly competent. 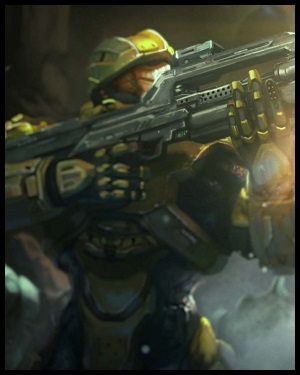 A member of the SPARTAN-IV Program's inaugural class, and a close friend of Sarah Palmer. 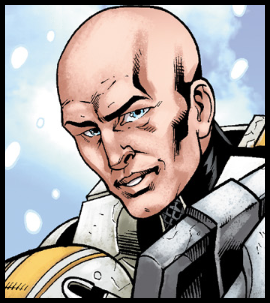 One of the first Spartan-IVs recruited into the project, later assigned to Fireteam Jackknife. In 2558, he is revealed to have become a mole for the New Colonial Alliance after helping them sabotage peace talks between the Swords of Sanghelios and Lydus's clan.

By the events of ''Halo Infinite, Horvath is the sole known survivor of Fireteam Intrepid.

A SPARTAN-IV special weapons expert active in the UNSC's resistance efforts in the Zeta Halo conflict.

A SPARTAN-IV of Fireteam Windfall who served in the Zeta Halo conflict. He died in a failed attempt to assassinate Escharum.

A SPARTAN-IV stationed at the Avery J. Johnson Academy of Military Science, serving as a mentor for new recruits.