As the war with the Covenant dragged on, a highly secret project headed by Colonel James Ackerson began with the purpose of creating more easily producible and disposable Spartans to combat the ever closer threat of extinction. Convincing hundreds of revenge-hungry orphan survivors of glassed human worlds to join, ONI put the children through Training from Hell in an effort to create a force capable of halting the Covenant advance on human territory, even at the cost of said children's lives. Due to their roles as disposable suicide troops, most SPARTAN-IIIs were given cheaper "Semi-Powered Infiltration" (SPI) armor.

A member of Team Wolf Pack, Robert was killed with the rest of Alpha Company proper during Operation: PROMETHEUS.

Orphaned during the very first battle of the Human-Covenant War, Shane is a member of Team Wolf Pack, and was the last Spartan-III to fall in Operation: PROMETHEUS.

A member of Team Wolf Pack, Jane died alongside the rest of Alpha Company proper during Operation: PROMETHEUS. 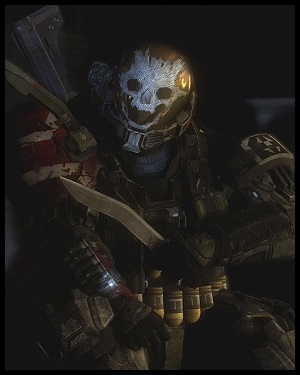 NOBLE Team's close quarter combat expert. Emile was pulled from Alpha Company before Operation: PROMETHEUS due to his skills being deemed too valuable to be wasted in such an operation. He is extremely abrasive, having a reputation for brutality against his opponents. His personality often conflicts with Jorge's, although the two respect each other. 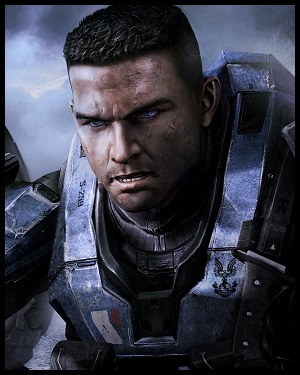 The commander of Noble Team. Carter was pulled from Alpha Company before Operation: PROMETHEUS because it was deemed that his skills as a leader would be more valuable with him alive. He and Kat are the only two survivors of Noble Team's original roster, and thus have a closer relationship than the rest of the squad. 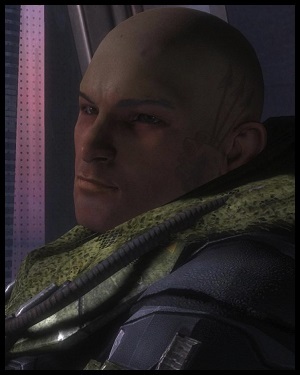 Homeworld: New Harmony (Tyumen)
Birthdate: February 28, 2524
Debuted in: Halo: Reach
Voiced by: Sunil Malhotra
"In recognition of... his tireless diligence, we honor him as the vigilant eye of Noble."

NOBLE Team's sniper. Jun was pulled from Alpha Company before Operation: PROMETHEUS because it was felt that his skills as a sniper were far too valuable to be wasted in such a manner. He has suffered from PTSD in the past, but sought therapy and has not suffered a relapse. 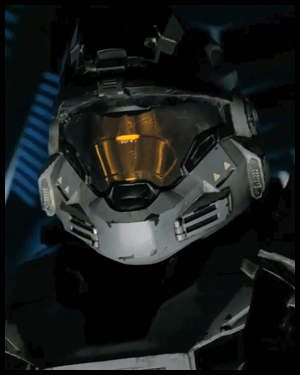 Thom was the original Noble Six, but died during the Battle of Fumirole, two months before the Fall of Reach. His death heavily affected the squad, with both Carter and Kat blaming themselves for his death. 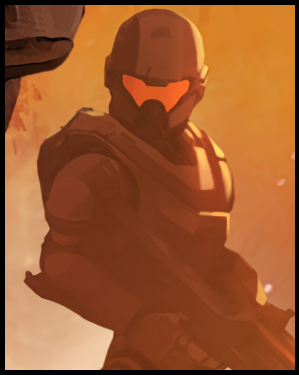 Lucy is one of only two survivors of the Beta Company members sent to Pegasi Delta during Operation: TORPEDO. The trauma of losing almost all of her comrades rendered her completely unable to speak.

A member of Beta Company who became distinguished for his actions during the Battle of Meridian.

Post-war, Owen would take part in the Outpost Discovery initiative, which seeks to inform UEG citizens of the legacy of the Human-Covenant War. 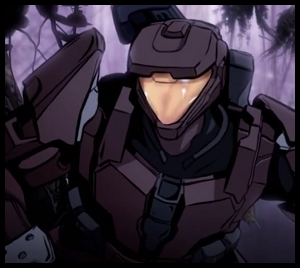 A member of Beta Company who was reassigned to serve in a Headhunter pair alongside Jonah-B283. 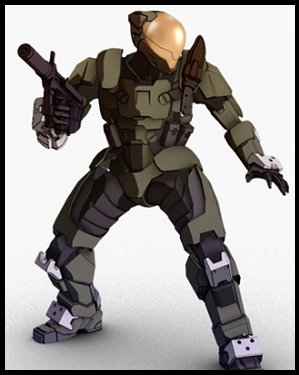 A Spartan-III who was pulled out of Beta Company and reassigned to a Headhunter pair alongside Roland-B210. 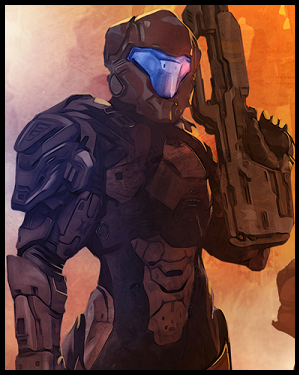 One of only two survivors from Beta Company proper after Operation: TORPEDO. 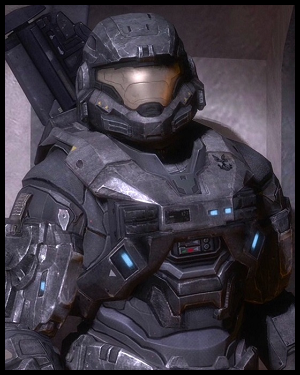 Noble Six is the player character in Halo: Reach. His past is almost a complete mystery; all we know is that he was pulled from Beta Company straight after training to be used as a One-Man Army to destroy entire Insurrectionist groups and Covenant forces. Six joins Noble Team shortly before the Fall of Reach as a replacement for Thom-293.

By default, Six is portrayed as male, which the developers have stated is his canonical gender; however, due to Character Customization, Six's gender in Reach is up to the player. Within this section Six is referred to as male to align with canon depictions. 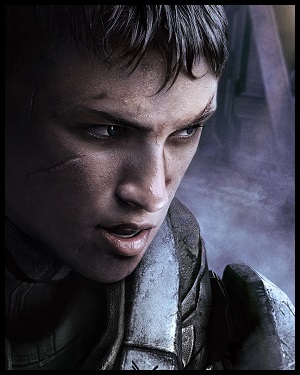 Noble Team's second-in-command and tactical/technical expert. A member of Beta Company, she was pulled from the unit before Operation: Torpedo due to her skills being too valuable to waste. She and Carter are the only two survivors of the original Noble Team, and are the closest members of the squad, having served together for so long.

Team Saber's reconnaissance expert, noted to be extremely fast and agile. She has bear claws shaved into her hair. 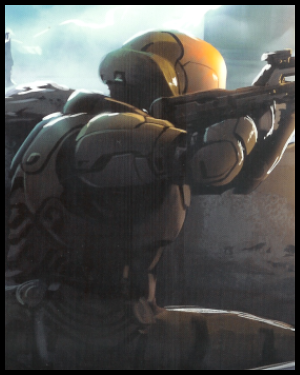 Ash is The Leader of Team Saber, and is considered to be one of the best leaders in Gamma Company.

Team Saber's explosives expert, and is described as having "near-magical abilities" in defusing explosives. 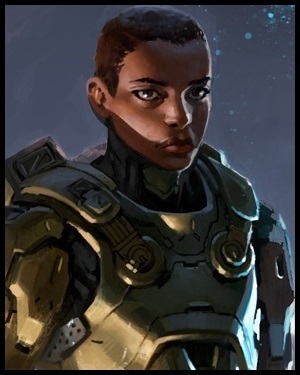 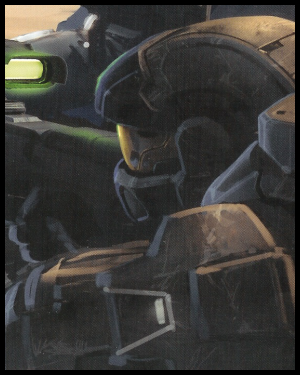 Team Saber's marksman, and the best shot in Gamma Company. He is described as good with a sniper rifle, but better with a rifle at mid-range.