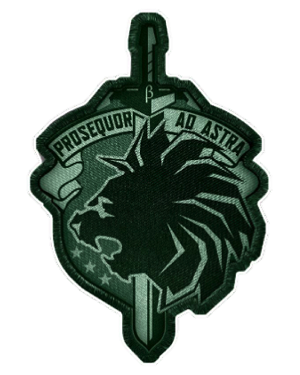 The first UNSC supersoldier program, ORION was a centuries-old mothballed Colonial Military Administration project that was revived by ONI in order to combat the growing Insurrection. Consisting of highly-skilled volunteers pulled from all branches of the military who were enhanced with experimental augmentations, ORION operatives quickly proved their effectiveness in combat, and soon their membership increased from the original 65 recruits, with 300 candidates total selected for augmentation while the project was active. However, expense coupled with the beginnings of severe side-effects from the augmentations caused the project to be disbanded in only fifteen years, and the surviving 165 operatives were quietly reassigned to non-augmented units, with their participation in the project kept in absolute secrecy. Despite its ultimate failure, the ORION Project was recognized as a key predecessor to subsequent supersoldier programs, and it was retroactively renamed to "SPARTAN-I".

A former Spartan-I and father of Janissary James.

A former, psychotic Spartan-I and mother of Janissary James.

The children of Spartan-Is who had returned to civilian life. Though never officially recruited by the UNSC, many of them were subjected to augmentations as infants that rendered them slightly stronger than ordinary humans. Like their parents, several of them wished to defend the UNSC, and began to organize a vigilante army to take the fight to the Covenant.
Janissary James

Homeworld: Earth
Birthdate: c. 2535
Debuted in: I Love Bees
Voiced by: Kari Wahlgren
"Hey, soldier, is that an assault rifle in your hands or are you just happy to see me?"

The daughter of James and Gilly, she lives largely on the run with her father.

Homeworld: Unknown
Birthdate: Unknown
Debuted in: I Love Bees
Voiced by: "Jim Taggert"
"I want to go deep into Covenant space. I want to do it for a purpose, and I want to do it without being under Section III's thumb."

The son of one of James and Gilly's Spartan-I friends.