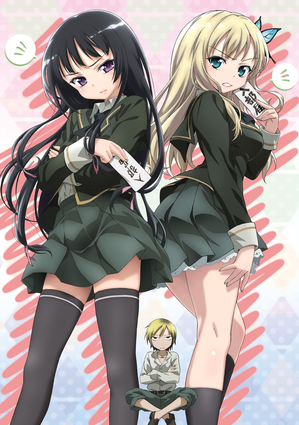 Boku wa Tomodachi ga Sukunai ("I Don't Have Many Friends") — also known by its canonical portmanteau name "Haganai" — is a light novel series written by Yomi Hirasaka and illustrated by Buriki (of Ground Control to Psychoelectric Girl fame), which was published from 2009 to 2015. It has a manga adaptation written by Hirasaka and illustrated by Itachi which ran in Monthly Comic Alive from 2010 to 2021, and an anime adaptation by AIC

by Funimation. The second season (called Boku wa Tomodachi ga Sukunai NEXT) aired in the Winter 2013 Anime season and was simulcast by Funimation.

I don't have many tropes: