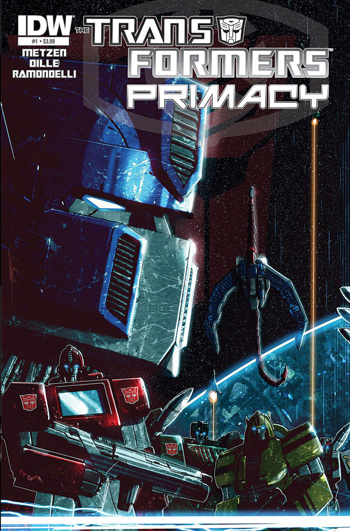 The Transformers: Primacy is a four-part miniseries, published by IDW Publishing between August and November 2013. The final part of a trilogy, and a direct sequel to Monstrosity, it continues where that series left off, with Megatron and the Decepticons taking off to the stars on the revived Trypticon, and Optimus trying to figure out how to be a Prime.