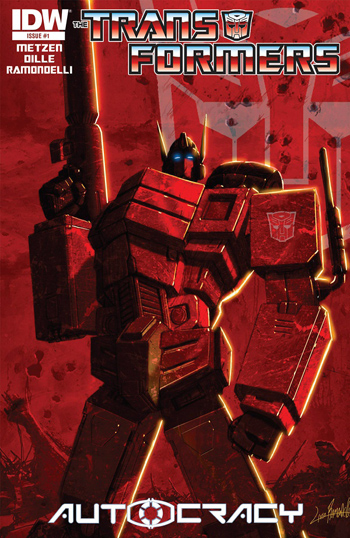 The Transformers: Autocracy is a twelve-part miniseries, published by IDW Publishing in 2012.

The series focuses on the days just before the Great War. It is set after Megatron Origin, and presents the Decepticons as an established force, sowing dissent across Cybertron primarily through terrorist actions. The series focuses on Orion Pax, an Autobot commander charged with rooting out these cells.