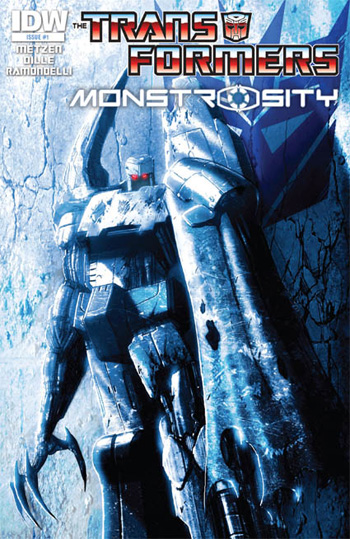 The Transformers: Monstrosity is a twelve-part miniseries, published by IDW Publishing between March and July 2013. A direct sequel to Autocracy, it continues where that series left off, with the Autobots dealing with their freedom in the very early days of the war. The Dinobots take centre stage, on the run from the law as they attempt to steal the funds to escape Cybertron, while Scorponok usurps Megatron's seat of power following his defeat at the end of Autocracy.