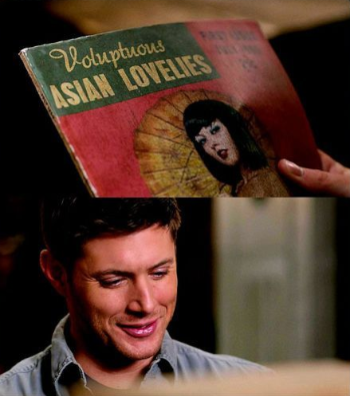 Male sitcom characters often tell each other dirty jokes whose punch lines we never hear, because they are interrupted by the appearance of a lady. It is left to our filthy imagination. Alternately, we just hear the punch line, which is perfectly meaningless and innocent on its own. See Orphaned Punchline.

The iconic three-page fold-out is also a strong visual image used in many series. Turning the magazine to make sense of the image optional.