This is a partial character sheet for Kamen Rider Ex-Aid. Visit here for the main character index. Subjective trope and audience reactions should go on the YMMV page. Spoiler before the final episode will be unmarked. It is advised to not read until you finished the main series.

The Monsters of the Week in Kamen Rider Ex-Aid, the bugsters are video game characters who became self-aware and desire to Kill All Humans in revenge for being treated as punching bags by them. 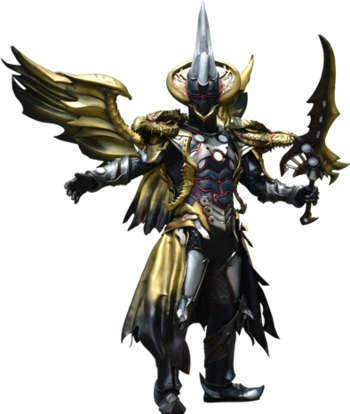 The Final Boss of Kamen Rider Chronicle, and the ultimate Bugster. While his data exists within Chronicle, he does not infect any known host prior to the game's start, with the result that not even the other Bugsters have seen him. Kamen Rider Chronicle is designed to release Gamedeus into the world once all of the Gashatrophies are collected. According to Kuroto Dan, the power of Kamen Rider Cronus is the only thing that can defeat him. 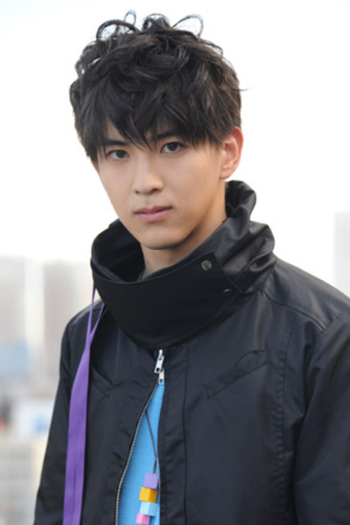 A Bugster executive who looks like an ordinary human. He plots with Kuroto and Graphite to turn the real world into a game-like environment where the Bugsters could cause havoc unhindered. He later acquires the Gashat Gear Dual, which allows him to transform into Kamen Rider Para-DX, and then with a Gamer Driver gains the ability to transform further into Para-DX Level 99. He's actually the first ever Bugster who was born from Emu, as his "M" personality.

Tropes exclusive to him as Kamen Rider Para-DX

Get the glory in the chain! Perfect Puzzle! 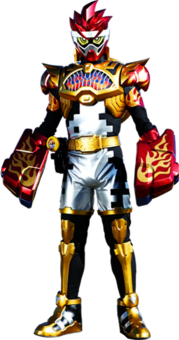 Voiced and Portrayed by Shouma Machii. 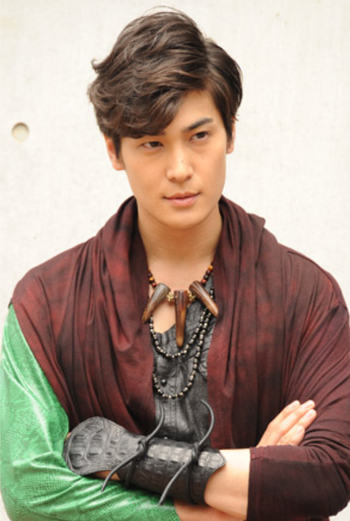 Graphite in his Bugster form
Often just called "Graphite" for short, he is a Bugster executive who was created from Drago Knight Hunter Z, and one of the very few Bugsters to have achieved a "perfect" form, no longer needing a human host. He acts as Parado's partner and right hand.

He's actually the Bugster that spawned from Hiiro's girlfriend, Saki. Because Taiga failed to defeat him back then, he completed his manifestation, causing Saki's physical body to disappear. After his death at the hands of the Riders in episode 10, Graphite appeared dead for good, but was eventually revealed to have been capable of being revived by Parado at any time. After waiting for the appropriate moment, Parado revived Graphite to finish Kamen Rider Chronicle, in the process ascending him to level 99. 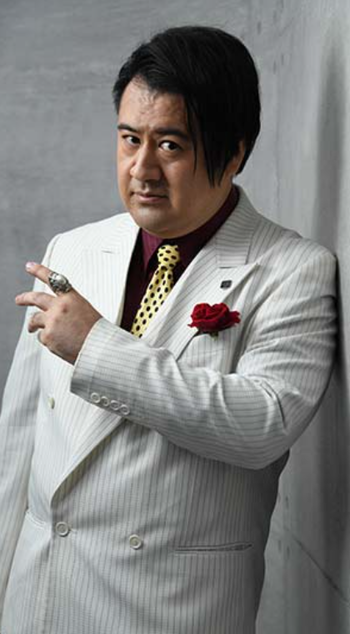 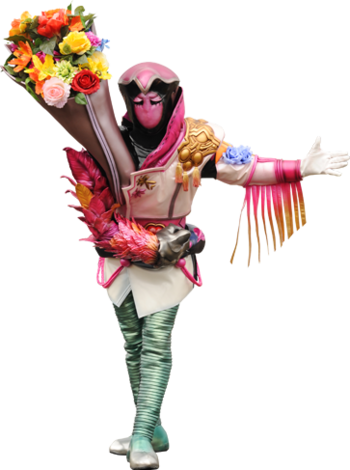 Ren in his Bugster form

The new president of Genm Corporation after Kuroto Dan's disappearance. He is a bit on the eccentric side even at work, and has a motto of "I love you's for the whole world!" In reality, he's the Bugster of the Dating Sim game Toki Meki Crisis, secretly working with Parado to complete Kamen Rider Chronicle. Was responsible for "resetting" Poppy to her original state.

He is killed permanently by Cronus.

A Bugster based on a boss from the Mighty Action game series. 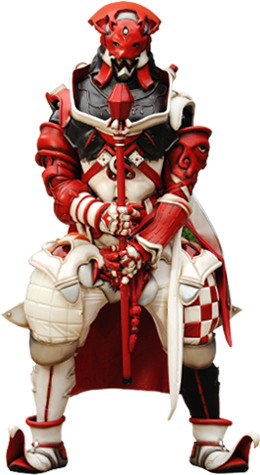 A crimson Bugster born from enemy data from the JRPG game "Taddle Quest". 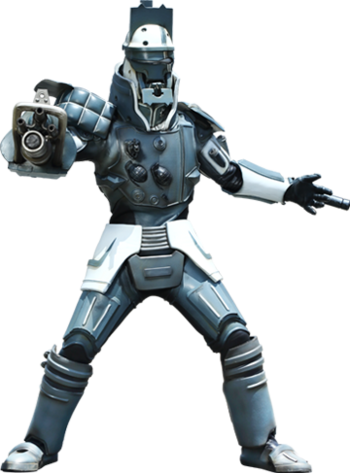 A Bugster born from the data of Commander Revol, a boss from the stuck-in-development-hell FPS game, Bang Bang Shooting. 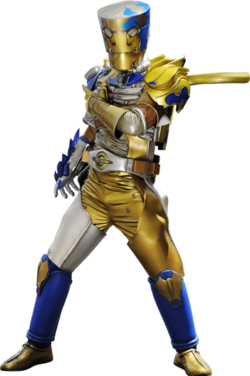 A Bugster born from the data of the anything goes bike racing game Bakusou Bike. He infected Yoshitaka Nishiwaki by Graphite, using the worry of the safety of his sister, Riko Nishiwaki. 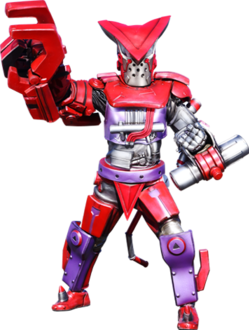 A Bugster based on the Final Boss of Gekitotsu Robots. Unlike earlier Bugsters, he starts at Level 30 and possesses his target rather than try to take their place. 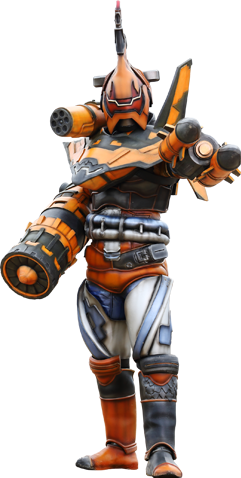 A Bugster born of the data of Jet Combat. Unlike earlier Bugsters, he starts at Level 30 and possesses his target rather than try to take their place. 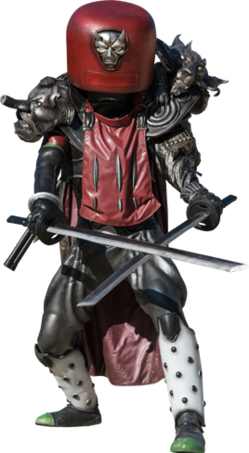 A Bugster born from the data of Giri Giri Chambara. Unlike earlier Bugsters, he starts at Level 30 and possesses his target rather than try to take their place.

A Bugster born from the data of Shakariki Sports after Kuroto infected himself with the Bugster Virus to evade authority figures. Unlike earlier Bugsters, he starts at Level 30 and possesses his target rather than try to take their place.

Bugsters made from the stolen Gashats. They are made when Graphite infects someone with two of the secondary Gashats. 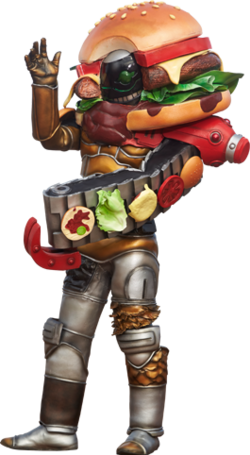 A Bugster born of the data of the cooking game called Ju Ju Burger.

Proto Mighty Action X Origin Bugster
A Bugster found within the data of the first build of Mighty Action X.
For more info on him, See Kuroto Dan's section in Kamen Rider Ex-Aid Others