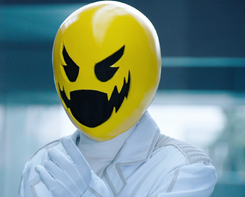 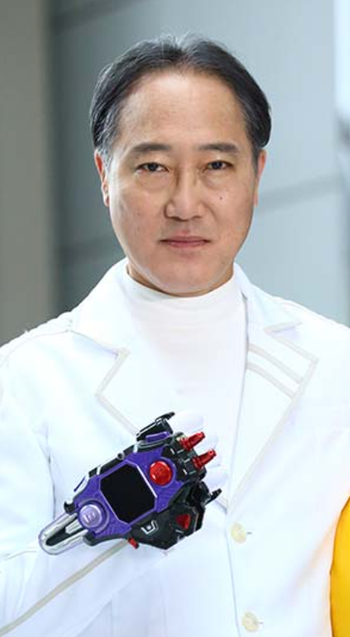 He's Back. The murderous snake rider of Kamen Rider Ryuki appears in the Kamen Rider Brave special to play a new game he's heard about and to have some fun as usual. For tropes applying to him in his home series, see here.
Kamen Rider True Brave 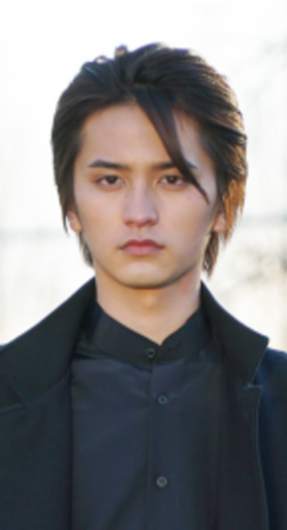 A Mirror Self of Hiiro Kagami who emerges from the Game World. He uses the Taddle Legacy Gashat to transform into Kamen Rider True Brave (Lv.50). He is a subconscious embodiment of Hiiro's ideal of himself as a "perfect doctor" who makes no mistakes, and of Hiiro's refusal to accept the inhumanity of such a standard. 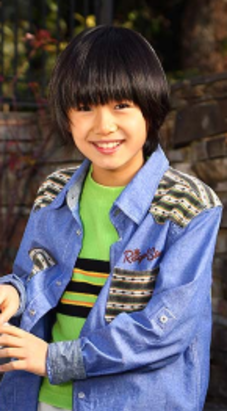 A genius programmer and a former patient of Hiiro Kagami. He is the creator of the Chou Super Hero Taisen game, and resides in the Game World of said game for the most part.
Kagenari Nagumo/Kamen Rider Fuuma 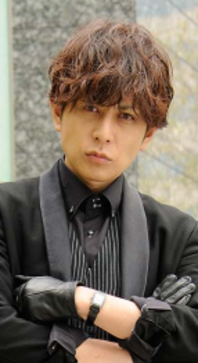 The Dark Rider appearing as a main villain in the Ex-Aid summer movie True Ending. A man working for Johnny Maxima, CEO of a foreign company, Machina Vision, who traps people in a VR-like "eternal heaven" world with his Ninja Gamers in order to get a cure for his daughter. Notable for being the first rider to be explicitly ninja themed.

Portrayed and voiced by Brother Tom 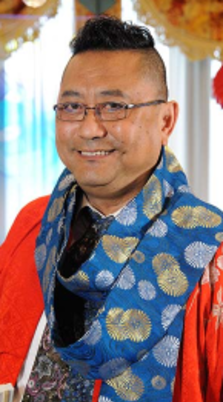 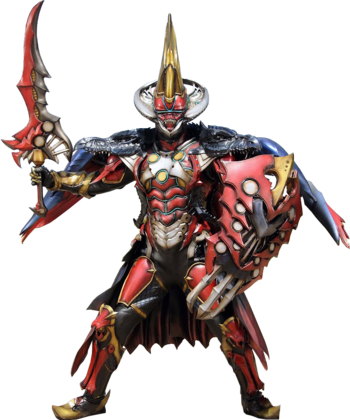 The main villain the Ex-Aid summer movie True Ending and CEO of a foreign company, Machina Vision, who traps people in a VR-like "eternal heaven" world, using the game disease. 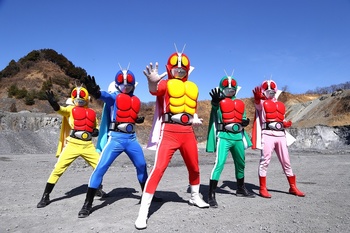 The Goriders
You're not seeing things. This Sentai team of Kamen Riders make their debut in Kamen Rider × Super Sentai: Chou Super Hero Taisen. They will also have their own mini-series with previous riders from old seasons returning.
Kaito Kumon/Kamen Rider Baron

The ruthless former leader of Team Baron turned into an Overlord returns as one of the Riders that was brought back in the Gorider miniseries. For tropes applying to him in his main series, see here.
Kaoru Kino/Another Agito

The former rival of the eponymous Agito and the Back-Alley Doctor of Kamen Rider Agito returns as one of the five Riders that Kuroto brought back to life in Gorider. For tropes applying to him in his main series, see here.

The main protagonist of Kamen Rider Blade returns as one of the five Riders that was brought back to life in Gorider.

As it turns out, the Blade that we saw early on is not the real Kenzaki. Rather, it's Kuroto Dan disguising as Kamen Rider Blade so he can trick the others so his plan could work. Unfortunately, him using Blade's powers draw the attention of the real Kenzaki, prompting him to go to CR in order to enter the game and spoil Kuroto's plan.

For tropes applying to him in his main series, see here.

She's back. The former Yggdrasill employee turned into Kaito's personal bodyguard is one of the Riders that was somehow brought back to life in the Gorider miniseries. For tropes applying to her in her main series, see here. 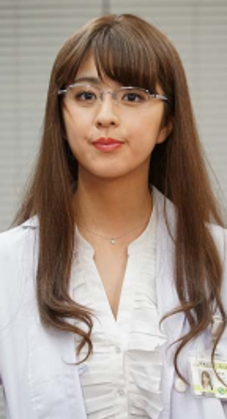 A doctor specializing in regenerative medicine. To aid in the recovery of game disease victims who disappeared, she heads a training game called Let's Make Bugsters, and conducts a test run alongside Emu involving raising Poppy and Parado. She appears in all three Kamen Rider Ex-Aid Trilogy: Another Ending epilogue specials.
Luke Kidman 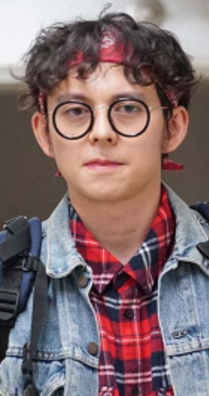 An American gamer who takes a liking to Nico. He is admitted into Taiga's hospital upon displaying symptoms of Toki Meki Crisis game disease, concurrent with the revival of Saki Momose and her new boyfriend Lovelica, the Toki Meki Crisis Bugster. He appears in Kamen Rider Brave & Snipe, the first installment in Kamen Rider Ex-Aid Trilogy: Another Ending.
Another Parado 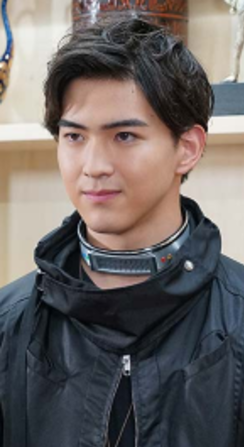 Aku no Kobushi Tsuyosa! Yami no Puzzle Rensa! Ashiki Yami no Ouza!note The Strength of Evil Fists! The Chain of Dark Puzzles! The Throne of Evil and Darkness! Perfect Knock Out!

Parado's doppelgänger who shows from the Game World of Saiko Yaotome's Let's Make Bugsters test run and impersonates the real Parado. He traps the real Parado and uses the Gashat Gear Dual Another to transform into Another Para-DX. He appears in Kamen Rider Para-DX with Poppy, the second installment in Kamen Rider Ex-Aid Trilogy: Another Ending.