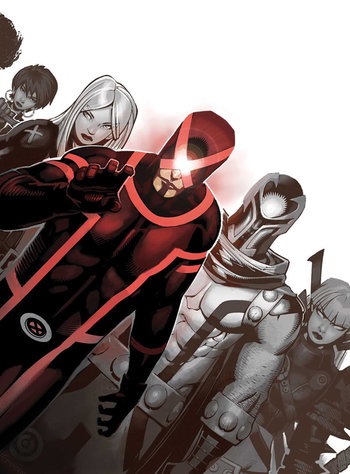 I want YOU for the Uncanny X-Men.
Advertisement:

The third volume of Uncanny X-Men was launched in 2013 as part of Marvel's Marvel NOW! relaunch. Written by Brian Michael Bendis, the volume takes place after the events of Avengers vs. X-Men with the mutant gene restored and with it the status quo. Mutants are being persecuted as they awaken and the X-Men are divided. Cyclops has become the face of a Mutant Revolution in order to prevent past tragedies from repeating, bringing him into conflict with old allies and The Avengers.

The students' character sheet can be found here.