The Loads and Loads of Characters of John Allison's Bobbinsverse, sorted by which comic they were introduced in. Some trope titles may give away spoilers, so view at your own risk. 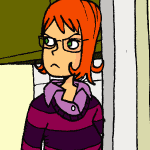 A plucky redhead with a knack for getting into trouble and going off on bizarre tangents that have little to do with the matter at hand. Has died at least twice. 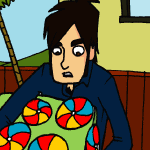 A charming local inventor and former journalist. Was mayor of Tackleford for a time before being exiled to Wales.

Shelley's best friend and one of Ryan and Tim's closest. A wild party girl with a sharp tongue who tries to be the group's voice of reason. Amy eventually opens up her own antiques store after discovering a talent for finding rare stuff people want, and marries Ryan during the Time Skip between Scary Go Round and Bad Machinery, settling down a lot in the process — though she can still impress Ryan's pupils with her air of bohemian cool.

A layabout with terrible luck at the start of Scary Go Round, Ryan slowly evolves into a contributing member of society. He marries Amy during the gap between Scary Go Round and Bad Machinery and now works as a teacher at Griswald's Grammar School.

A close friend of Tim and Shelley's during their time at City Limit, albeit a slightly sleezy Casanova Wannabe, who later goes really bad. 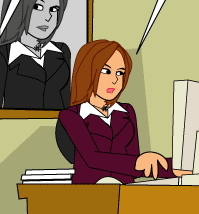 Shelley's friend roommate during Bobbins, who followed her boyfriend to the Himalayas, and turned evil — or at least destructive — after returning to the UK. 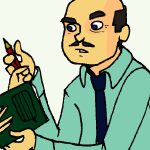 Amy's beloved dad and the former manager at City Limit. 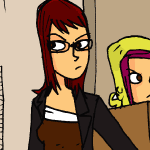 Former secret agent and former housemate of Shelley and Amy. Later gets a job as a waitress working for Hugo, and reappears with him and a bunch of other long-forgotten characters in a rather enigmatic 2017 Scary Go Round story.

A college student and barmaid who hates Shelley. Seemingly dies horribly, but returns many years later in the especially weird 2017 Scary Go Round story that resurrects several forgotten characters. 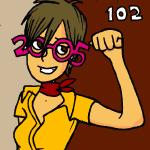 Tim's ex-girlfriend he met in the supermarket. They broke up with her after Tim cheated on her with Unit Daisy and she started going out with Rich soon after.

Tim's naive but talented younger brother, who eventually went to the Himalayas and apparently went mad. It has been suggested that "Van Dyke" may be a pseudonym for "Stephen".

The tech guy at City Limit. 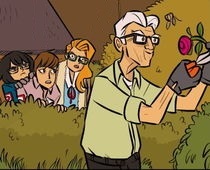 Rich's grandpa. The second manager of City Limit in the course of the comics' run, taking over after Len is removed from office. One of the resurrectees in the weird 2017 Scary Go Round story that was clearly designed to answer a lot of "Whatever happened to ...?" questions. 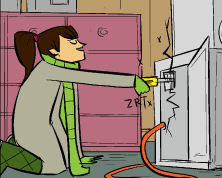 Tim's daughter with Riley, who first appears as a cute child in New Bobbins, then shows up in the resurrected Scary Go Round. Then in the "Hard Yards" storyline in 2017, a massive Retcon makes Scout a key figure in the Bobbinsverse.

Debuted in Scary Go Round: 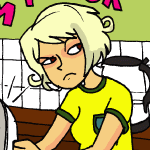 Ryan's sister who shows up in town at one point. She starts dating Tim before eventually marrying him, joining him in his exile to Wales. 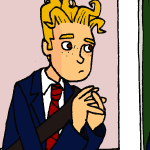 A local teen who briefly serves as Tim's assistant. Dates Esther after loosing his virginity to her in a caravan in Wales, only to break up with her 11 days into university after she cheats on him. Returns after the Bad Machinery time-skip working with Mildred's father and reconnecting with Tim. Then things get messy, and he dies through highly augmented folly, spends an indeterminate period as a horse in Hell, and eventually returns to Tackleford with Erin.

Tropes Associated with "The Boy": 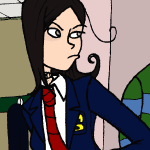 Esther Fenella de Groot is a snarky teenager (later becoming a snarky university student) whose sharp tongue and talent for boxing hide genuine care for those around her. She turned goth at the age of twelve, after having been humiliated by an opponent in an inter-school debating competition, and remains kind of dark, though frequently quite perky. She dates the Boy for a while before the two break up 11 days into university over her cheating on him. She stars in the Scary Go Round spin-off Giant Days, where she makes fast friends with two fellow students on her floor at university, Daisy and Susan. 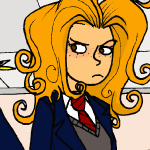 Shelley's brainy and practical sister. Ends up swallowing a potion that accelerates her growth and shortly after is brainwashed into marrying the evil Bob Crowley and then thrown into a portal to hell. She becomes Queen of Hell with the name "Mordawwa" (taken from an in-universe-fictional comic that may somehow have depicted her years beforehand — don't think about this too hard), then escapes back to Earth only to find no one remembers her. Like her sister, she ends up bouncing back and forth between Earth and the afterlife. She had a crush on "The Boy" but lost him to Esther, only to pick things up with him years later. 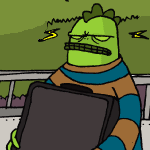 A fishman who Ryan meets while stricken with amnesia. He stays with Shelley, sponging off of her until she leaves for London. During the gap between Giant Days and Bad Machinery, he's reunited with his father by Shauna and Lottie. He now squats in his father's house after the old man's death, having sold off everything except his butler to pay the bills. 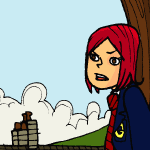 Lindsay James is one of Esther's school friends, a bully and wild party girl who does what she wants. Despite this she deeply cares for Esther and some of her more brutish actions are born out of loyalty to her friend. On her 18th birthday, she had sex with a man outside a bar and nine months later gave birth to her son, who she works hard to raise well. 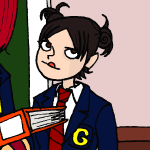 Esther's best friend and Lottie's older sister. Comes to prominence after she hits it off with Ryan, but the two break up shortly before she goes off to University. She returns later for two appearances in Bad Machinery and some guest spots in Giant Days. 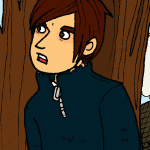 The hyperactive and strange younger sister of Sarah. She has a penchant for solving mysteries and wearing large puffer jackets. Is part of the main trio of girls in Bad Machinery with Shauna and Mildred.

A smart young woman and Lottie and Mildred's closest friend, solving many a mystery with the two. Born into a working class family, unilke the rest of the cast.

A local hooligan (allegedly) and the child of two well-to-do hippies, who becomes best friends with Lottie and Shauna.

A nervous boy who loves solving mysteries. Best mates with Linton and Sonny. Dated Shauna for a while before she broke up with him so she could hang out with her friends more.

A boisterous boy with a mouth as big as his libido. Best mates with Jack and Sonny. Son of a local police officer and as such has a strong sense of justice.

A sensitive boy who's Mildred's cousin and Linton and Jack's best mate.

A local delinquent who inserts himself to the boys' group.

A shy girl with a lisp who befriends Lottie after they end up in the same class.

A medical student and close friend of Esther and Daisy. Has a sharp wit, a terrible smoking habit, and a history with McGraw. 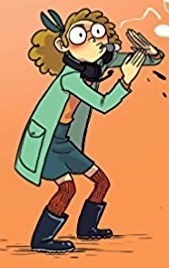 One of Esther and Susan's closest friends, a naive girl who was home-schooled by her grandmother. Daisy slowly realises she's gay after getting a crush on a friend. 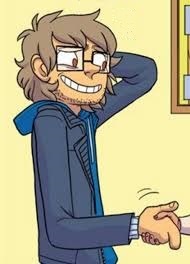 A nerdy friend of the girls who has a massive crush on Esther. 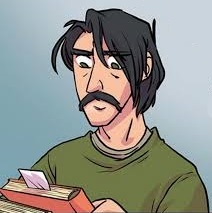 Actually Graham McGraw, but he never uses his first name; an old friend of Susan's of whom she initially has a burning hatred due to their past, though they eventually get over it. Notable for his extreme practicality. 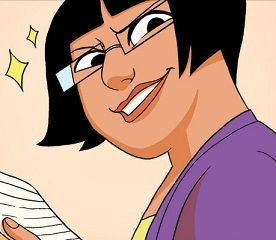 The editor of the university newspaper, who takes a brief interest in Ed. 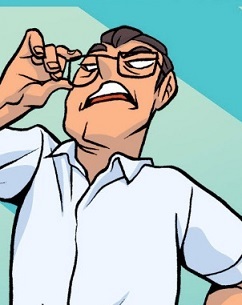 A “friend” of McGraw and Ed's who agrees to room with them for a year.

A fellow staffer on the paper during Ed's time there and a recurrent background character. 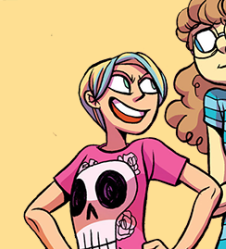 A first year student from Germany who's interested in Daisy. 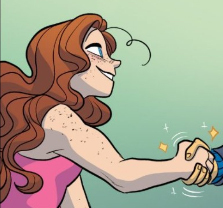 A very sporty Australian student (specifically a keen oarswoman, and a bit of a female Awesome Aussie), studying astronomy and physics, who bonds with Ed when they're both in physiotherapy after injuring their legs while drunk.