Total Drama's cast got so big that the page had to be split into several pages. This page is for the season 4 contestants in the Toxic Rats team.

open/close all folders
B, The Strong Silent Genius 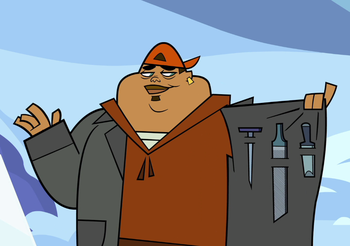 B is a man of few words — zero words at all, in fact. But what he lacks in voice, he makes up for in immeasurable ingenuity and intelligence. Give him a problem and some materials, and he will very quickly MacGyver a brilliant contraption to solve the issue at hand. 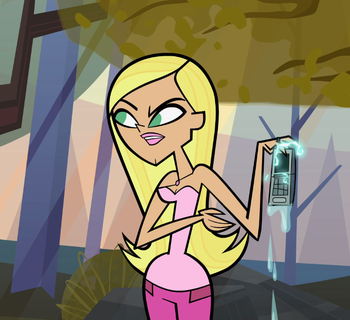 One of the biggest attention-seekers to have starred on reality TV, Dakota appears at first to be nothing more than your typical vapid, spoiled princess. Deep down however, she really just wants to have somebody who will love and accept her for who she is. 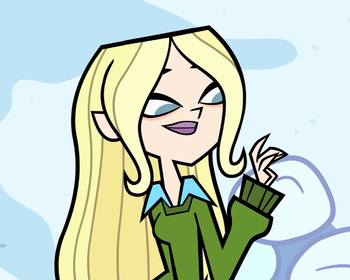 "I can read people's auras, and it looks like someone threw up on yours."
Voiced by: Caitlynne Medrek
Teams: Toxic Rats

One of the show's more unusual contestants, Dawn is a strange and enigmatic girl who has the supernatural ability to read the auras of others. While her powers do creep her teammates out, Dawn is a girl of infinite compassion who loves all living creatures and the natural world. 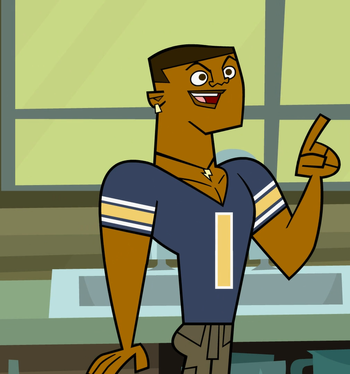 Lightning is your classic Jerk Jock, one whose incredible arrogance and boastfulness are legitimately backed up by his strength and athleticism. As competitive as he is though, his intelligence is at the opposite end of the scale when compared to his ego and physical prowess. 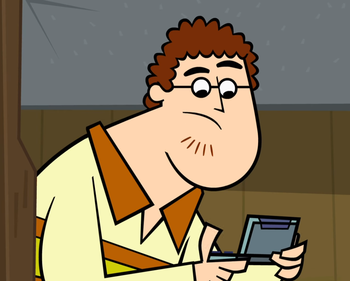 "This is the longest I've ever been without playing video games. My fingers feel empty."
Voiced by: Brian Froud
Teams: Toxic Rats, Heroic Hamsters

A chubby gamer geek rarely seen without a handheld video game device that has a game he's in the middle of playing. Sam is not very athletic, has weak social skills, and possesses a low opinion of himself, but his more standout traits are his friendly disposition and kind heart.

Scott, The Devious One 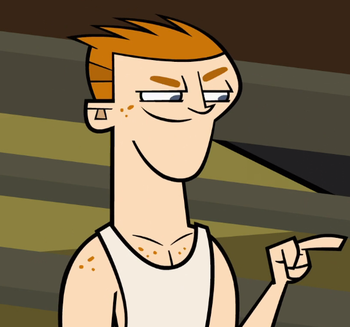 A farmboy as devious as he is unscrupulous, Scott is a natural-born schemer who will do anything to win Total Drama, even if it's at the expense of his teammates. However, as later seasons show, he does have a soft side when under the proper circumstances. 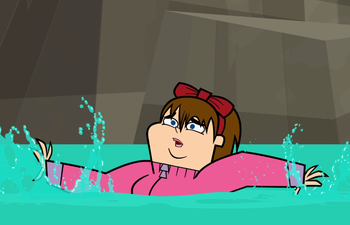 A chubby and eccentric girl whose most notable trait is that she never ever shuts up. Staci is a pathological liar who constantly blabbers about her alleged ancestors' numerous (and entirely fictional) achievements and contributions to society in an effort to impress everyone.