Total Drama's cast got so big that the page had to be split into several pages. This page is for the contestants that were on the Screaming Gophers team in season 1.

open/close all folders
Beth, the Wannabe 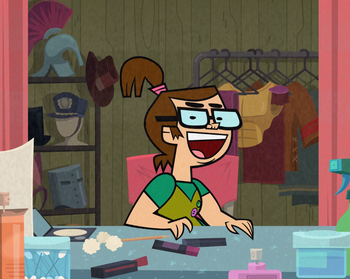 "Omigosh, hi Chris! It's so incredulous to meet you! Wow, you're much shorter in real life..."
Voiced by: Sarah Gadon
Teams: Screaming Gophers, Killer Grips

A short and socially awkward girl born and raised on a farm. Although she's not much to look at when compared to some of the other female contestants, Beth is very friendly but also naive and spineless - which can make her an easy target for the more unscrupulous competitors. 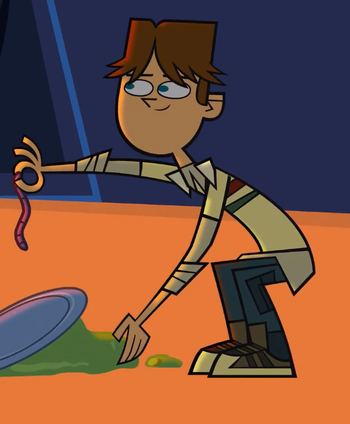 A tech-savvy dweeb who is fully convinced he is one of the cool kids. Cody's obliviousness to his own geekiness is most obvious in his self-delusions as a lady-killer, which only amuses or annoys the girls he meets. Despite his perverted tendencies though, he's just a well-meaning kid at heart. 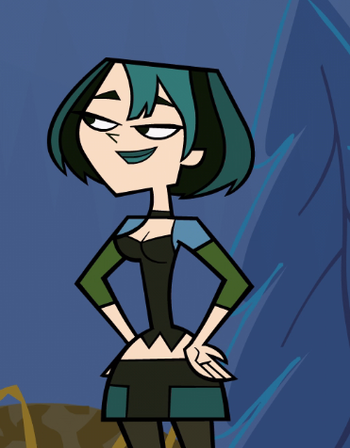 A goth girl with an interest in art. While her blunt and moody attitude makes her seem cold and harsh, Gwen isn't anti-social; she's just cautious about who she lets into her social circle. But those who get to know her will find that she is a smart, kind, level-headed, and independent woman. 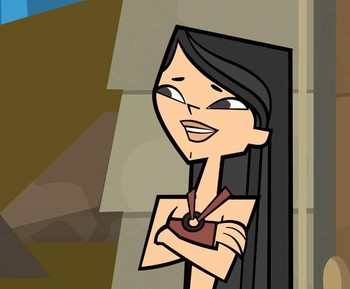 "When I win, I'm thinking of my own spin-off series, "The World According to Heather."
Voiced by: Rachel Wilson
Teams: Screaming Gophers, Screaming Gaffers, Team Amazon, Villainous Vultures

The mean Alpha Bitch who rules high school in every teen movie, Heather is as ruthless, narcissistic, manipulative, and self-centered as they come. She always knows what she wants and how to get it, with little regard for who she has to hurt or deceive to achieve her goals. 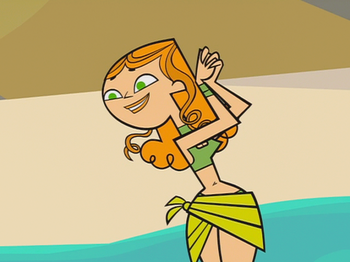 "Nutty as a ten-ton bag of pecans smothered in peanut butter, encased in a cashew the size of China", Izzy is easily the most eccentric of all contestants. Bounding with endless energy and insane ideas, Izzy has a wild and excitable personality that makes her nearly impossible for anyone to handle. 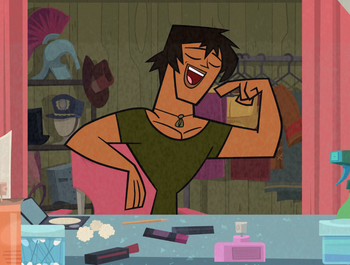 "Okay, brain, it's all up to you. I know you haven't had a lot of exercise in the past um... sixteen years, give or take, but you can do this."
Voiced by: Adam Reid
Teams: Screaming Gophers, Killer Grips

A supermodel of irresistible beauty, Justin's unparalleled gorgeousness stuns everyone, but the person who admires his perfect body the most is himself. His jaw-dropping looks are pretty much the only thing he's got, but he knows very well how to use them to his advantage.

Leshawna, the Sister With 'Tude 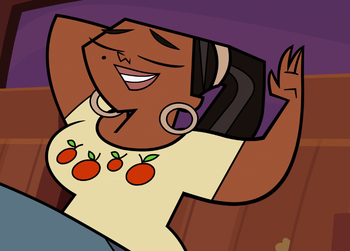 Big, loud, and proud, Leshawna doesn't take any nonsense from others and will not hesitate to get physical if they dare to push her buttons. But under her sassy, street-smart attitude, she is loyal, compassionate, and sisterly to those she holds close to her heart. 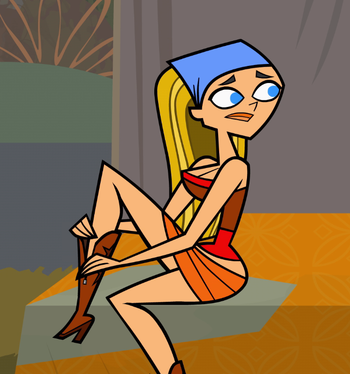 "Uh, Kyle? Can I have the cabin with the lake view because I'm the prettiest?"
Voiced by: Stephanie Anne Mills
Teams: Screaming Gophers, Killer Grips, Team Victory, Heroic Hamsters

A textbook Dumb Blonde, Lindsay combines drop-dead gorgeous looks with the intellectual capacity of a frosted cupcake. Although her naivety and childishness often get her in trouble, she is full of nothing but good intentions and has not a bad bone in her body. 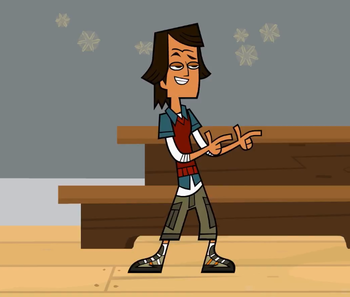 A sardonic, antisocial, and pessimistic know-it-all as intelligent as he is well-armed with sarcastic quips and dry remarks. Noah actively avoids physical activity and believes himself to be the smartest person on the show, yet his closest bonds tend to be with the wackiest cast members. 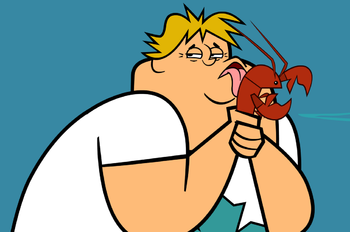 Outgoing, enthusiastic, optimistic, and none-too-clever, Owen's girth and appetite are only rivaled in size by his heart. He came to Total Drama just to have a fun time and make friends with everyone. Just steer clear of his butt after he's had beans though. 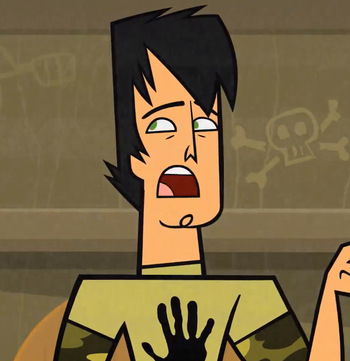 "I really feel I made such awesome friends here, it's hard for me to vote anyone off."
Voiced by: Scott McCord
Teams: Screaming Gophers, Killer Grips

A smooth and handsome young man with a friendly, mild-mannered, and easygoing attitude, Trent is the personification of every teenage girl's dream guy — complete with guitar skills that only further endear him to the ladies. However, he can be quite neurotic, obsessive, and erratic when under stress.