To see the tropes associated with the characters introduced in the parent series, visit this page. 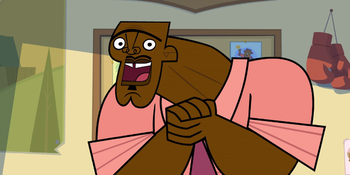 Chris McLean's sidekick in Total Drama, now in charge of a daycare. Unfortunately for him, taking care of toddler versions of the teen contestants is harder than dealing with the actual teenagers.

The daycare ensemble as of Season 3

Eleven of the twenty-two teenagers from Total Drama Island (as well as one character from 6teen) now all as preschoolers attending a daycare. 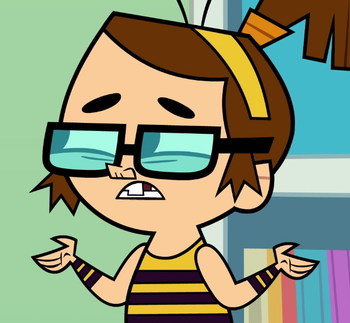 Compared to her teenage self, this Beth is an odd girl obsessed with bees and picking her nose. She's also more prone towards selfish and egocentric behaviour than the original. 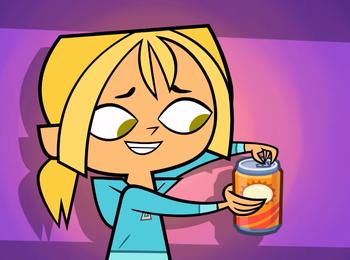 While no longer a surfer or a vegetarian, this version of Bridgette is even kinder and gentler than her already sweet-natured teenage counterpart. 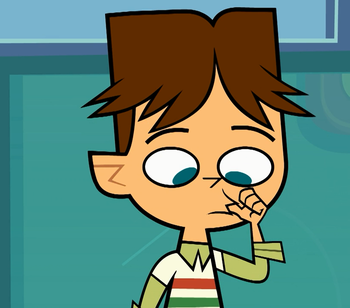 This Cody is quite a different character than the one on the original Total Drama. Here, he's a naive, happy-go-lucky boy who's probably the closest to acting like a real four-year-old. 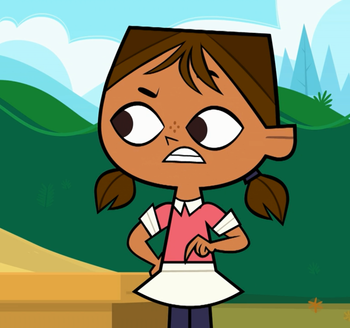 Just like her teenage self, the Courtney of this show is a bossy overachiever and a stickler for the rules who always tries to maintain order among the other kids. 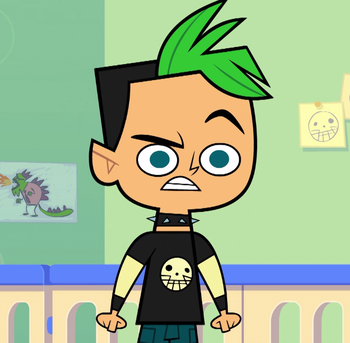 Duncan here is exactly what you'd expect the one from the original Total Drama to be as a toddler — a troublemaker who loves breaking the rules but with a soft side hidden under his mean attitude. 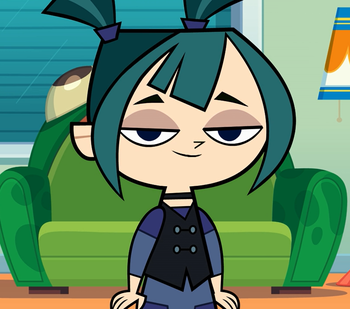 A very different character than her teenage self, this version of Gwen has fully embraced the goth stereotype to become a morose and morbid girl who takes pleasure in scaring the other kids. 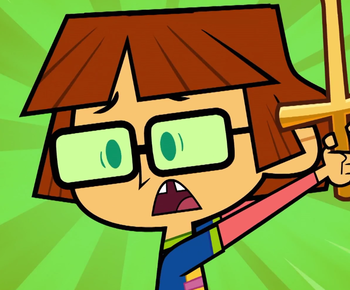 Harold here is every bit as nerdy as he was on Total Drama, but now he has an obsession with ninjas and always trains himself in their ways. 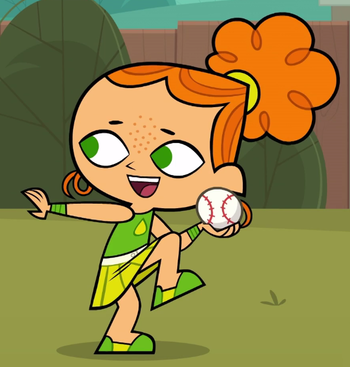 This Izzy is the same wild, crazy, and energetic girl we know and love, every bit as wacky, psychotic, and hyperactive as her teenage counterpart. 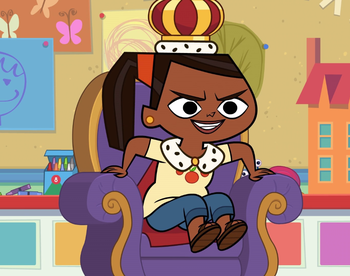 Leshawna here is every bit as loud and proud as her teenage counterpart, but also much bossier and more egotistical than before. 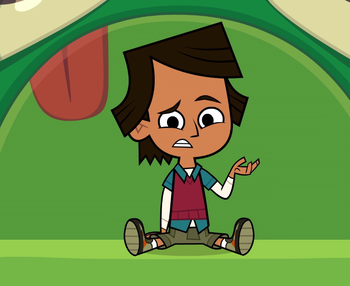 Just like his teenage counterpart, Noah here is an extremely snarky and extremely intelligent boy who is Owen's best bud and the brains to his brawn. 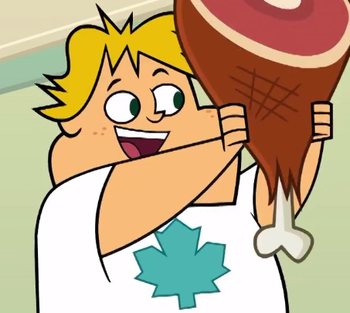 Owen here is the same chubby, cheerful, and gluttonous goofball he was back on the original Total Drama (complete with the gas issues), just now pint-sized. 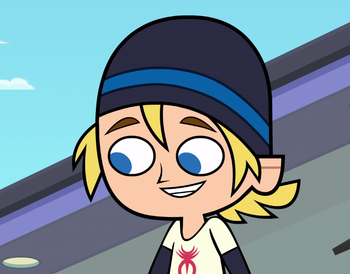 A character from Total Drama's sister series 6teen. This version of Jude is still the same laidback and spaced-out skateboarder that his teenage self was. 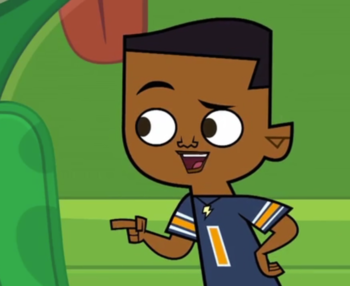 A character from Total Drama: Revenge of the Island added to the main cast in the Season 3 episode "Sugar & Spice & Lightning & Frights". Lightning is every bit as much the fearless, overachieving athlete that he was in the original show, but is actually a much less aggressive and narcissistic character than before. 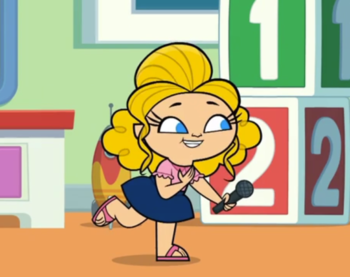 A character from Total Drama: Pahkitew Island added to the main cast in the Season 3 episode "Sugar & Spice & Lightning & Frights". Like her teenage self, Sugar is a country girl with a history of appearances in child pageants and TV commercials who thinks quite highly of herself and won't hesitate to get her hands dirty when she has to. 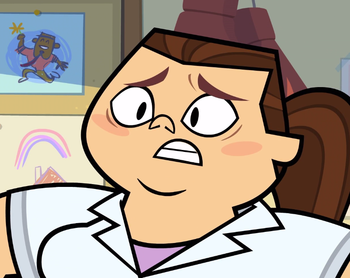 A character from Total Drama Presents: The Ridonculous Race. Whereas she was a police cadet in that show, here she works in every odd job the plot requires. 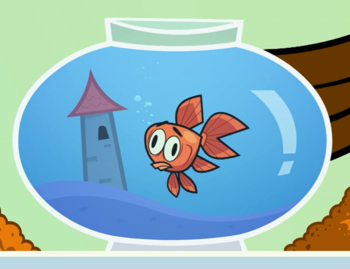 A goldfish who serves as the daycare's pet. The kids have a tendency to accidentally kill him, forcing Chef to buy a replacement every time. 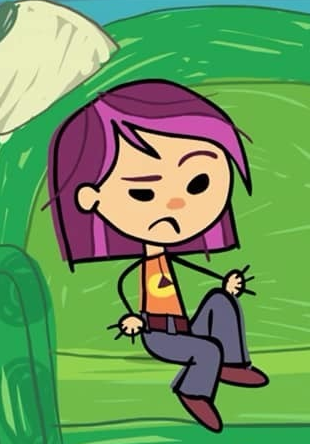 Another character from 6teen. She used to go to the daycare, but since she's now moved away, she only appears in a flashback. 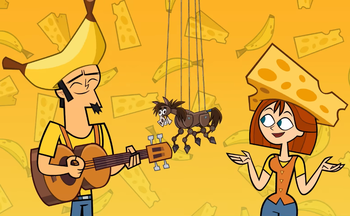 A children's folk singing duo that go by the name of Bananas and Cheese. 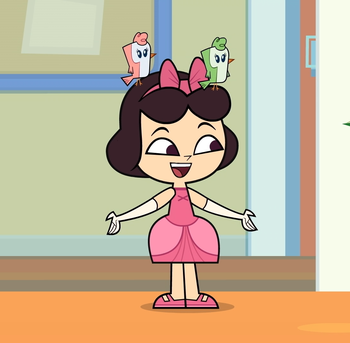 A character from Total Drama Pahkitew Island, who is Gwen's cousin in this show. Just like her teenage counterpart, Ella is an extremely sweet girl who has dedicated her life to being a living Disney Princess. However, unlike her teenage self, Ella here has a dark side. 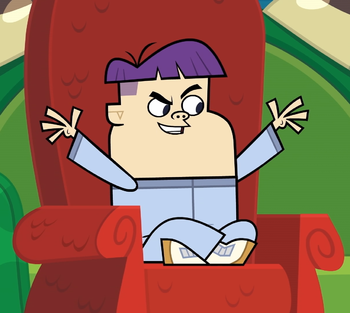 Another character from Total Drama Pahkitew Island, who is Owen's cousin in this show. Like his teenage self, Max has the heart of a supervillain and dreams of achieving world domination someday.