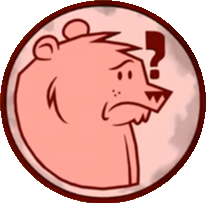 Total Drama's cast got so big that the page had to be split into several pages. This page is for the season 5.2 (season 6 in select countries) contestants in the Waneyihtam Maskwak (Confused Bears) team.
Advertisement:
open/close all folders
Beardo, The Human Soundboard 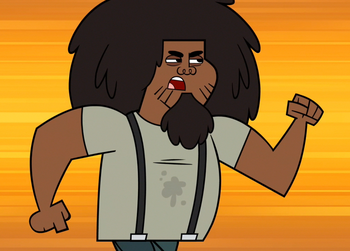 An aspiring disc jockey whose most distinguishing features are his huge afro and beard. He is not very talkative and prefers to use his vocal cords to instead show off his incredible beatboxing skills and his ability to produce a wide variety of unusual sound effects. 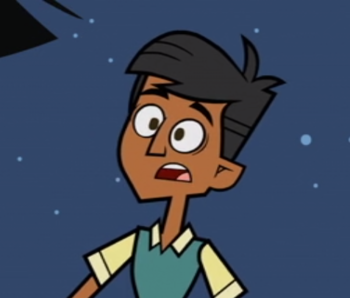 "I really should've written down what I wanted to say, but the only pen I could find was all chewed up, and not by me. Kind of grossed out just thinking about it. As a competitor I'd be vicious, all about the money. Not there to make friends, know what I mean? Keep people at arms length, grab that cash! I'm gonna play this cold."
Voiced by: Daniel DeSanto
Teams: Waneyihtam Maskwak (Confused Bears)

A high-strung and neurotic hypochondriac with an intense anxiety towards all things filthy. Dave sees himself as the only normal person on the show and is easily frustrated or annoyed by the eccentricities displayed by most of the other Pakhitew Island competitors. 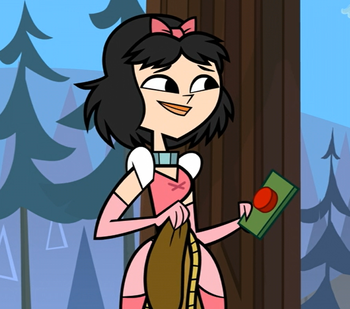 "My name is Ella. I was a huge fan of Total Drama World Tour. I memorized all the songs from that season and performed them at the local mall in a one person flash mob! The nice security man told me I had a beautiful voice, and that I was banned from the mall."
Voiced by: Sunday Muse
Teams: Waneyihtam Maskwak (Confused Bears)

Like the stereotypical Disney-style princesses she imitates, Ella is an incredibly sweet girl with a perpetually sunny disposition, absolutely no ill will towards anybody, and an angelic singing voice that entrances all the creatures of the forest (but annoys most people to no end). 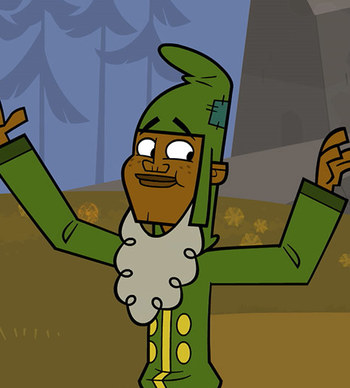 An oddball even among Pakhitew Island's wacky contestants, Leonard is a delusional LARPer who seems to be convinced he is an actual wizard. Due to his loose grip on reality, he frequently (and unsuccessfully) attempts to use magic to complete challenges. 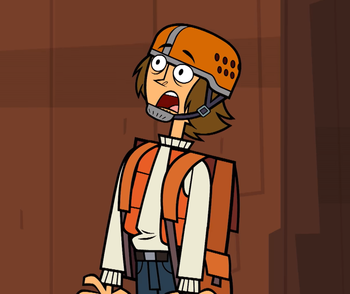 "In my mind, I'm always running from zombies, and if you're not, you're crazy!"
Voiced by: Zachary Bennett
Teams: Waneyihtam Maskwak (Confused Bears)

A Crazy Survivalist and Conspiracy Theorist who is convinced that zombies are real and that the zombie apocalypse is due anytime soon. Because of his delusions, Shawn has taught himself a wide variety of skills that make him a strong player, even if his paranoia tends to get the better of him. 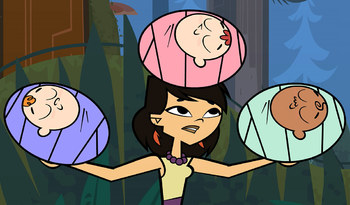 An aspiring Olympian athlete whose goals are firmly set on achieving victory. Sky is a skilled gymnast who believes in the importance of teamwork and good sportsmanship. Although competitive, she despises cheaters and rarely shows any serious disrespect towards her teammates. 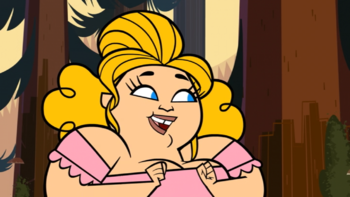 "Nobody but me is winning this here pageant!"
Voiced by: Rochelle Wilson
Teams: Waneyihtam Maskwak (Confused Bears)

A former child pageant champion of rustic background. Sugar is fearless, extremely competitive, and will do anything to gain an advantage over her fellow contestants. Although she is crude and unintelligent, her pageant experiences give her the ruthlessness to be a much more formidable player than she seems.