Total Drama's cast got so big that the page had to be split into several pages. This page is for the contestants that were on the Killer Bass team in season 1. 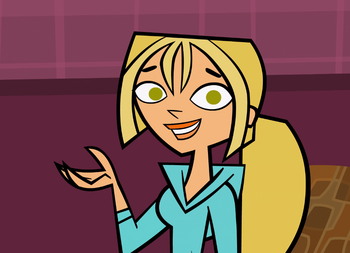 "I'm a vegetarian! It's against my principles!"
Voiced by: Kristin Fairlie
Teams: Killer Bass, None, Team Victory

A sweet, gentle, and caring girl who loves animals and surfing. As coordinated as she is on the water, Bridgette is very klutzy when on dry land. A vegetarian dedicated to her granola values, she abhors violence and confrontation and just wants to see everyone get along.

Courtney, the 'Type A' 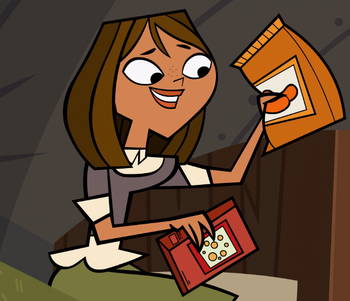 A haughty, uptight, and perfectionistic overachiever who will do anything for success. As the only contestant with CIT (counselor-in-training) experience, Courtney is a natural leader with many strengths, but her bossy demeanor and ruthless drive to win makes her a polarizing individual.

DJ, the Brickhouse With Heart 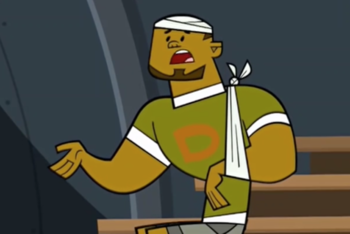 Don't let his size and strength fool you, DJ is a sensitive, gentle, and soft-hearted Mama's Boy who loves animals. He is very timid and gets scared quite easily, but his compassionate personality and superb cooking skills endear him to even the most unpleasant people. 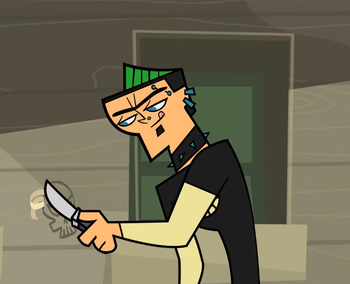 A grade-A juvenile delinquent who has been in and out of juvie countless times. Duncan has the tough-guy attitude that comes with those experiences, but underneath his brooding and rebellious bad-boy demeanor is a hidden heart of gold — not that he would ever admit to it. 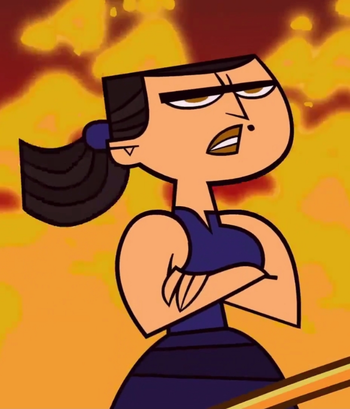 "Unless they want to leave in body bags, they'd better not say my name!"
Voiced by: Julia Chantrey
Teams: Killer Bass

A tough, aggressive, and temperamental girl interested in sports, fitness, and bodybuilding. Eva's physical strength is matched only by her bad temper, but the difficulty she has at controlling her anger means that she usually ends up frightening others away from her. 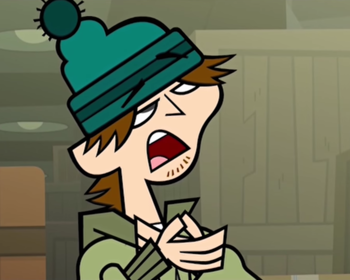 Click here to see him in his feral state 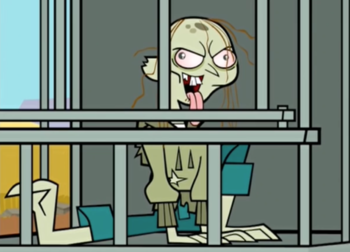 "Well, guys are much stronger and better at sports than girls are, eh."
Voiced by: Peter Oldring
Teams: Killer Bass, Team Victory

A simple prairie-raised farmboy who has been sheltered and homeschooled for his entire life. As a result, he is very naïve and has no idea how to interact with other teens. But despite his tendency to blurt out the wrong things, Ezekiel is rarely ever malicious.

In World Tour, he devolves into an animalistic semi-human creature as a result of stowing away on the plane and being forced to survive on his own.

Geoff, the Funniest Guy Around 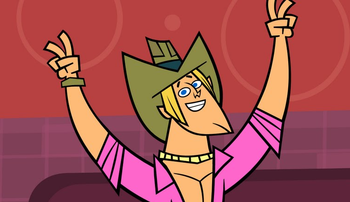 "OK, guys, let's just chill out. This is getting way too heavy."
Voiced by: Dan Petronijevic
Teams: Killer Bass, None, Surfer Dudes

An exuberant, upbeat, and fun-loving party animal and Surfer Dude who sees the bright side to almost every situation. While he is a little dim, Geoff just loves being around people and having a good time. To him, life is just one big party, and everyone is invited. 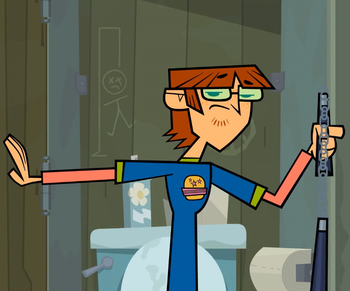 A classic nerd, Harold is physically and socially awkward, severely lacks personal hygiene, and has an encyclopedic knowledge of weird, useless trivia. However, he makes up for his many unattractive qualities with his numerous and oddly useful "mad skills". 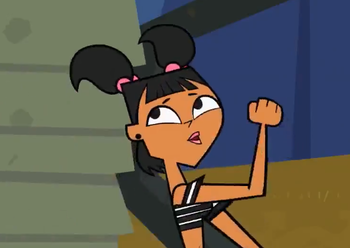 A ditzy, bubbly, and kind-natured girl who loves cute clothes and cute boys. Katie is always seen with her BFFFL (Best Female Friend For Life) Sadie, and the two are utterly inseparable. It would break her and Sadie's poor little hearts if they were ever forced to split apart for any reason. 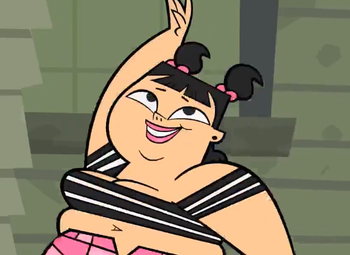 Katie's BFFFL (Best Female Friend For Life), who possesses the same cheerful, peppy, and kindhearted personality as her friend does. She and Katie do virtually everything together, from wearing matching clothes to fawning over the most handsome boys in the cast. 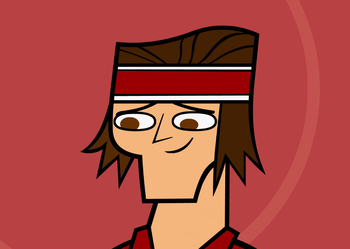 Although he looks like the classic high school sports champion and thinks of himself as one, Tyler lacks the coordination to do well in any sport. And while he is self-deluded in his abilities and rather unintelligent, he is also loyal, honest, well-meaning, enthusiastic, and very determined to prove himself.