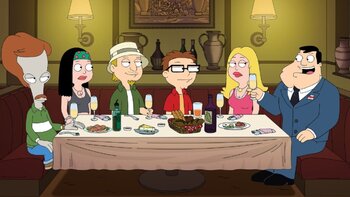 "I may be blonde with great cans but I'm pretty smart when I've had my eight hours!"
Voiced by: Wendy Schaal
Debut: "Pilot"

The matriarch, wife of Stan and mother of Hayley and Steve. A fairly happy housewife, if not a little loopy at times, although she does wish she could do stuff outside the house other than grocery shopping. During her years growing up, she was the adopted daughter of the Chinese Lings after her birth parents, the Dawsons, abandoned her as a baby at an airport since bringing babies to first class wasn't allowed. Prior to hooking up with Stan, she was very promiscuous (currently has the largest rose garden dedicated to the men she had sex with prior to meeting Stan — one with guided tours and a native tribe who has never seen a white man) and wild. 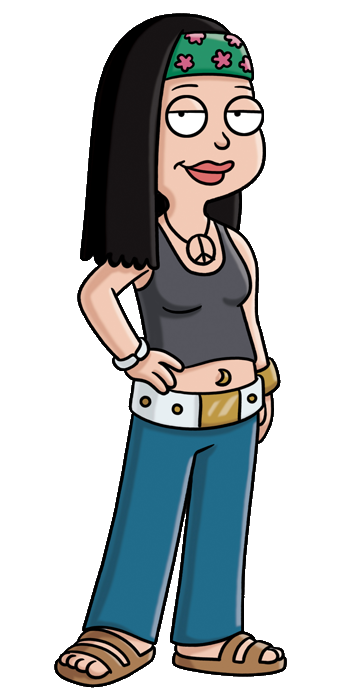 Daughter and the oldest of the two Smith siblings. As a kid, she and her father were close due to sharing the same beliefs, but as she became a young adult, her views became the complete opposite of her dad's, causing the two to butt heads often; for instance, she's in favor of gun control, while he isn't. That's not to say that she doesn't get Aw, Look! They Really Do Love Each Other moments with Stan, and shares more than a few personality traits from her father, both negative and positive. 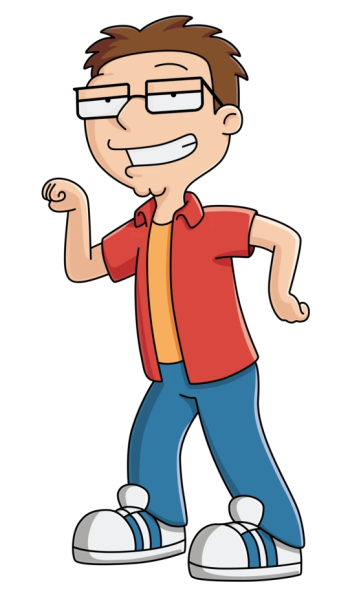 "I'm Steve. I have five friends on MySpace and I'm waiting on approval from a sixth."
Voiced by: Scott Grimes
Debut: "Pilot"

The younger of the Smith siblings. A nerdy and awkward teenager who has his own circle of nerd buddies and quests for tail. While otherwise unsuccessful at the game of love, he does have an on-again/off-again relationship with heavyset goth Debbie Hyman, which seems to have resumed as of 'Escape From Pearl Bailey' but ended for good as of "Bar Mitzvah Hustle". 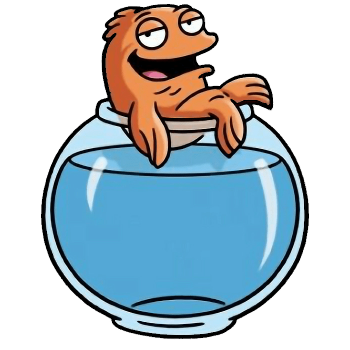 "There's an old German saying: "Don't blame the fish." There are other sayings, but they, um, mostly involve genocide."
Voiced by: Dee Bradley Baker
Debut: "Pilot"

An East German athlete trapped in the body of a goldfish thanks to a scheme by the CIA to prevent him from winning the gold at the 1986 Winter Olympics because he was from the "communist East." Stan was assigned to looking over Klaus, and as such the talking fish has become an honorary member of the Smith family.

"I'm intrigued. Although that could just be the Intriguenol I took this morning."
Voiced by: Jeff Fischer
Debut: "Pilot"

Hayley's on-again, off-again stoner boyfriend. They get married in the premiere of season 6. 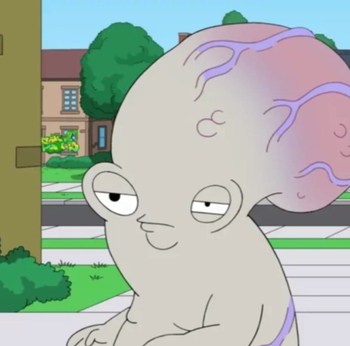 Roger's homunculus/son, who becomes a family member in the 250th episode.
Advertisement: