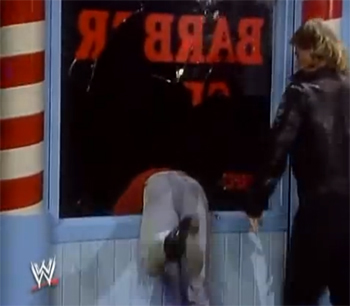 "That coward tried to jump out the window!"
Advertisement:

When a wrestling tag team or stable are inevitably split up, it's almost a guarantee that this trope will come into play.

NOTE: In the case of a female wrestler or valet becoming the breakup breakout to the male wrestler(s) she managed/teamed with, that is Smurfette Breakout.