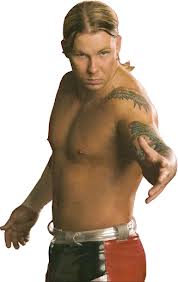 Shannon Moore (b. July 27, 1979) is an American Professional Wrestler best known for his work in WCW and WWE. He debuted in 1995 after being trained by the Hardyz and worked in various southern independent promotions. WCW picked him up in 1999 and he was teamed with Shane Helms and Evan Karagias as 3 Count, a wrestling Boy Band. WWE picked up his contract after buying WCW and sent him to the Heartland Wrestling Association in Ohio. He arrived on WWE SmackDown in 2002. He stayed with WWE until 2008 and went off to Impact Wrestling and the independents.

Among his in-ring achievements, he is a former 2x HWA Cruiserweight Champion

as a member of 3 Count, a former NWA Wildside (Georgia) Tag Team Champion

a former, and the first-ever, FTPW Champion

, and a 2x, and the first ever, OMEGA Light Heavyweight Champion