Some trope titles are spoilers on their own, but according to the wiki rules they are not to be under spoiler tags, as such do proceed with caution.

He's not normally this confident.
The main character, who iss more than a little shocked at his situation for several good reasons. Chief among them being that he had a lover before going into cryostasis, but she disappeared by the time he woke up.

I went to work whenever I felt like it.
The second of the male surviors shown. In stark contrast to Reito, he actually relishes his new life as a Breeding Slave, calling it "paradise" on several occasions.

This is his default expression.
The third survivor. Horrifically bullied in high-school, he wakes up from cryo-stasis to find himself in a mostly female world, where all his bullies, of both genders, are long gone, and his dreams of a happy high-school life get fulfilled. 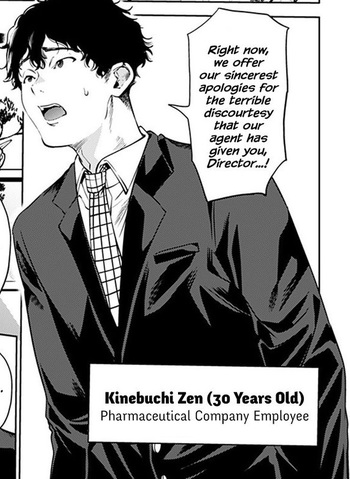 And he thinks THIS is bad...
The fourth of the MS survivors. He is kidnapped by a Terrorist group.
Reito's Assistants and family

Reito's younger sister and the only one of his relatives to survive the outbreak of the MK-virus while he was in cryostasis. 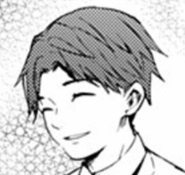 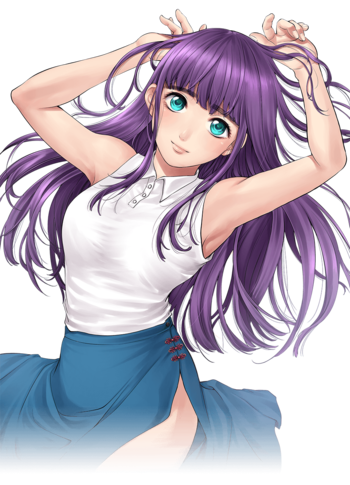 This is the girl Reito's holding out for.
Reito's primary love interest with whom he's been completely smitten since elementary school, and the feeling's been mutual. She's the last face he ever saw before going into cryostasis.

Reito's assistant. She is so clinically and emotionally detached from her task of getting Reito to mate that her efforts only serve to repel him instead, despite his physical attraction to her.

The nurse would like to see you now. (And she'd like you to see a lot of her.)
Reito's nurse. Originally presumed to be his bodyguard due to her Super Strength, she's an alcoholic who initially came on to Reito way, way too strongly.

What are you looking at, pervert?!
Introduced in chapter 21, she's a man-hating lesbian who takes an immediate dislike to him, for no readily discernible reason, outside the fact that he's male.

This is her at her most attractive.
Added to Reito's harem in chapter 21 alongside Rea, she's presumably the leading expert on the MK-virus. She meets Reito, accidentally knocks him to the ground and then runs away screaming "A BOY" to his confusion.
Hino's known conquests

She's here to please him
She serves as Hino's handler, and is constantly looking for ways to keep him entertained.

Does she look happy to you?
An in-universe famous actress, brought to Hino, to his surprise, simply because he made an off-hand comment to his handlers that he liked her role in an old pre-MK-virus show. 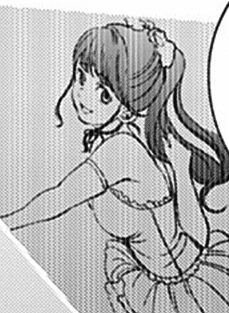 Lead idol singer of the popular idol group, "Q." This group remains wildly popular even after the five-year time-skip, and the MK-virus. 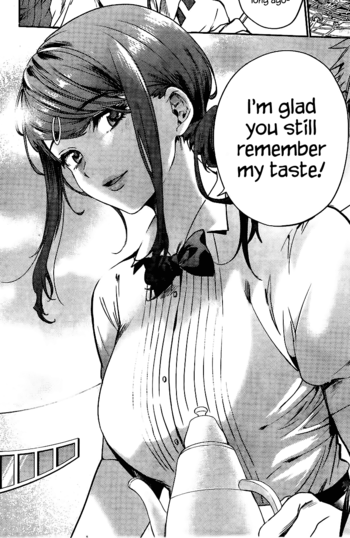 A chef and trainer at the restaurant where Hino used to work, part-time, prior to the M-K virus.
Shota Doi's bullies
The kids in Shota's school who were most cruel to him, and would beat him up for the slightest reason, or no reason at all. 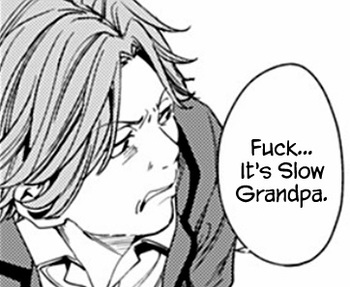 He has some nerve calling others "disgusting."
The ringleader of Shota's bullies, a truly depraved individual who was not only physically abusive, but sexually abusive to anyone and everyone who caught his fancy, especially if they couldn't defend themselves. 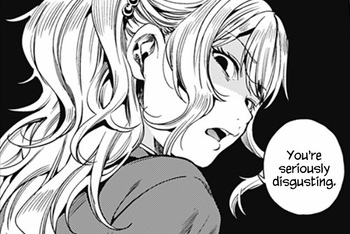 This is how she feels about anyone not named "Takamatsu."
The "most beautiful" girl in school.
Shota's Harem and family 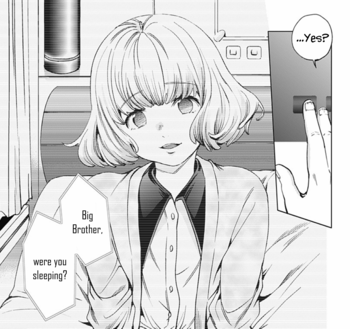 The one family member that cared enough to say "goodbye."

Shota Doi's younger sister and the only relative who even thought of contacting him before he went into cryo-stasis.

A rare moment of calm.

Shota Doi's handler. She's the one who sets him up in the "Truman Show" Plot and did her absolute best to give him the happy highschool life he always dreamed of so he'd be content in his role as a Breeding Slave, completely unaware.

You wish she was your teacher.

Shota's homeroom and piano teacher, not to mention his first crush, who ultimately winds up taking his virginity.

She's just as happy in person.
The first girl Shota manages to connect with intellectually after his stint in cryo-stasis.

This face is not an act.
The second girl with whom Shota's been "intimate." Intelligent, agile, and athletic, but completely helpless in daily tasks.

She's not good at showing her feelings.
The most athletic of the girls presented to Shouta, and the most reserved.

She's very childish and immature
Introduced alongside Todou, she's a teen genius who got into Shota's "class" by skipping a grade. Although she sucks at sports, she's too proud to admit it. 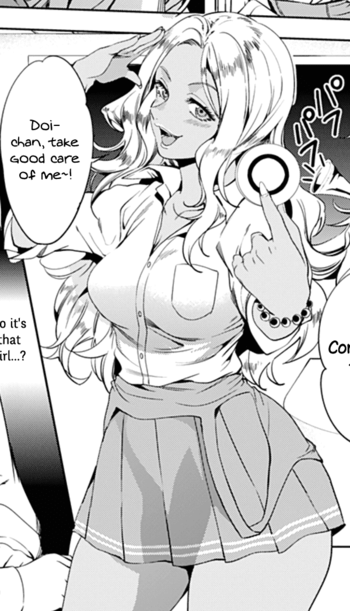 A Gyaru Girl who wins a raffle to spend a night with Shota. 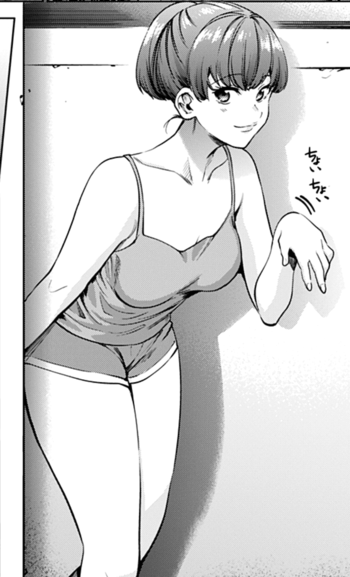 Introduced in chapter 37, she's a member of the rhythmics sports club and the roommate of Hakuro. She develops a rivalry with the other girls to monopolize Shota. 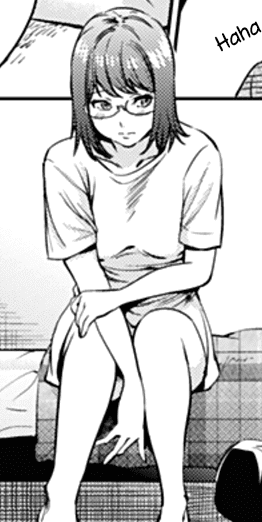 Introduced alongside her roommate Koyuki, she's a bespectacled girl who dislikes fiction literature and speaks in third-person.
Advertisement:
The UW, Japanese Branch.

The Minister of Technology:

She's just as bad as she looks

A truly depraved individual, she has absolutely zero fucks to give about anything aside from compelling the survivors of the MK-Virus to mate and advancing scientific research, both by any means necessary.

The mysterious heads of the UW and the ones who want to ensure the world stays the same. 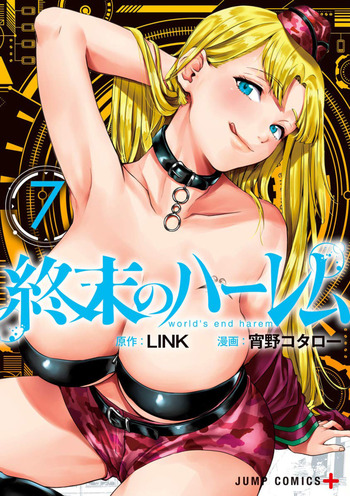 This is her at her most modest

First appearing during the hot springs visit as a 'foreign exchange student', she's eventually revealed to be much more important: specifically the representative of The UW's main branch. And a commando at that. Her most noticeable feature is a heart tattoo above her left breast. 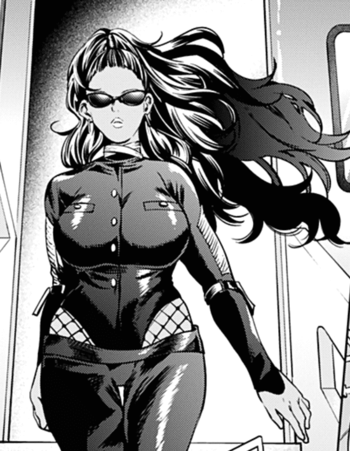 Chloe's second in-command, who accompanies her boss to Japan to deal with the Japanese branch.
Izanami 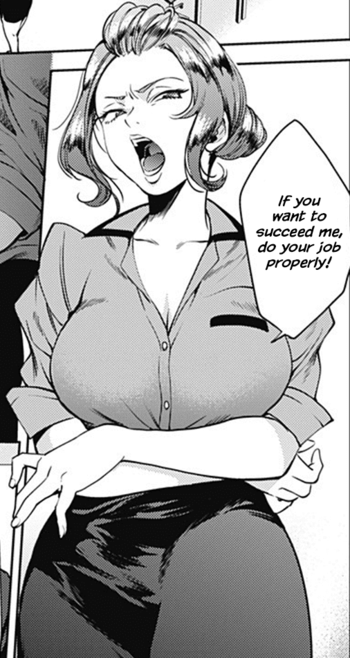 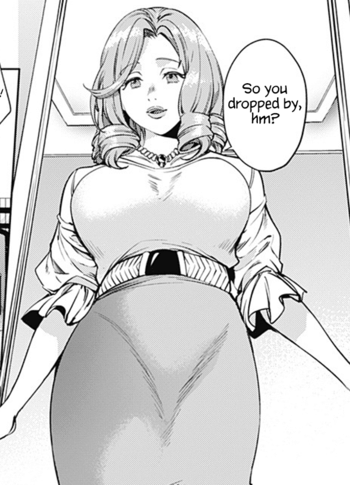 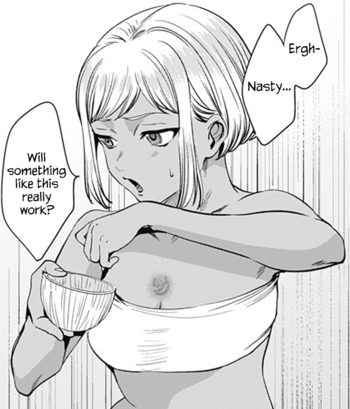 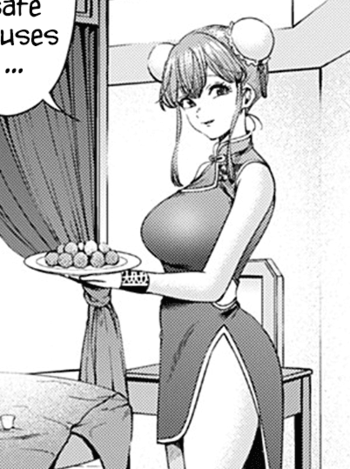 A member of Izanami's Chinese branch that receives Reito and his group.
Duchy of Rosania 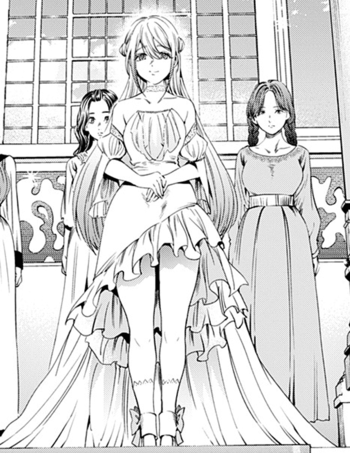 The young Duchess of Rosania, who has been leading her small, but technologically advanced, nation after the outbreak of the MK-Virus. She offers her aid to Reito and her group in exchange for a marriage agreement.
Secondary/Other Characters 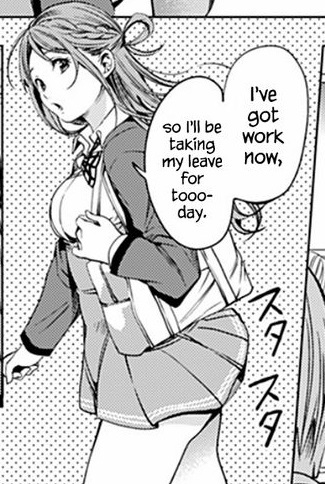 THIS is the most benevolent treatment Shota got from his classmates.
One of Doi Shota's high-school classmates during his introduction. While she wasn't actively cruel, she did have a tendency of ignoring him and being highly indifferent to his ordeal. In fact, she triggers the mass exodus of his class by walking out on him, using the excuse of having to head to her job. 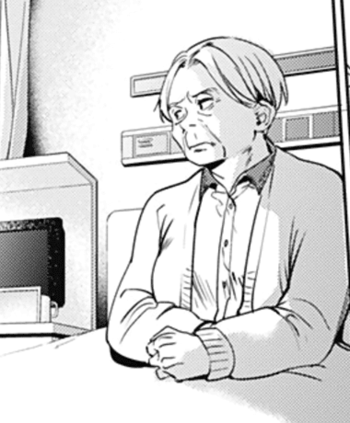 The widow of the first MK-virus victim in Japan. She's highly belligerent and distrustful of the UW, and Rea, of all people, blames the UW for it.

A scientist from India with influence in the field of pharmaceutics, virology and immunology who, after the outbreak of the MK-Virus and failing to find a cure, decided to take an isolated life in the mountains until Reito goes to meet her.