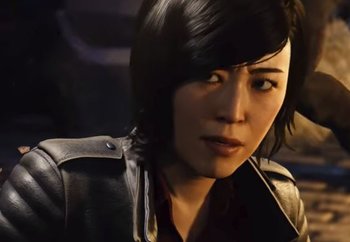 A captain on the NYPD and a close ally of Spider-Man. She has an under-the-table alliance with the wallcrawler to bring in criminals that neither of them would be able to alone. 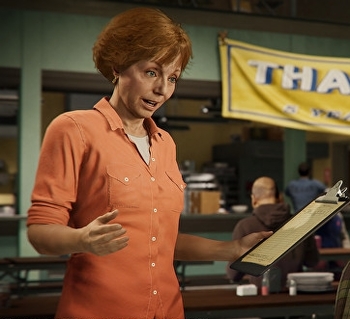 Peter's aunt, who has raised him ever since his parents and uncle died. A loving and doting woman, she has been volunteering at a local F.E.A.S.T. shelter for years. 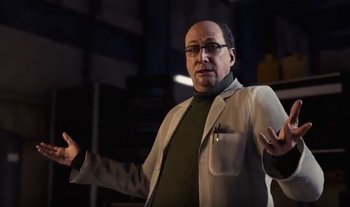 Peter's boss and the founder of Octavius Industries. He's a kindly scientist with dreams of helping millions with his inventions, but his work has suffered from continual setbacks, not helped by his assistant's chronic lateness.
Morgan Michaels 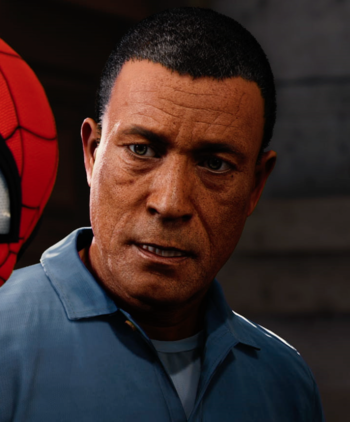 One of the original scientists who developed what became known as Devil's Breath. He's still in possession of the only known sample and becomes a target of Mister Negative's. 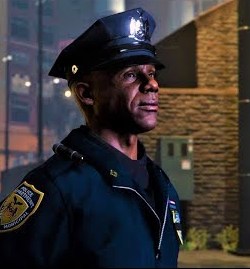 Miles' father and an officer on the NYPD who has been working Fisk's case for years. He's dispatched by Yuri to help Spider-Man investigate the Demons' activities at New York City's shipyards. 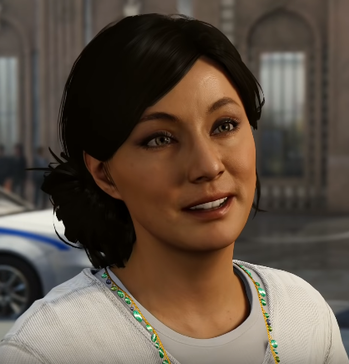 The mother of Miles Morales and wife of Jefferson Davis. As a science teacher, she is the one who actually inspired her son in his fascination with science. In Spider-Man: Miles Morales, she enters local politics and is running for a seat on city council, and by the end, she's the newly elected councilwoman. 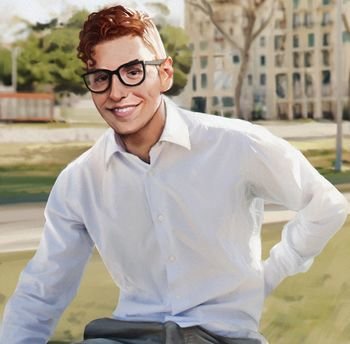 Peter's and MJ's long-time friend. He's away in Europe during the events of the game, but asks Peter to take care of his various research labs that are scattered throughout the city. 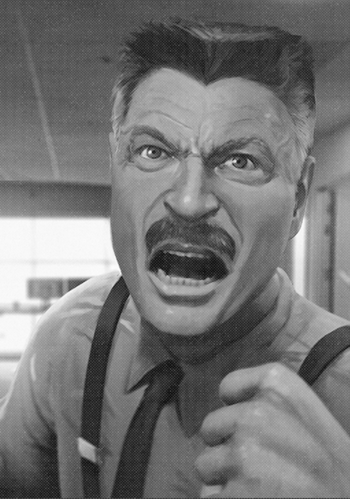 Former chief editor of the Daily Bugle. When he retired and gave the position to Robbie Robertson, he started up his own podcast, called "Just the Facts".

A former homeless woman who volunteers at F.E.A.S.T. under Spider-Man's insistence and later promoted to manager by the events of Spider-Man: Miles Morales. 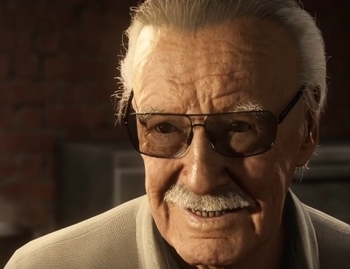 What, did you think he wouldn't be here?

A cook who works at Mick's Diner, where Peter and Mary Jane enjoy eating. He may look a little familiar... 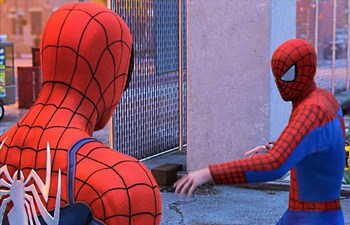 Notice how the Copycat doesn't have gloves

A kind-hearted martial artist who is inspired by Spider-Man's heroism to take up his image and help him clean up the streets of Manhattan with nothing more than his bravery and skill in "Chikara Dojo" Karate.

Introduced in The City that Never Sleeps DLC 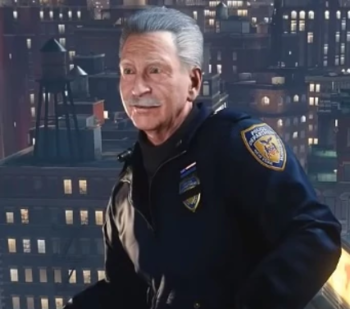 An old detective approaching retirement that wants Spider-Man's help to finish That One Case. 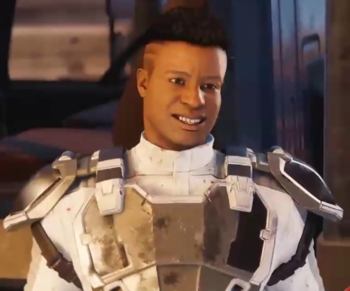 A former Sable International soldier whom Spider-Man saved from Hammerhead's thugs. He's been trying to gather up supplies and send them to the victims suffering from a civil war in Symkaria. 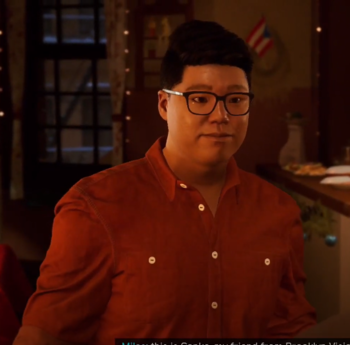 Host of her own talk-show, The Danikast.

A hearing-impaired street artist from Harlem.

A barber and owner of Caleb's Clean Cuts.

A volunteer at F.E.A.S.T. and Gloria's girlfriend.

Peter's parents who worked as secretive government agents and were tragically killed in a plane crash when their son was very young.