The Quinx are an experimental group, initiated by Yoshitoki Washuu and operating under the authority of Kishou Arima and Akira Mado. Quinx are humans who have been surgically modified to give them the abilities of Ghouls via the implementation of a quinque, with the stated intention of creating an Investigator that can surpass Kishou Arima.

The Quinx Squad In General 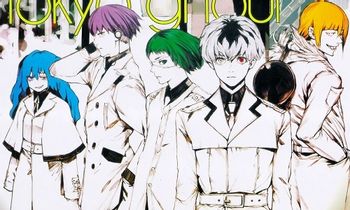 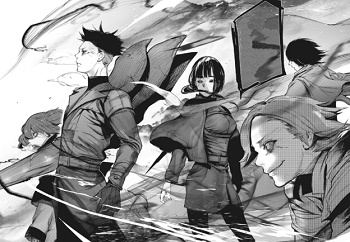 The squad itself was a subsidiary squad of the Mado Squad, originally mentored by Haise Sasaki. Their lack of accomplishments and inhuman traits made them unpopular among their peers at first, however, their reputation improved substantially after major achievements during the Human Auction and the Tsukiyama Family Extermination operations.

After the latter operation, the squad refilled its ranks with new Quinx recruits and was assigned to the S2 Squad, under the authority of Matsuri Washuu. The squad solely consists of Quinx nowadays and is the leading squad in the S2 Squad. 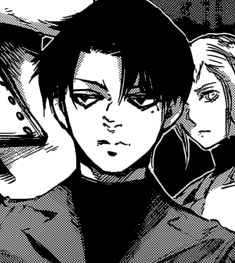 The original Squad Leader of the Quinx, a 20-year Investigator that excelled at the Academy. He is highly intelligent and a skilled Investigator, but his abrasive personality makes it difficult for him to work as part of a team. He frequently defies Sasaki, refusing to cooperate with the team and carrying out solo Investigations on targets considered too dangerous for a rookie. Highly ambitious, he isn't above manipulating his comrades to achieve his goals and intends to get promoted quickly so that he can transfer to the illustrious S3 Squad. This leads to him being removed from command, driving another wedge between him and his teammates.

After the Tsukiyama Family Extermination operation, he became once more Squad Leader of the Quinx Squad. After the new Bureau Director took his place in the CCG, Urie was promoted to First Class and became the leader of the S2 Squad. 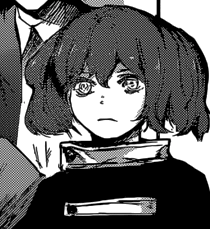 A 20-year old rookie Ghoul Investigator, and Deputy Leader of the Quinx. In the original squad, she was the only female member of the squad and extremely lazy. While the others are out working, she mostly stays at their home and neglects her duties in favor of snacking and playing video games. 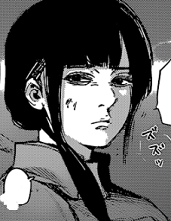 A new recruit to the Quinx, from the second batch of candidates. Originally from Taiwan, she is a recruit from the mysterious Sunlit Garden and seems to have prior experience as an Investigator. 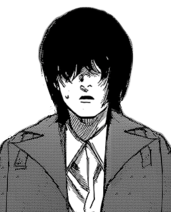 A new recruit to the Quinx, and the nephew of the Kiyoko Aura. Unlike his aunt, he is mild-mannered and failed to excel at the Academy. 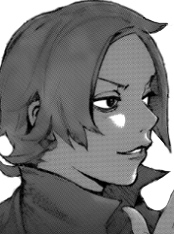 A new recruit to the Quinx. He comes from a wealthy family, with a history of public service. 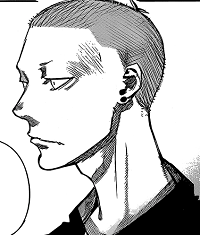 A 20-year old Ghoul Investigator that volunteered for the Quinx Project due to financial reasons. He has an unusual appearance and a short temper, tending to take things easy and follow the lead of others. Dim-witted and friendly, he tends to follow Urie around and is manipulated by him to cause problems for Sasaki. Even so, he is quick to defend his comrades and thinks about them before himself. Though he performed poorly at the Academy, he is a skilled fighter and Sasaki expresses confidence in his potential as a leader. 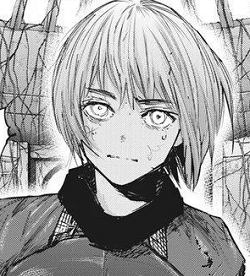 A 20-year old Investigator, noted for his poor health and meek personality. A youth orphaned in a Ghoul attack. Asked to be treated as a male rather than a female when joining the CCG.

After the Tsukiyama Family Extermination operation, he joined the Hachikawa Squad and later on the Suzuya Squad.