This is a list of characters that appeared in the light novel, Infinite Dendrogram. In-development.

This page is full of spoilers. If you haven't read the Light Novels, you should probably do so first. You Have Been Warned. 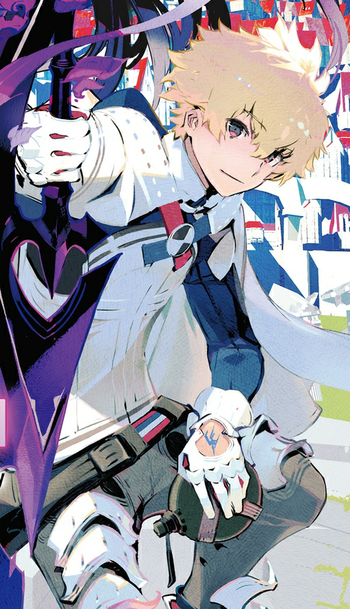 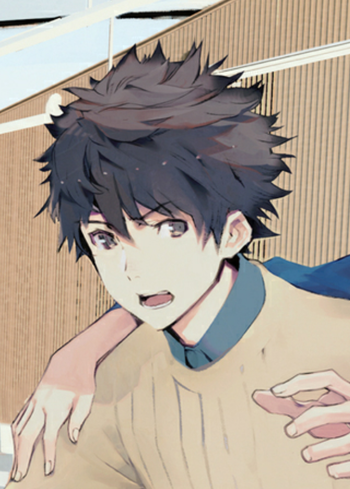 A recent high school graduate looking forward to his summer vacation before the college semester starts. He starts as a new player to Infinite Dendrogram following the invitation of his brother Shu. 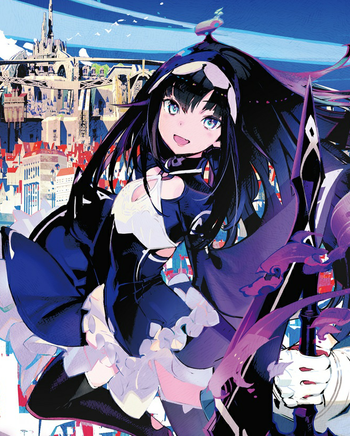 An Embryo born from Ray's personality and his loyal maiden on his journey through the world of VRMMO. 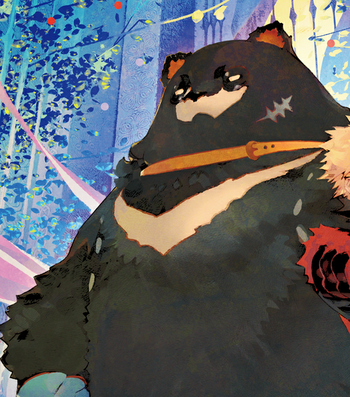 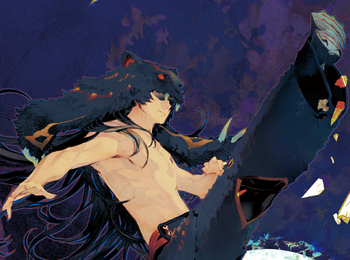 An experienced player and older brother to the main protagonist of the series. He has an easygoing and whimsical personality and often making bear puns. He also shares his brother's trait of protecting others no matter what. 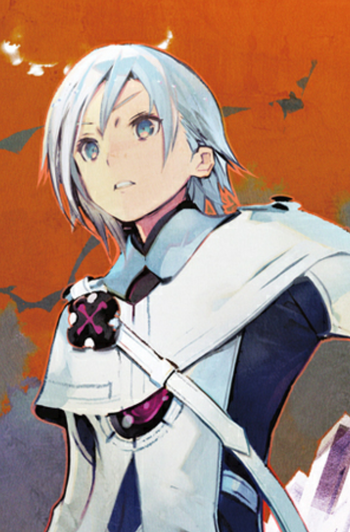 A Master that began playing around the same time as Ray, even having a sapient female Embryo like him. He gains a tamer class to complement his own Embyro much like that of Ray after gaining his advice. 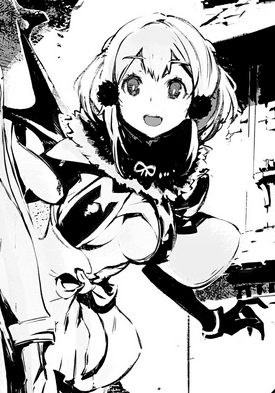 A Type: Guardian Embryo with a warm and friendly personality that can get along with most people. She deeply cares for Rook as his Embryo and comforts him in times of need.

A Journalist allied with the organization DIN and often a source of information about Masters and Kingdoms within Infinite Dendrogram. In real life, her name is Ichinomiya Nagisa who has started drawing manga in elementary school as a part of the school's illustration club. She drew shoujo manga in middle school and drew her first shounen manga in high school. Her first shonen manga she drew, Into the Shadow, was selected in a contest and gained a one-shot in a magazine and became serialized after positive feedback. The manga was successful and she went towards higher education and became a professional mangaka. The magazine then went bankrupt but the manga series continued into another but came to develop writers' block that led to her going on hiatus. She soon discovered Infinite Dendrogram and decided to play as the main character of her manga, Marie Adler, in order to fix her writer's block. After training in Tenchi, she obtained the Superior Job, Death Shadow and works as a hitman like her manga character that focused on player-killing. She then rose in infamy as the mysterious Superior Killer after player-killing the King of Plagues, a Superior known for slaughtering thousands of tians. 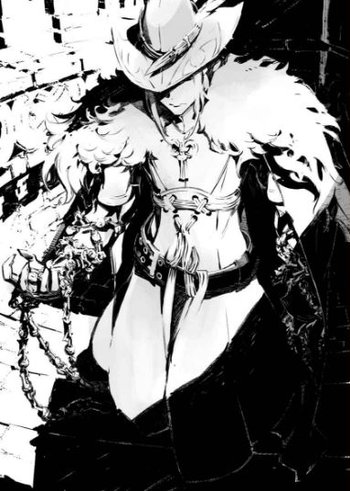 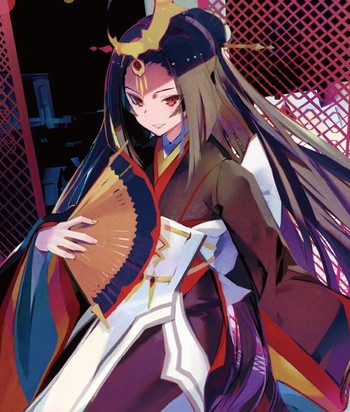 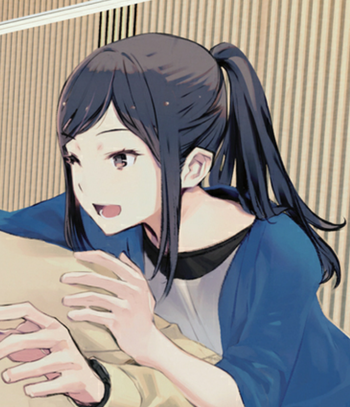 One of the Superiors of Altar and leader of its largest clan, the Lunar Society... which is also a notorious real-world cult. After experiencing Dendro she instantly recognised it as far more than a mere game, spreading word to her followers that it was the "land of the soul" which they had been seeking. Since the establishment of their Altar branch, she has added even tians to her flock, and seeks to have the Society established as the official state religion.

Tsukuyo taking an interest in Ray leads to the initial events of Volume 6. She later turns out to attend the same college as him and is the head of the CID club. 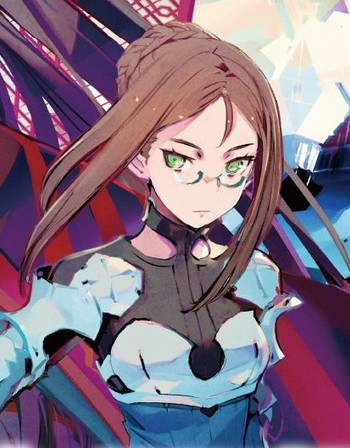 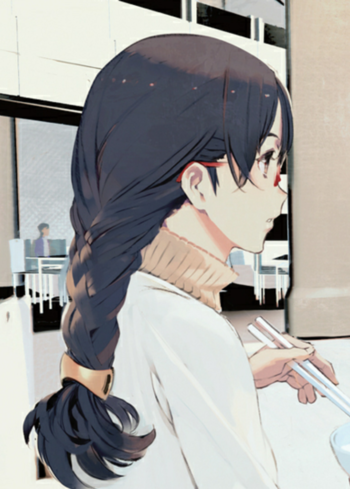 A member of Ray's CID club in college who joins him in a quest during Volume 7. A serious and analytical person, she hides a darker side. In truth she is a former P Ker and the Guild Leader of Mad Castle, having disbanded the guild after their loss to Figaro in Volume 1. Since then, she has refined her build.

Tom Cat
Real Name: Grimalkin
Main Job: The Lynx (Sub Jobs: ?)
Embryo: Grimalkin (Type: Legion)
A Master who stood at the top of Altar's duel rankings when Dendro was released, with records of his existence going back several years. Due to this, it's something of an Open Secret among players that he's a member of the game's dev team. Current holder of the AGI-focused Superior Job "The Lynx". 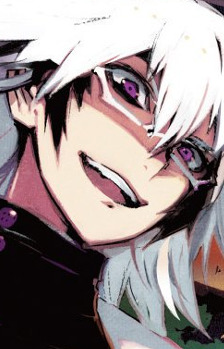 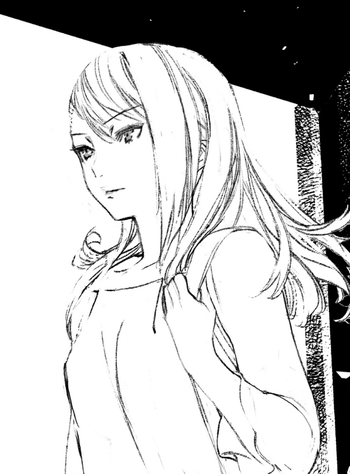 The newest Superior of Dryde and the leader of the Imperium's top clan, also known as the Triangle of Wisdom. He wasn't a Superior during the last war, but manged to kill the king of Altar. His Superior Job, Giga Professor, specializes in monster Research, while his Embryo specializes in Monster Production, allowing him to create monsters with unique properties. He is the primary antagonist of Volume 4, intent on showing the Tians that the Masters of Altar will not be able to help them in order to have the kingdom surrender and be assimilated. 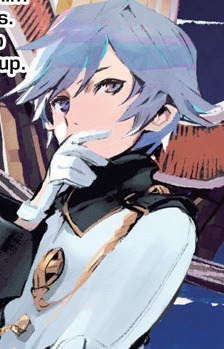 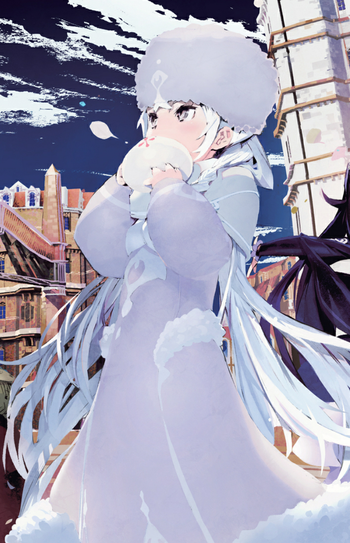 The Duel Champion and a Superior of Dryde, who killed Liliana's father during the last war. He is the primary antagonist of Volume 9, intent on laying waste to the town of Quartierlatin near the ruins in order to fulfill a quest.

The strongest fighter in the Triangle of Wisdom and a Superior of Dryde, he's recruited into Franklin's Game in order to take care or any Wild Card Masters who escaped the initial trap. After being defeated by Marie, and the events of Volume 5, he leaves and becomes a Wandering Minstrel and ally to the defenders of Quartierlatin. His Embryo is a Legion-type, based on the motif of "The Town Musicians of Bremen".

A Superior who travels to Altar to duel Figaro. 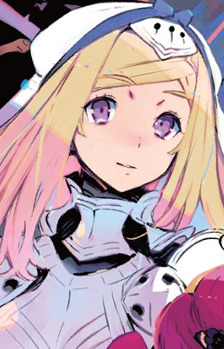 Main Job: Paladin (Sub Jobs: Priest, Knight, Prism Solider)
Voiced by: Aoi Yūki (Japanese), Megan Shipman (English)
Azurite
Main Job: Swordmaster -> Sacred Princess (Sub Jobs: Swordsman, Prism Rider)
A Tian who Ray encounters in Volume 8 while venturing towards the unexplored ruins, tasked with investigating it on behalf of the kingdom. She's a genius swordsman who carries a mysterious blade and was trained by Liliana's father prior to the war. In truth she's actually the First Princess of the kingdom, Altimia Azurite Altar, as well as its strongest Tian.

A Tri-Horn Demi-Dragon that Rook received as a reward for completing a Level 8 Quest for the Pimp Guild, she serves as his main method of travel over the land.

A large bird that was once the mount of the Great Miasmic Demon, Gardandra, she was charmed after her former master was killed and thus became Rook's new minion instead.

A Mithril Arms Slime that Rook felt a connection to in Gideon, he decided to tame it despite the fact that no one had managed to tame the species as of yet.

The unborn daughter of the Great Miasmic Demon, Gardandra, which was meant to serve as a maternal form before bringing born into the world. Before her birth, the demon was defeated by Ray Starling and her concept became a part of the special reward item. He became able to summon her later on upon defeating a third UBM in Volume 9.

A gang of bandits centered around the Cruella mountains near the Coliseum City of Gideon, in the last year they've been kidnapping, ransoming, and killing children while all attempts to stop them have failed so far because of their leaders. They serve as the central antagonists of Volume 2.

An Ox-Headed Demi-human who served as one of the two leaders in the gang, he acts as the right-hand of Maise and enjoys devouring the flesh of men and children.

A Centaur Lich who served as one of the two leaders in the gang, he acts as the leader of the operation and used the lives of hundreds, if not thousands of children in an attempt to become Superior.

A monstrosity born when the remnants of the Gouz-Maise gang ended up activating a dormant egg within Maise's inventory, it drew in their bodies and became a monster that feeds off grudges, existing to only kill the living as the various conciousness' within it acted on a consensus. It then became a new UBM.

An millennia-old SUBM that once threatened the kingdom before the events of Infinite Dendrogram, only to be stopped by Tsukuyo, Figaro, Shu, and the King of Crimes. The overarching antagonist of Volume 11.