Characters across the world of DragonFable. Here be spoilers.

The trainer for the Riftmaster class, which is the Atealan counterpart to the Warrior class.
Isiri

The trainer for the Ascendant class, which is the Atealan counterpart to the Mage class.
Etaos and Nirios

Twin brothers who act as the trainers for the Cryptic class, which is the Atealan counterpart to the Rogue class.
The Empress 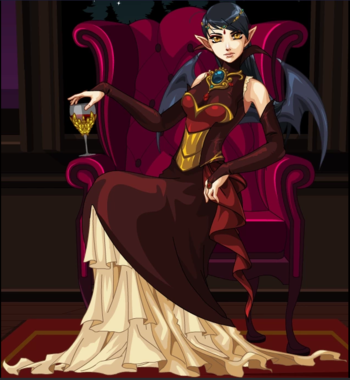 Vampire Queen of Darkovia
Click here to see her in a rage. 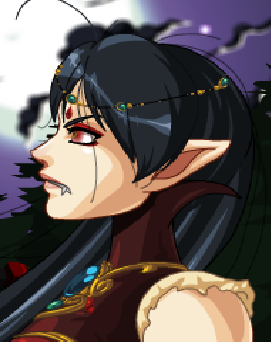 The queen of all vampires. Safiria had been resting in a tomb for 200 or so years before Big Daddy woke her up to distract Frydae during one Hero's Heart Day. She's been active since then and, as of Book 3, has established a nest in Castle Darkovia.

Verylus
A cat who lives in a box in Amityvale.
Lon & Chaney

Lon is a werewolf guarding Thursday's garden in the middle of Amityville's swamp while Chaney is his brother who has spent years in the swamp keeping an eye out on Lon while searching for a cure. After the Time Skip Chaney himself has turned into a werewolf whilst looking for the cure, albeit with his sapience intact.

A very Creepy Child originating from Moonridge. She eventually takes over the Necropolis, dabbles in Black Magic, and becomes an antagonist for many of the holiday quests.
Lucy
A young girl who is the Innkeeper at Moonridge.

Karina
A representative of New Dawn, who are a group of scholars that research monster threats. She offers jobs of monster hunting and pays the Hero highly for retrieving pelts.
Teral
A retired Monster Hunter and the founder of Hunter's Paradise. Can be found at the back staring at a campfire.

A background NPC in The Locker (you can find him in the Tempest Inn). In the Water Orb saga, he is revealed to be working for Sepulchure.

Loremaster Maya
The Loremaster who is tasked by King Alteon to record all major events in the game. She also serves as a librarian.
Pactagonal Knights
The Royal Knights of Pactagonal Table who are situated in Oaklore and serve under King Alteon.

The AI of a crashed mech from MechQuest stranded on Sho'Nuff Island. Becomes a powerful ally to the Hero.
Mae Pi & Pi Mae
The Inn Keepers of Osprey Cove and the Shadow of the Wind Village respectively. They hate each other and constantly prank one another.
Lilka
A wood elf located on Akia Village who runs a ferry service to Sho'Nuff Island.

He's the king. Usually hangs out in Swordhaven, but The Hero first meets him in Frostvale.
The Announcer

The announcer of Swordhaven's coliseum, and the Tournament of Champions MC.

An apprentice wizard whose diary The Hero finds in the wreckage of an old, burnt down house. Confirmed by Word of God to be Xan before his Start of Darkness.
Jaania

Another apprentice. Alexander has a crush on her and so does Warlic.
Brump

The wizard who is training Alexander, Warlic, and Jaania.

The girl Ash saves at the start of the game. She is later revealed to be the Princess of Light.
"The Necromancer"

The villain that Ash faces at the beginning and the Final Boss of ArchKnight. 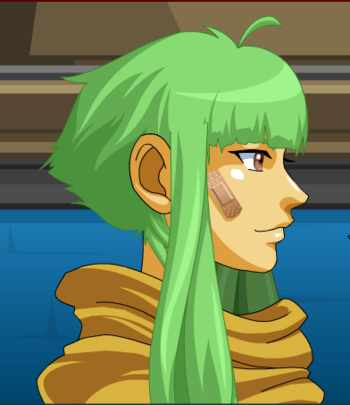 Bandage not included.
Fangblade
A four-time winner of Swordhaven's Tournament of Champions. 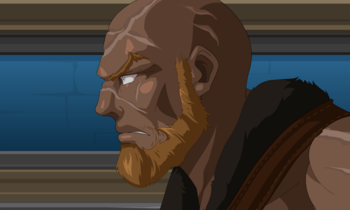 Faust
The final combatant of the Tournament of Champions. 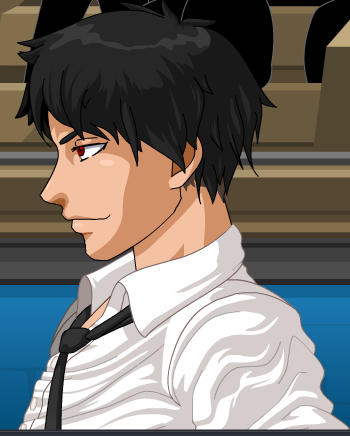 Lysander
A mysterious individual from the Gala. 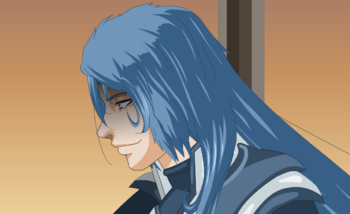 A boy living in the Ravenloss slums struggling to provide for his siblings after his father is driven insane. In Book 3 he and his siblings are able to live better lives, thanks to Ravenloss being rebuilt. After the Tomix saga however, he is nowhere to be found.
Lanrete
A Soulsmith residing in Ravenloss after Book 3 and Izaac's younger brother.
Danyel

A son of Roirr and the first Soulweaver. Currently an elemental spirit to Danyel. Founded the school of Soulweaving, Edelia

A daughter of Roirr and the very first Soulsmith.
Pandora

A daughter of Roirr. The very first Chaosweaver and an elemental spirit currently serving as Tomix's Soul Ally.

A resident of Ull with his friend Izbor

A resident of Ull with his friend Ludomir

A Void Walker from MechQuest, who traverses alternate timelines and universes seeking rare items and entertainment.
Doctor When

A time traveler who travels around in a time booth, and has a lot of history with Cysero. He appears in the Orb Saga finale to stop Cysero and the Hero from messing with time and space. He returns in Book 3, Thankstaking 2013 to meet up with the Hero and to payback a debt for his/her heroics by taking him/her on an adventure.
The Doomkitten

A monster Warlic summons in the Dragon Egg quest chain in order to find out which of the The Hero's eggs is the real dragon egg. After it picks out the dragon egg, The Hero has to fight it so it won't eat the egg.
"Dove"
A strange fat guy who the Hero encounters when looking for Zhoom after Caitiff attacks Lore. He's fairly rude, unlikable, and he can heal people by punching them.
The Elemental Avatars

The gods and guardians of the planet of Lore. They are the Elemental Embodiments of the 8 primary elements.
Keelia
The announcer for the Aeries Battlespire PvP Tournaments
Zeuster

The Chickencow God who lives on top of a mountain.