Click here to return to the main Character page.

The Player Character of the game, whose stasis pod is discovered by Elma during the game's opening.

The main protagonist of Xenoblade Chronicles X and the team leader of a private military organization called BLADE.

A mechanic and a member of the private military organization BLADE. 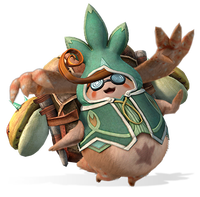 A Nopon from the planet Mira.

A member of BLADE. She served under Elma on Earth and still admires her greatly.

A member of BLADE. He served under Elma and Irina on Earth and joined BLADE because of his crush on Irina.

Though outwardly calm and collected, conflicting emotions burn in Lao's heart. Hailed as BLADE's best marksman, he possesses even Elma's respect. He and Doug are war buddies with a lengthy history. Lao uses a Partisan Eagle style to engage in ranged combat while also keeping melee enemies at bay.

A member of BLADE and a skilled fighter, especially at piloting Skells. Once served in the US Army alongside Lao. 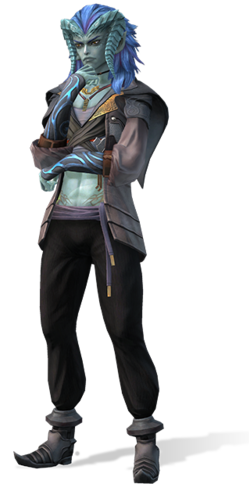 A native of planet Mira. Though eerily statuesque by human standards, L's looks offer a sharp contrast to his whimsical speech and folksy personality. His immense knowledge has gained him the trust of both Nagi and Vandham. L gives equal support to all comrades, no matter where they hail from. He uses a unique style based on the Shield Trooper class.