Ryuuji is a seventeen-year-old high school student in Class 2-C. Due to biological inheritance, his face makes him look like an intimidating delinquent and causes many misunderstandings. Since he lives in a fatherless family with just his mother Yasuko and their pet parakeet "Inko-chan" (''inko'' literally means parakeet in Japanese), Ryuuji learned to be a good cook, tailor and overall house husband. He holds a crush on Minori, a girl his age in his class, and has made a pact with his neighbor, Minori's best friend Taiga, to help him win her over, even as he also helps Taiga with domestic chores. 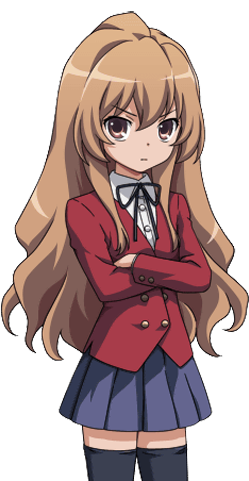 Taiga is a childlike 17-year-old schoolgirl who has trouble engaging with others. Due to her ridiculously short stature at 145cm (4'9") and her tendency to snap at others brutally, she is given the nickname "Palmtop Tiger", giving her a Napoleon complex and a frequently sour face. Essentially, Taiga gets upset easily and is considerably clumsy. She also hails from a rich family, but due to its recent troubles, she has taken to living on her own. However, being a child of privilege barely prepared her for dealing with domestic chores. When she meets Ryuuji and learns of his talents, she begins to depend on him for them. Aside from sleeping in her own house and going to school, she spends most of her time at Ryuuji's house; so much so that she is almost considered a member of his family, and many classmates think they are dating. 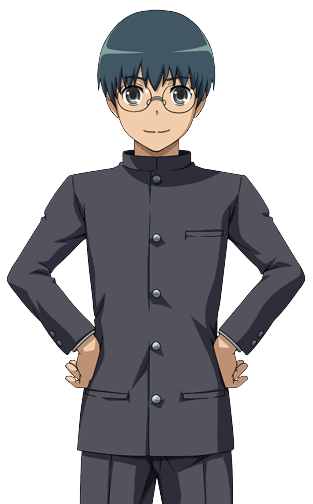 Yuusaku is Ryuuji's best friend and the Student Council Vice-President, Class Representative to Ryuuji, Taiga, and Minori, and captain of the men's softball team. Yuusaku wears glasses, and has a diligent personality. He thinks he is poor at talking to girls, though Ryuuji observes otherwise; Yuusaku likes the student council president Sumire Kanou. Despite being on the Student Council, he is in violation of riding a motorcycle to school. 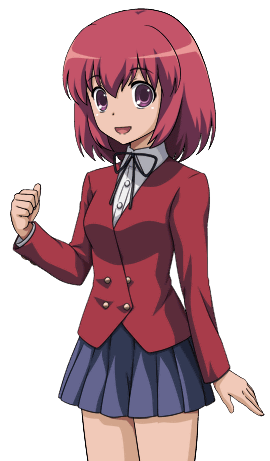 "Just as much as I'll want to doubt them, thinking 'Do they really see ghosts?', I'll end up thinking 'Are they really in love?'. I just don't see it. As much as I believe, it continuously eludes me. I've never experienced any of it for myself, y'know. These things that other people speak of as simply natural, they've never happened to me. And so that's why, I just can't believe in such things. I'm left on the outside... I want to believe, but I've kind of given up. The most I can do is enviously watch 'the ones who can see' with my finger in my mouth, cheering them on from the sidelines. Just that, is a connection, I guess... What a bunch of lies! It's all a delusion! A figment of your imagination! is what I want to shout because I still can't shake my doubt."

Minori is Taiga's best friend as well as her, Ryuuji and Yuusaku's classmate. In contrast to the negative Taiga, Minori is always smiling and cheerful, but is also a natural airhead. She is very athletic and is the captain of the girl's softball club at school, though at the same time she holds many part time jobs. She is a glutton when it comes to food, but is also constantly combating with dieting.

Voiced by: Eri Kitamura (Japanese), Erika Harlacher (English)note Other languages: Elena Liberati (Italian)
"I'm not the Palmtop Tiger who's always sticking around with you; neither am I Minori-chan, who's your sparkling sun. I, Kawashima Ami, am standing in the same land as you, walking on the same path as you. It's just that I'm a few steps ahead of you."

Ami is Yuusaku's childhood friend who transfers into his class midway through their second year of high school. She is very beautiful and even works as a model, and although she has temporarily stopped upon her transfer, she still tries to maintain her figure. She is always kind and generous towards others, though this is merely a deception. In truth, she is arrogant and sometimes doesn't hesitate to manipulate others for her own benefit. However, she gets better with her character development, and despite being a bit self-centered, spoiled and vain, she's actually a good person who really cares for her friends, and wants them to front the truth of the things. 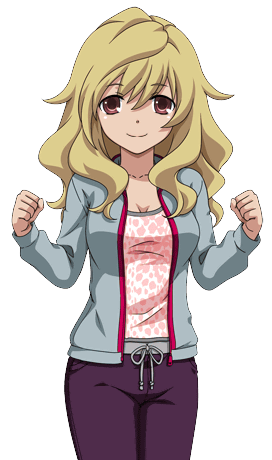 Yasuko is Ryuuji's 33-year-old single mother, though she refers to herself as eternally 23. Soon after Ryuuji was born, her husband died, leaving her to raise him by herself. She works at the "Bishamonten Kuni" bar, where she goes by the name "Mirano" and singlehandily supports her family financially. However, she is also childish and, due to her job, entrusts household chores to Ryuuji. She instantly takes a liking to Taiga and already regards her as a member of her family. 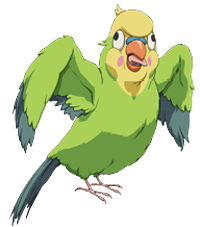 Yuri is the 29-year-old homeroom teacher of Ryuuji's class. She likes to do things at her own pace and is timid towards Taiga's way of speaking out.

Sumire is the Student Council President and always manages to get the top grades in school; she is in fact a Scholarship Student and has horrible eyesight. She has a strong-minded personality which she depends on to be a figure those will follow. Her younger sister is Sakura and her parents own a supermarket. Sumire likes Yuusaku and as a result is the object of an one-sided hostility from Taiga. 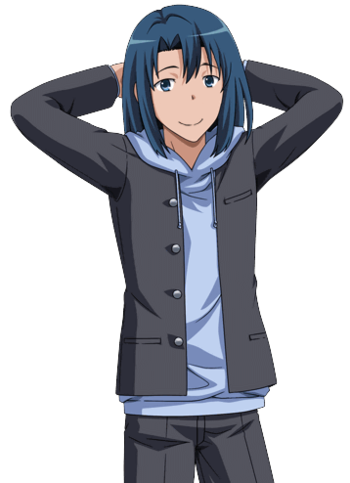 A male student in Ryuuji's class who is on good terms with him. A bona-fide airhead. 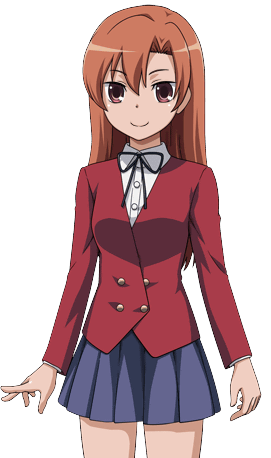 A female student in Ryuuji's class who often hangs out with Nanako. She is a kogal and has a crush on Kitamura.

A female student in Ryuuji's class who often hangs out with Maya.

Sumire's younger sister who attends the same high school as Sumire though her grades are horrible. She later starts going to out with Kouta.

A first-year student who is the main character to Toradora Spin-off!. He works on the student council in general affairs, and gets good grades. He always had a crush on Sakura, and later he succeeds in starting a romantic relationship with her.