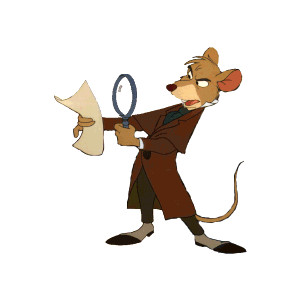 A mouse detective who lives in the walls of Sherlock Holmes' house in Baker Street. His main goal is to get Professor Ratigan behind bars and rescue Olivia Flaversham's father, while simultaneously preventing a royal assassination. 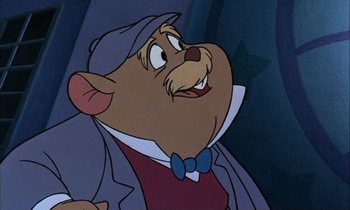 Previously of the Queen's 66th Regiment in Afghanistan. His character is based upon Dr. John H. Watson from the Sherlock Holmes stories. The interaction between him and Basil mimics that of Watson and Holmes, as Dawson is constantly amazed by Basil's deductions. He eventually becomes Basil's associate, friend, and personal biographer. 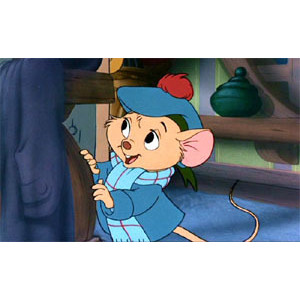 A young female mouse of Scottish descent who seeks Basil's help in finding her toymaker father. 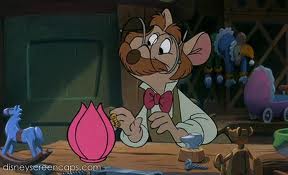 Olivia's loving Scottish father. He works as a toymaker, and is kidnapped by Fidget to make the Queen Mousetoria robot for the evil Ratigan. 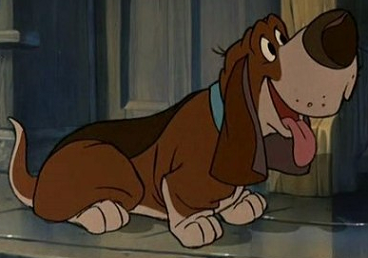 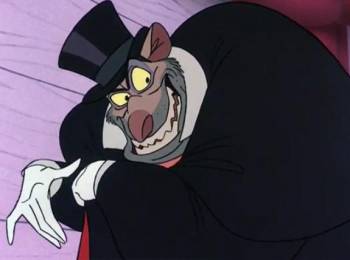 Basil's archenemy. He is based on Professor Moriarty from the Sherlock Holmes stories. He plots to seize control of the British mice monarchy. 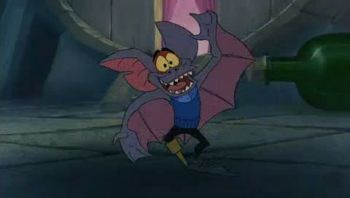 Ratigan's bumbling bat henchman. He tends to do the dirty work for his boss. He has a crippled wing and a peg leg, and, as a result, he cannot fly. 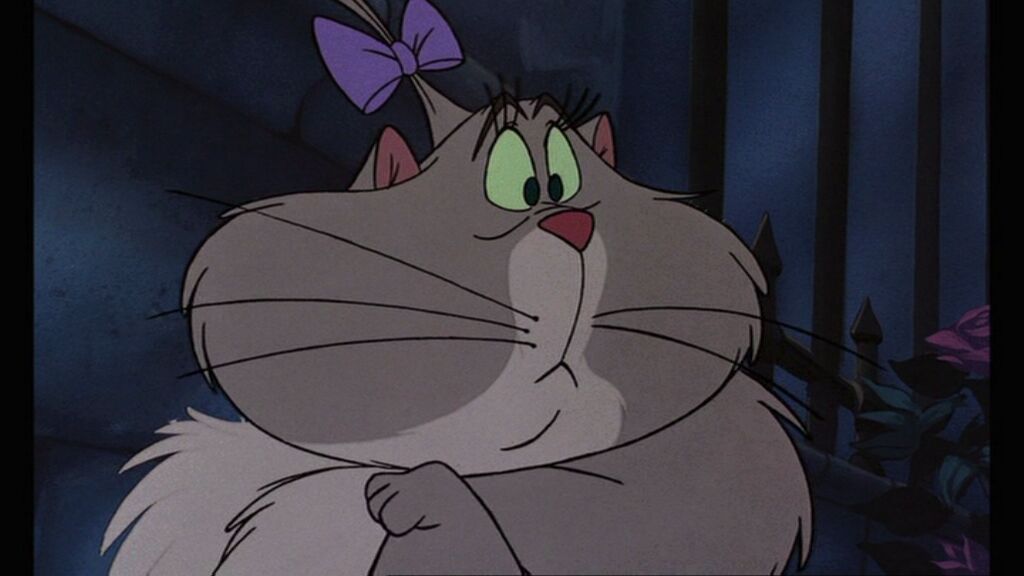 Ratigan's massive and pompous pet cat. Ratigan calls upon her by ringing a special bell to dispose of traitors or anyone who makes him angry. 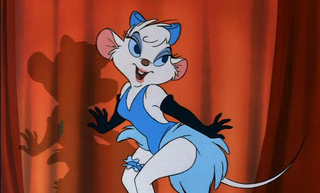 A female dancer/showgirl mouse who briefly appears in the movie. 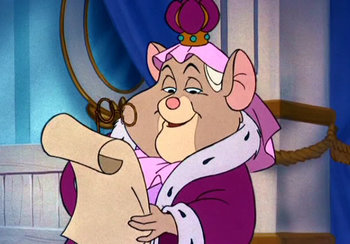 Basil's beleaguered and long-suffering housekeeper, who tries to keep the apartment in order in the midst of Basil's antics.