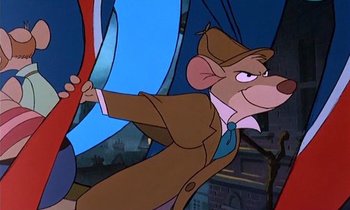 Basil's not half bad for someone who's a few inches tall.