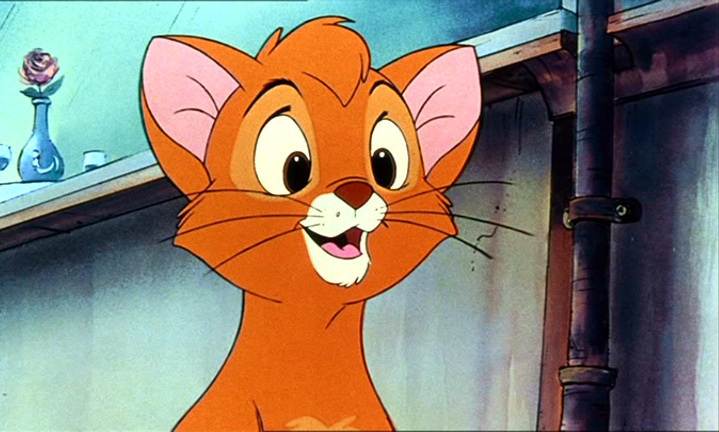 An orange orphaned kitten who is looking for a home. 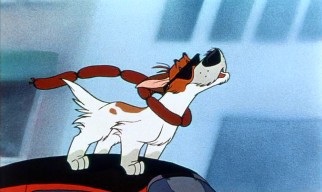 A carefree, charismatic mongrel with a mix of terrier in him. He claims to have considerable "street savoir-faire". He is the leader of Fagin's gang of dogs, and is Oliver's first acquaintance, as well as his eventual best friend and protector. He is the object of Rita's affection. 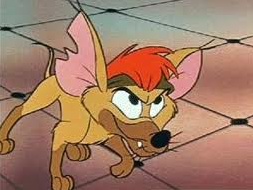 A tiny yet passionate Chihuahua in Fagin's gang. He has an especially fiery temper for his size. 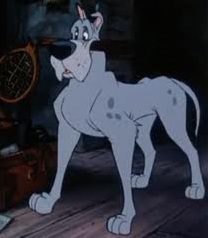 A gray Great Dane and a member of Fagin's gang. He is named ironically as he is not particularly bright, representing the (surprisingly accurate) stereotype that Great Danes are friendly but not exactly bred for intelligence. 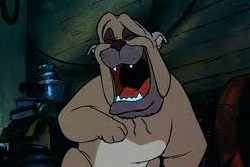 A bulldog with a British accent in Fagin's gang. He appreciates art and theatre, particularly Shakespeare. He also detests anyone abbreviating his name as "Frank" or "Frankie" (which Tito frenquently does). 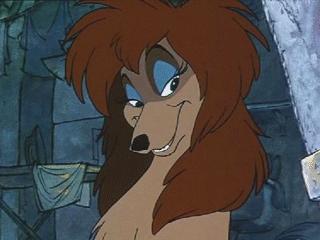 An Afghan hound and the only female dog in Fagin's gang. She is street-wise but caring and takes Oliver under her wing. 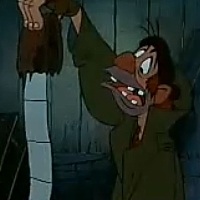 A petty thief who lives on a house-boat with his dogs. He desperately needs money to repay his huge debt with Sykes. Because of his economic situation, he is forced to perform criminal acts such as pick-pocketing and petty theft, but in truth he is good-natured and polite most of the time. 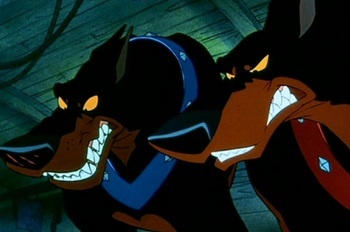 Sykes's vicious Doberman Pinschers who have a hostile history with Dodger and his friends. Roscoe is the apparent leader, while his brother DeSoto seems to be the more savage of the two. 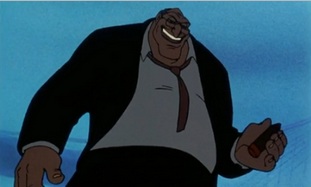 A cold-hearted, immoral loan shark and shipyard agent who lent a considerable sum of money to Fagin and expects it paid back. 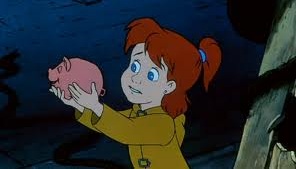 A kind, rich girl who takes care of Oliver. 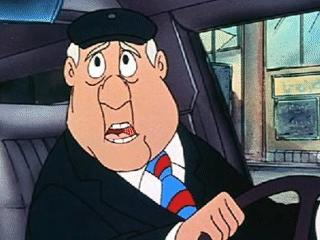 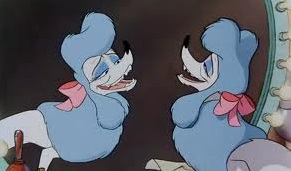