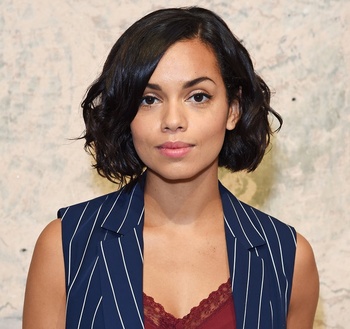 Georgina Campbell (born 12 June 1992 in Maidstone, Kent) is a British actress of Jamaican and English descent.

She won a BAFTA award for Best Actress in 2015 for the role of Ashley Jones, a young victim of Domestic Abuse at the hands of her controlling boyfriend, in the TV film Murdered by my Boyfriend.

Other roles of hers include the following: Whitney Landon in Sadie J, Detective Constable Katie Harford in Broadchurch (2013), Abigail in Flowers (2016), Amy in the Black Mirror (2011) episode "Hang the DJ", Barbara in the Philip K. Dick's Electric Dreams (2017) episode "Impossible Planet", Lyta-Zod in Krypton (2018), and Tess Marshall in Barbarian (2022).