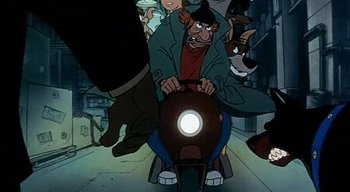 The Dogs Bite Back! And so does their owner!