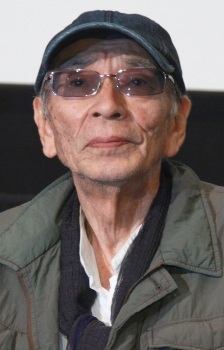 Kiyoshi Kobayashi (小林 清志, Kobayashi Kiyoshi, born January 11, 1933) was a veteran Japanese voice actor whose famous roles include Aguille Delaz of Mobile Suit Gundam 0083: Stardust Memory, the Wolf in Droopy cartoons, Bem in Humanoid Monster Bem, and most famously — Daisuke Jigen of Lupin III. He originated the Jigen role in the 1969 pilot and appeared in every Lupin production but one until his retirement in 2021. At the time, he was the only original Lupin voice actor remaining in the cast, playing the role for 52 years. His final performance as Daisuke Jigen was the first episode of Lupin III Part 6 (which was a celebratory send-off for him); Akio Ōtsuka took over the role from there on out.

Sadly, he passed away on July 30, 2022, due to pneumonia. Nonetheless, he's left behind a legacy that will likely live on for a long time to come. May he rest in peace.