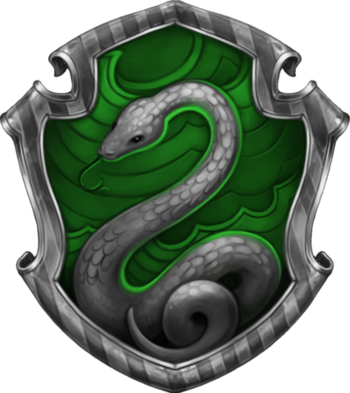 Or perhaps in Slytherin
You'll make your real friends,
Those cunning folk use any means
To achieve their ends.
— The Sorting Hat

This Hogwarts House was founded by Salazar Slytherin and exemplifies ambition, cunning and resourcefulness. Its colour is green and silver, its animal is the serpent, its ghost is the Bloody Baron, its Head of House is Horace Slughorn (replaced by Severus Snape between his retirement and return) and it is associated with the element of water. Slytherins have a — not always fair — reputation for being underhanded bigots, and their house has the reputation of producing more dark wizards than any other house. 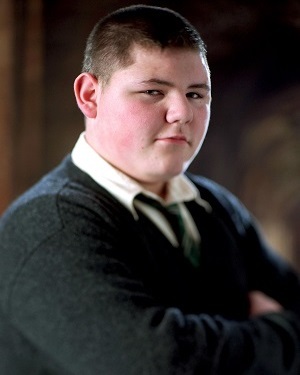 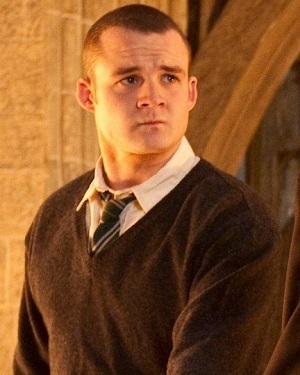 "Honestly, Goyle, if you were any slower, you'd be going backwards!"
— Draco

Draco's friends/underlings/bodyguards. They are nowhere near intelligent, and are both very large and brutish. They follow Draco everywhere, and when Draco joins the Death Eaters, they follow suit. 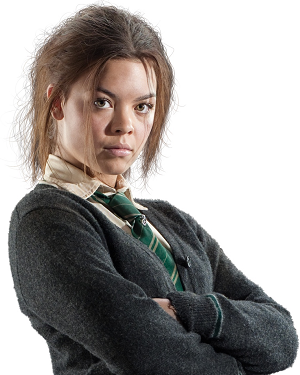 Pansy Parkinson is a Slytherin in Harry's year, described as arrogant and always insulting anyone she pleases to. She is Draco Malfoy's girlfriend for most of the series, and is in many ways the female version of Draco. But just before the battle of Hogwarts, she suggests the Hogwarts students betray Harry Potter to Voldemort, so she is the first student to be evacuated. 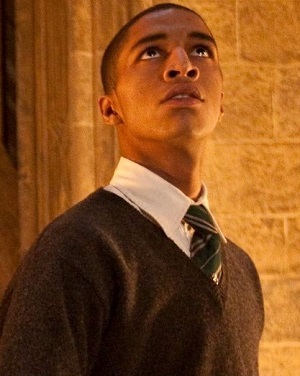 Blaise Zabini is a Slytherin student in Harry's year and an associate of Draco Malfoy. He's left unseen for the first five books, but finally gets a physical description and role in Harry Potter and the Half-Blood Prince. Although he doesn't take part in bullying like his peers, he shares their same prejudiced views.

A Slytherin boy who wants nothing to do with Draco Malfoy.

Portrayed by: Helen Stuart
Appears in: Chamber of Secrets | Order of the Phoenix

Another bullying Slytherin, not part of Draco's gang per se but apparently quite intimidating in her own right. 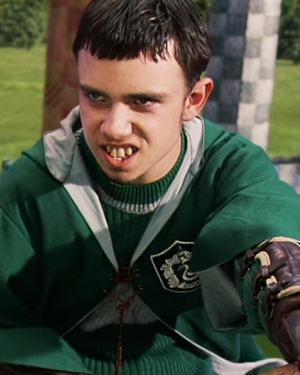 Captain of the Slytherin Quidditch team when Harry arrives at Hogwarts (he's a Chaser).

A Slytherin student in the films and minor member of Malfoy's gang. 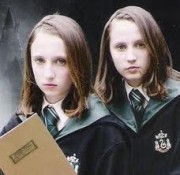 Portrayed by: Amber and Ruby Evans

These girls only appear in the films. They are young Slytherin girls who are members of the Slug Club, and are seen at Horace's party. In the final film, they and the other Slytherins are evacuated to the dungeons. 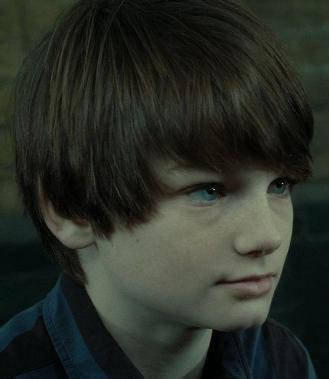 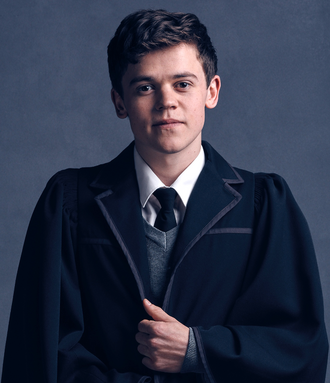 to see him in The Cursed Child

"Hogwarts isn't actually that pleasant a place when you don't fit in."

The middle son of Harry Potter and Ginny Potter (née Weasley) and the best friend of Scorpius Malfoy. Singled out for his fame and magical ineptitude, Harry finds it hard to relate to his son's plight and the young Slytherin seeks to compensate for some of Harry's worst mistakes. 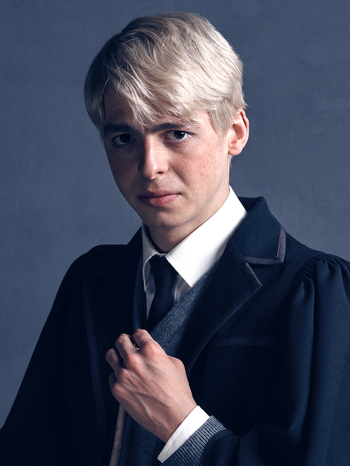 "This is mayhem to the nth degree. Which is great, thumbs-up great, it's just- I have got to say- I don't mind admitting- I am a tiny bit- just a tiny bit scared."

The son and only child of Draco Malfoy and Astoria Malfoy (née Greengrass). His isolated upbringing left him socially awkward and his only friend at Hogwarts is Albus Potter, who sucks Scorpius into a dangerous adventure.